Home » Crypto » The Reasons Why Japanese Crypto Exchanges are Shutting Down

Japan became a complicated legal environment for several crypto exchanges to continue providing their services, some of them have been already suspended, while others have withdrawn their application and prepare to close.

According to Nikkei Asian Review, Mr. Exchange and Tokyo GateWay have withdrawn their legal file submitted with the Financial Services Agency in Japan (FSA) in order to provide their services legally to users based in Japan.

“The FSA on March 8 ordered both to improve their data security and other safeguards after they were found to be lacking. The companies will leave the exchange business after returning clients’ cash and cryptocurrency holdings.”

Unfortunately, there wasn’t official report published by national press. However, Mr. Exchange declared on 8th March 2018 that the platform was asked to change its internal protocols in order to improve the operational system, given the hacker attack on Coincheck, which took place in January. We want to remind you that the incident left the platform’s wallets without $ 533 million worth in NEM crypto tokens.

According to Nikkei, platforms that have suffered losses as a result of a cybercriminal attack are forced to return users’ money in order to permanently suspend their activities.

FSHO and Bit Station were closed; Raimu and bitExpress have withdrawn their application

At the beginning of March, the Japanese authorities have closed two more crypto exchanges, FSHO and Bit Station, the reason being the impossibility of adjusting their security infrastructure to the requirements asked by the FSA. According to Nikkei, two other trading platforms have decided to drop their application submitted to the FSA because of the inability to solve the organizational problems. These are Raimu and bitExpress.

“More are expected to follow, as the FSA has given several exchanges a chance voluntarily close before ordering them to do so”.

Crypto platforms are legally required to register with the FSA since April 2017. Only half of the cryptocurrency trading platform based in Japan did this, while another 16 traders continued to operate until the agency would gave an approval or not. 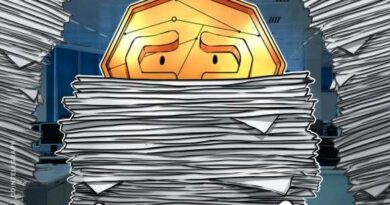 Paxos Trust Wants to Establish Its Own Crypto Bank