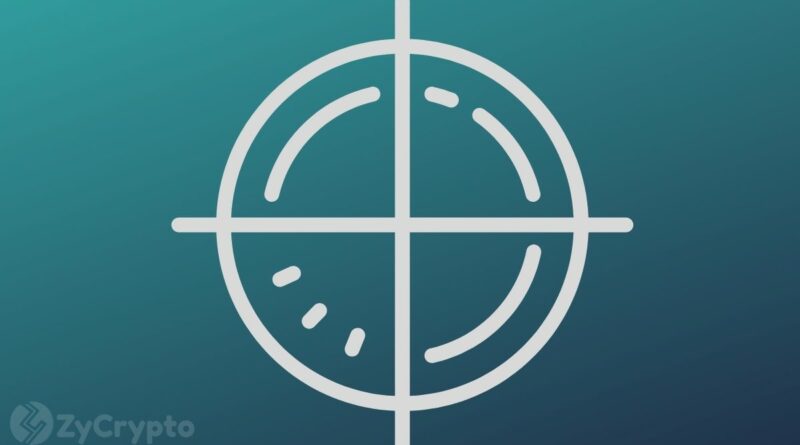 Shiba Inu, the meme token termed as the ‘Dogecoin killer’ is experiencing unrivaled growth. The asset has continued its rally from late last month into October. Even as the month is coming to a close, Shiba Inu is still racing to the top. Notably, the meme-coin has unseated Dogecoin, as some analysts predicted it would. Per our previous report, Shiba Inu claimed the 11th spot this week, after its 40% surge earlier this week. The asset was just beside Tether and two spots away from Dogecoin. However, Dogecoin was knocked down by Shiba Inu today. 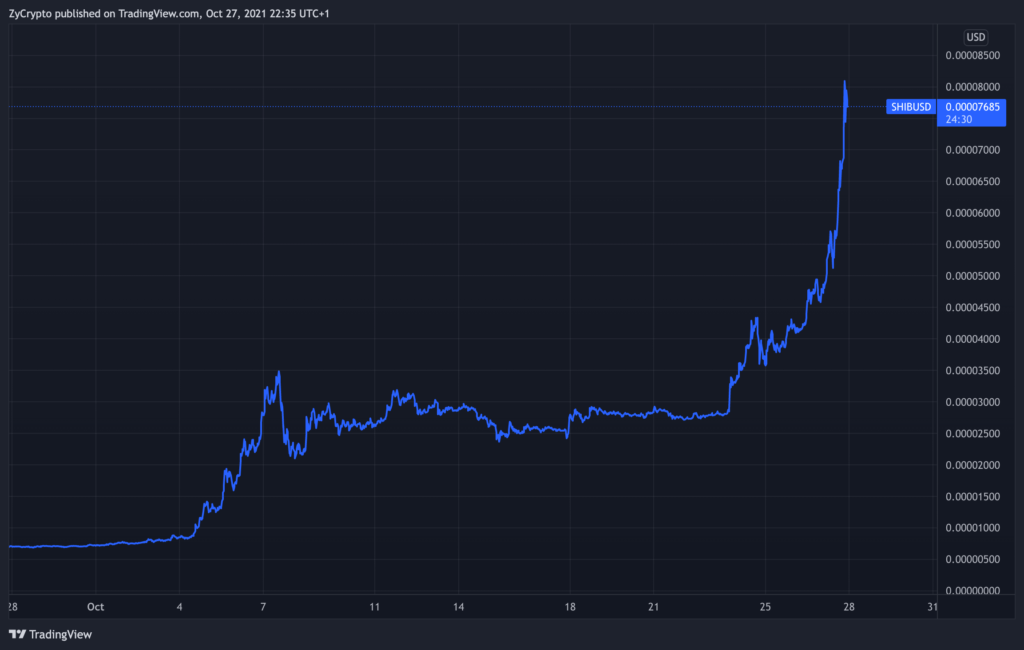 Shiba Inu, now the 10th most valued cryptocurrency by market cap, is the best-performing asset this week. Up over 66% within the last 24hours, Shiba Inu bulls are evidently headed for the top. Having secured more than 150% in gains for 7 consecutive days, Shiba Inu’s market cap is nearing that of the USD Coin. Right above the stablecoin is Polkadot (DOT) and (XRP). Whether the meme-coin will overthrow the aforementioned is unknown, although market players are confident that if SHIB bulls maintain this pace, the unexpected should be expected.

Shiba Inu’s upsurge is coming a day after Elon Musk stirred the market following his revelation that he didn’t own any Shib token. He made this known on Twitter and proceeded to make assertions to prove he is still very much a Dogecoin proponent. SHIB dipped by 10% after Musk’s tweet, before making a swift recovery to its current price level of $0.00008327.

Out of all the other new and emerging meme coins in the market, Shiba Inu is the first to live up to the “Doge killer” title. Dubbing a cryptocurrency asset the killer of another is a common practice in the cryptocurrency ecosystem. It is often used to refer to assets that the market considers to be more promising than an already existing one. Meme-coins like SafeMoon, Floki Inu have all been branded the Doge killer. But as it appears, Shiba Inu is the only meme coin that poses a threat to Dogecoin.

The coming months will be interesting for the meme coin market. For Shiba Inu, failure to maintain momentum at its current pace may lead to a dip in price value. On the other hand, maintaining stability at the new price levels will create more upside for the asset. 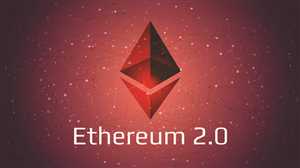 ? Bitcoin & the Crypto Markets are Flashing Green! ? What exactly is making the Price go up?