A medical emergency does not announce itself. In an emergency room setting, we may expect to be taken care of immediately but sometimes there are others who need to be seen to by doctors as well. In a scramble to take care of many patients, mistakes can be made. Canada’s CBC recently cited a report published by Emergency Medicine Journal which finds that “Patients are more likely to be misdiagnosed or experience treatment delays when hospital emergency room overcrowding leaves them being cared for in hallways.” What is even more striking is that 90 percent of 400 emergency room doctors that were surveyed at a medical conference admitted that they are ‘often or always changing’ the way they conduct physical exam when there is a lack of privacy.

Perhaps more objectiveness could prevent these misdiagnoses from being made. What would be even better would be an instant second opinion that could be given to a treating doctor, who could then have more confidence in making a decision even when hard pressed for time. This is where Artificial Intelligence (AI) could have a great role to play. Artificial Neural Networks (ANNs) could be trained by specialists to ascertain problems with patients and can be utilized by doctors looking for advice anywhere in the world. The Skychain project is an infrastructure blockchain which specializes in the training of these ANNs and they are trying to change the way medicine works.

Can you compare AI with human doctors?

Skychain has already built a working prototype that is ready to be tested and they conducted a competition between specialist doctors and their AI. The way it works is that the system is given diagnostic test results of patients and it has to evaluate the data and present a diagnosis. The doctors in the competition had to do the same. The results were surprisingly good and can be seen in the YouTube video that Skychain has put out. Since Skychain is a blockchain based system that would have a widespread user base, they have opted to take advantage of the distributed nature of blockchain. Tokenization further incentivizes widespread participation with specialists getting encouraged to train ANNs and participate in the wider ecosystem. The more participants use the system, the better it will be at guessing what is wrong with a particular patient and the more trained ANNs will be at the disposal of treating physicians.

Participate in future of medicine

Saving lives in an emergency room may be the domain of medical doctors, but helping them is something that can be done by members of the public. Community participation in the Skychain project is possible through the Initial Coin Offering (ICO) of the project that will end on April 8, 2018. Skychain Tokens (SKCH) are being sold to the public during this period of USD 1.25 per token. These tokens can be purchased with both Bitcoin and Ethereum. A total of 14.4 mln tokens have been put on sale. A white paper has been released by Skychain that lays down the details of the project as well as the ICO for potential investors. SKCH would play a central role in the development of the project and will also be useful for various transactions such as requests for an inference using a neural network, updation of a neural network, request for neural network training etc.  SKCH would also be the incentive that specialists will get when they train ANNs and as and when these ANNs are utilized by others.

Skychain team is built on expertise

The Skychain project is not only a ‘random good idea’ but it has come about due to a strong team that knows what they are doing. The founder Gennady Popov has a background in medical field and programming. He has ten years of experience as a programmer and worked on the automation of medical laboratories and automatic recognition of medical diagnostic images. Alexander Kuzmin, the Chief Operating Officer has been involved in projects that deal with AI in multi-agent systems and ANNs. The Chief Technology Officer Ivan Svistunov is a programmer since 2010 and an architect of industrial software products in the field of BigData, Highload and Cryptography. Other team members too come from technical backgrounds and have the capability to support the project through its evolution. How the project shapes up will redefine not only emergency care but also medicine itself.

Disclaimer: The opinions expressed in this article do not represent the views of NewsBTC or any of its team members. NewsBTC is not responsible for the accuracy of any of the information supplied in Sponsored Stories/Press Releases such as this one. 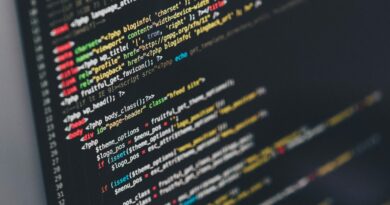