Sony are responsible for many a technological revolution, be that the Playstation itself, it’s flagship Xperia phones and even as far back as the development of the first Walkman, Sony are often considered to be at the forefront of new technology. Therefore, it’s surprising that really, this is the first time we are hearing rumours of a blockchain movement within Sony’s establishment.

The patent is for a Digital Rights Management system which is authorised through the blockchain. The essence of this is quite complicated, however in an attempt to keep it simple, it goes a bit like this:

Playstation 4 and the Playstation Network allows users to purchase games online, in order to play these games, they must have ownership of them. A Digital Rights Management system on the blockchain can allow the Playstation Network to verify transactions for game purchases which will in turn prove ownership, allowing for a simple way for Sony to ensure the games on the network are legitimate copies, licensed to the users who purchased them. This, is in a bid to clamp down on piracy ultimately.

This is still patent pending of course, however it could spearhead a new movement in online gaming, which could see more rights management and contracts produced within the blockchain.

Moreover, with Sony dipping their toes in the blockchain, does this suggest the cryptocurrency is next on their agenda? Regarding the range of Sony technology, from Playstation to Xperia, do we think these products could benefit from a cryptocurrency integration? One native to Sony?

Perhaps here, Sony could be looking towards facilitating cryptocurrency payments on their networks and moreover, maybe they will look towards the mining potential of Playstations and other hardware.

This is speculation based, but the benefits this hosts for Sony are almost endless. Now, we can’t see Xperia phones having native cryptocurrency wallets at the moment and of course, your PSN account probably won’t be accepting Ripple XRP payments any time soon, however, with Sony at least looking towards the benefits of blockchain technology, we should consider further implications of this. How might Sony grow in this industry, how can the industry make Sony better, and, moreover, how can Sony make the blockchain industry, better? 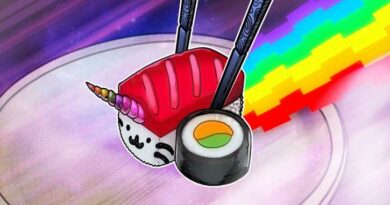