The Blockchain Leadership Summit organized in Zurich ended on March 9. Now it is time to draw conclusions from the speeches heard there.

Last Friday, Zurich in Switzerland played host to the Blockchain Leadership Summit, which was organized by startup-oriented network InnMind and blockchain company KICKICO, with IBM and Bitfury acting as partners. The keynote speakers were Prince Michael of Liechtenstein, Zug government member Matthias Michel, and Sergey Glazyev, an advisor to Russian President Vladimir Putin.

Prince Michael, who is the founder and chairman of Geopolitical Intelligence Services (GIS), said blockchain was an ideal tool for supporting and ensuring wealth preservation. He stressed that Liechtenstein’s financial sector – with all its components such as the trustee’s industry, banking industry, funds, insurance, and asset managers – is entirely focused on wealth preservation. Thus, blockchain would be of great value given its ability to record data in a transparent and immutable manner.

The prince revealed that Liechtenstein was poised to develop a cryptocurrency hub, something similar to what Switzerland has in Zug. He said that the country’s regulators had created a so-called “regulatory laboratory” specifically for cryptocurrencies in a bid to deliver the right balance of regulation. Prince Michael does not support excessive supervision in the financial markets.

In February, we reported that Crown Prince Alois of Liechtenstein wants to bet on blockchain and cryptocurrencies to restore his family’s wealth. On a side note, Liechtenstein’s royal family is the richest in Europe.

Kairat Kelimbetov, governor of Kazakhstan’s Astana International Financial Centre, said that blockchain was an unavoidable trend, whether jurisdictions like it or not. He revealed that Kazakhstan wanted to follow countries like Switzerland and Australia in encouraging new technologies and maybe create a blockchain center focused on the Commonwealth of Independent States (CIS).

Sergey Glazyev, who is an economic advisor to Putin, said via a video call that blockchain was an efficient tool for fighting corruption and fraud. He also referred to digital money, unveiling that Russia might combine the traditional form of money with some form of digital currency. This would help users avoid confiscations, political sanctions, theft, or fraud. 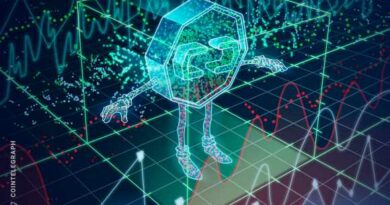