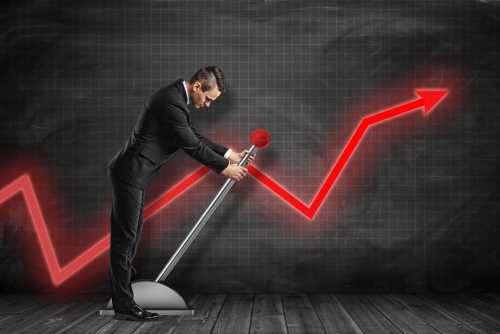 Bitcoin price started a fresh increase above the $45,000 resistance zone against the US Dollar. BTC is likely to continue higher towards the $48,000 level in the near term.

There was a clear break above the $44,000 resistance zone. Besides, there was a break above a major bearish trend line with resistance near $44,000 on the hourly chart of the BTC/USD pair. The pair is now trading above $45,000 and the 100 hourly simple moving average.

A clear break above the $46,500 resistance zone might trigger another increase. The next major resistance is near the $47,200 level. Any more gains could lead the price towards the $48,000 level.

If bitcoin fails to climb above the $46,500 and $47,200 resistance levels, it could start a downside correction. An initial support on the downside is near the $45,650 level.

Hourly MACD – The MACD is slowly losing pace in the bullish zone.

Hourly RSI (Relative Strength Index) – The RSI for BTC/USD is now above the 50 level.

TRON Price Analysis: TRX Continues to Be the Strongest Performing Cryptocurrency in the Top 20 Over the Past Month

Ethereum Dives 7% But This Variable Can Trigger A New Rally