Home » Crypto » The FTX contagion: Which companies were affected by the FTX collapse? 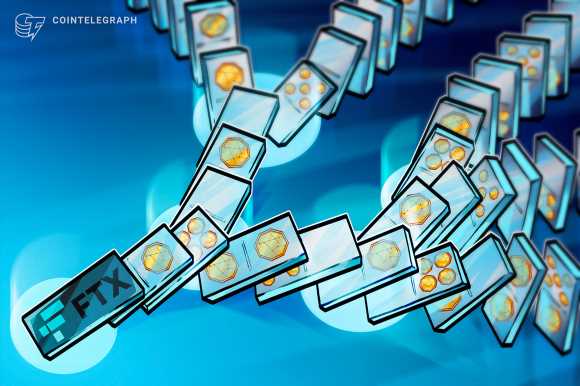 While the FTX collapse may have had a severe effect on the broader crypto market, some companies bore the brunt of the impact and were directly hit by the storm that the embattled crypto exchange brought.

Here are some of the affected companies that Cointelegraph tracked up to Nov. 17, 2022.

Institutional trading firm Genesis announced on Nov. 11 that it had $175 million in locked funds within the firm’s trading account in FTX. However, the company noted that this does not have an impact on its market-making activities. Furthermore, the trading firm clarified that this exposure is not material to the business and won’t get in the way of its operations.

While the company had trading relationships with the crypto exchange, the firm also clarified that it does not have an ongoing lending relationship with FTX or Alameda Research.

Blockchain financial services company Galaxy Digital recently disclosed its $76.8 million exposure to FTX. Within the amount, the firm highlighted that $47.5 million is already in the process of being withdrawn. Despite the exposure, the company highlighted that it still has $1.5 billion in liquidity. This includes $1 billion worth of cash and $235.8 million in stablecoins which can cover its losses.

In a letter addressed to its limited partners, venture capital company Sequoia Capital announced that its $213.5 million investment in companies FTX and FTX US is now worth $0. The firm admitted that the FTX debacle spurred a solvency risk. Despite this, the venture capital firm claimed that its exposure is limited and offset by their gains. The firm wrote in a letter:

“The $150M loss is offset by ~$7.5B in realized and unrealized gains in the same fund, so the fund remains in good shape.”

Hedge fund Galois Capital has admitted that part of its funds is stuck on FTX. In a letter to investors obtained by the Financial Times, the firm reportedly has half of its capital still stuck on FTX. The amount is estimated to be around $100 million, based on the firm’s assets under management as of June.

As the FTX collapse hit the market, crypto lending firm BlockFi has also admitted having “significant exposure to FTX and associated corporate entities.” However, the firm denied rumors that the majority of its assets are held within the FTX exchange. In an update, the firm wrote:

On Nov. 11, the company limited activities on its platform and halted client withdrawals. The firm also advised clients to not deposit to its BlockFi wallets or Interest Accounts.

Kris Marszalek, the CEO of exchange Crypto.com, recently assured its customers that the $1 billion worth of assets that the exchange moved to FTX was fully recovered. The CEO highlighted that their exposure to the firm is only under $10 million. Marszalek also told users that the exchange will not be halting withdrawals and denied allegations of using their native token as collateral for its loans.

Crypto market maker Wintermute, the firm that made headlines after losing $160 million in a hack, has also admitted that it had some remaining funds on the FTX exchange. They tweeted:

While the company did not disclose the amount it held on FTX, the firm assured its followers that the amount is within its risk tolerance and will not have a huge impact on its financial position.

Venture capital firm Multicoin Capital reportedly has around $863 million in assets frozen within the FTX exchange. In a letter reported by The Block, the firm highlighted that it has 10% of assets under management within its Master Fund that’s stuck on the exchange.

Digital asset trading group Coinshares also disclosed its limited exposure to the FTX exchange in an announcement posted on Twitter. The firm noted that it was able to reduce its overall exposure to $31.5 million and assured its community that the firm’s financial state remains strong.

Financial services firm Amber Group has announced that it has been an active trading participant on the FTX exchange and has withdrawals yet to be processed. Despite this, the company stated in an announcement that the exposure is only limited to less than 10% of its total trading capital. The firm assured the community that the amount does not threaten its liquidity or its operations.

In a blog post, investment firm Pantera Capital noted that it suffered some risks and losses from the FTX collapse. This came from the firm’s Blockfolio acquisition which was in FTX Tokens (FTT) and FTX stock. According to the announcement, the firm liquidated as much FTT as it could on Nov. 8.

While crypto lender Nexo admitted to having a small loan to Alameda Research, the firm highlighted that the amount was less than 0.5% of their total assets. The loan was fully collateralized by digital assets and was sold according to an announcement. The firm was also able to dodge a potential $219 million loss by withdrawing its entire balance from the FTX exchange.

Related: No red flags at FTX despite 8 months of ‘extensive due diligence:’ Temasek

Apart from the companies mentioned above, companies like Nestcoin laid off some of its staff because it was unable to withdraw its assets on FTX. Meanwhile, decentralized finance firm Liquid Meta announced that it also held around $7.5 million in FTX. Furthermore, Voyager Digital which was set to be acquired by FTX announced the reopening of its bidding process. FTX’s bankruptcy filing also estimates that it has more than 1 million creditors. 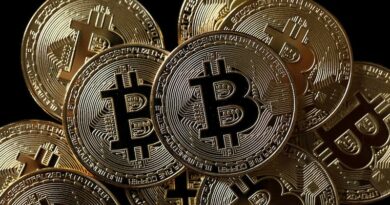 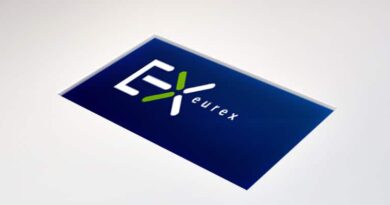