Home » The SEC Is Again Looking at Bitcoin ETF Applications 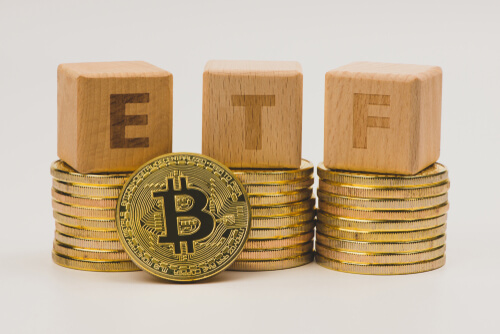 We are back at it again, folks. The bitcoin-based exchange-traded fund (ETF) game is in play all over again in the United States as the Securities and Exchange Commission (SEC) is now reviewing bitcoin ETF applications submitted by companies such as Fidelity and Sky Bridge Capital, led by Anthony Scaramucci.

There Are Still Questions Surrounding a Bitcoin ETF

The big question is not whether these products are good or useful in some way, but rather if the SEC finally has what it takes to open its mind and eyes and accept them for what they are. The idea of a bitcoin ETF is nothing new; the first application was submitted in 2017 during a time where bitcoin was rising but still heavily misunderstood, and as a result, the SEC practically said “no” without even examining the details.

From there, many companies have tried their hand at submitting bitcoin ETF applications, hoping to be the first enterprise to get a greenlight. While some have come close – such as Van Eck and Bitwise – nothing has ever come from these attempts, and the SEC remains just as stuck as it ever was. Now, the United States – known for its innovation in industries such as finance – has fallen behind its neighbor to the north Canada, which ultimately became the first nation to approve both a bitcoin-based ETF and an Ethereum-based one.

Hester Pierce – an executive with the SEC who has been dubbed the “Crypto Mom” due to her open-minded thinking when it comes to digital currency products – was quick to take notice of this approval, and ultimately scolded the U.S. and the SEC in “mom fashion,” claiming that the agency was too slow in accepting the possibilities. She says that a bitcoin ETF should have already been approved, and there are probably many financial firms out there that agree.

But will the SEC step aside and allow innovation to occur? To be fair, crypto traders have been waiting for this day for quite a while, and the SEC has seemingly done all in its power to push things back and delay the decision-making process. For example, one of the applications allegedly under review came by way of Van Eck, which has attempted to trek this route on numerous occasions.

What Will the SEC Do?

The SEC announced in April that it was delaying its decision regarding the application as it wanted to take the “appropriate” amount of time to look things over. Ultimately, the review process can be delayed by up to 240 days, though whether crypto fans are willing to wait that long is a whole other debate forum.

They have already given the SEC several years to decide. However, the good news is that it appears things may be moving in their favor given how many institutions – such as Tesla – have invested in BTC and cryptocurrencies, and the digital asset world’s market cap has expanded to unprecedented levels. This could potentially cause the SEC to take the situation a little more seriously.

How Blockchain, Artificial Intelligence and Sensors Will Transform Airports 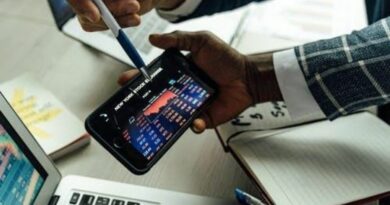