Twitter is finally making moves to halt the plague of cryptocurrency scams on the platform, according to Bloomberg.

Cryptocurrency scams such as from pump and dump schemes and fake ICO offers have been prevailant across numerous social media channels for a long time now. Examples include a fake Charlie Lee (creator of Litecoin) profile that promoted a fake cryptocurrency raffle, and a fake Elon Musk (@elonmuskik) writing: “Just for today I’ve decided to give away 3,000 ETH to my fans. Simply send 0.4-4.0 ETH to my address and I’ll send you back 5-40 ETH. If you are late, your ETH will be sent back.”

The latter post gathered hundreds of likes, according to Newsweek.

John McAfee is another example. McAfee is a big fan of cryptocurrency, to the extent that he was suspected of pumping cryptocurrencies himself (although that was never proven). He has also been targeted.

Emin Gün Sirer, an associate professor at Cornell University, said to Bloomberg: “Crypto-spam reached untenable proportions recently. It was impossible to discuss any topic without having some spammer jump in, impersonate a cryptocelebrity, and try to collect coins from people with promises of easy gains.”

Twitter is now responding to the epidemic. It released a statement to Newsweek: “We’re aware of this form of manipulation and are proactively implementing a number of signals to prevent these types of accounts from engaging with others in a deceptive manner.”

At the time, product management director Rob Leathern said: “We want people to continue to discover and learn about new products and services through Facebook ads without fear of scams or deception. That said, there are many companies who are advertising binary options, ICOs, and cryptocurrencies that are not currently operating in good faith.”

Recently, it came to light that fraudulent cryptocurrency applications numbering in the hundreds are being actively sold on the Apple and Google application stores – on one occasion, a fake app appeared at the top of the list of most widely-sold applications at Apple, and three fake Bitcoin applications were downloaded approximately 20,000 times from the Google Store before they were removed.

How Did I Become Interested in QAnon and Pizzagate? 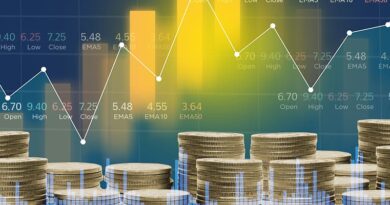