The U.S. Federal Trade Commission said Friday that it obtained a court order to freeze the ‎assets and halt activities of four individuals for allegedly operating a cryptocurrency ‎Ponzi scheme.‎

The FTC alleges that the fourth defendant Scott Chandler, ‎who ran his scam since February 2017, duped victims into ‎investing in the crypto investment pool, which promised ‎outsized returns. ‎

Chandler preyed on victims interested in ‎virtual currency, promising them the opportunity to double ‎their investment in 50 days, when in reality they only bought into ‎his deceptive money-making scheme. The result, according to ‎prosecutors, is that investors generally lost most if not all ‎of their invested funds.‎

Investors were also convinced to invest in ‘Bitcoin Funding Team’ based ‎on the impressive performance of the cryptocurrency in ‎‎2017, wherein its price saw value gains of nearly 1000% ‎at its high point in January. They were to get back their ‎entire principal after a few days and turn a payment of $100 into ‎‎$80,000 in monthly income, yielding an effective monthly return of ‎‎8000%.‎

As in all Ponzi schemes, the purported performance ‎reports were fake, and payouts of supposed profits ‎actually consisted of other customers’ misappropriated ‎funds.‎

Conspiracy and securities fraud charges, as well as ‎charges of operating an unauthorised investment pool, will ‎be unsealed in court against the four men, the US ‎authorities said.‎

Tom ‎Pahl, Acting Director of the FTC’s Bureau of Consumer Protection, commented: ‎“This case shows that scammers always find new ways to market old schemes, which is ‎why the FTC will remain vigilant regardless of the platform – or currency used. The schemes the ‎defendants promoted were designed to enrich those at the top at the expense of everyone ‎else.”‎ 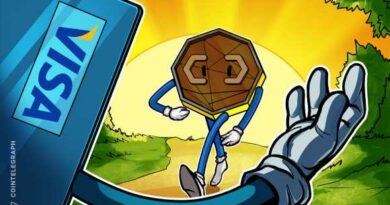 Crypto frenzy may be winding down, Visa CFO says