The U.S. Department of Justice (DoJ) is looking to hire a trial attorney for its Digital Currency Initiative (DCI). In its job post, the department outlined that the successful applicant will serve as an expert on digital currencies and blockchain technology. The position will be in the department’s money laundering section.

In the past few years, the DoJ has become extensively involved in the world of digital currencies. The DoJ has brought charges against several operators in the industry, from the BTC money launderers on the dark web to the unlicensed digital currency businesses and the outright scammers.

One of the departments that have become quite prominent in this regard is the Money Laundering and Asset Recovery Section (MLARS). This department pursues criminal prosecutions and forfeiture actions against those engaged in money laundering, sanctions violations and violating the Bank Secrecy Act.

The DoJ is seeking to grow this department by bringing onboard a new trial attorney. In a job post on its website, it stated that the attorney would serve “as a subject matter expert on digital currency and blockchain technologies for the Criminal Division.”

The attorney will also be charged with identifying unexploited opportunities to target for money launderers as well as prosecute matters of national significance involving offenders of digital currencies. He/she must also work closely with U.S. Attorney Offices, investigative agencies and other components of the DoJ.

To qualify for the role, candidates must have “extensive knowledge pertaining to digital currencies and blockchain technology.”

The new position comes at a time when the DoJ has grabbed headlines for seizing a sizeable amount of the BTC that the Colonial Pipeline hackers made away with as ransom. Colonial Pipeline payed over $4 million to DarkSide, a Russia-affiliated hackers’ group that had taken over its systems. However, on June 7th, the DoJ revealed that it had recovered $2.3 million, or 63.7 BTC.

“Following the money remains one of the most basic, yet powerful tools we have,” Lisa Monaco, the Deputy Attorney General, commented at the time.

‘Following the money’ in the digital currency world is becoming increasingly critical at a time when authorities are working to stamp out crime from the industry. With this rise has come more funds and expertise into blockchain analytics, with firms like Elliptic and Chainalysis leading the pack. In March 2021, the latter raised $100 million at a $2 billion valuation, which was twice what it was worth just four months prior when it had raised a similar amount. 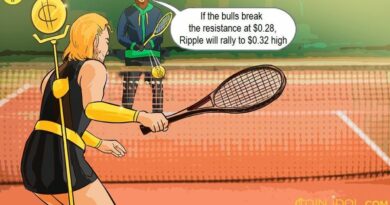 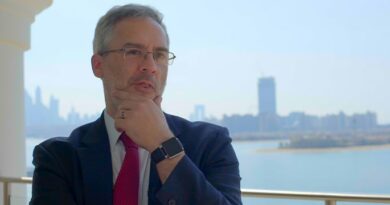 Robert Rice: The man shaking up industries by converging AR and VR with blockchain tech