If you are searching for information about where to buy Dogecoin, then you are in the right place. Dogecoin (DOGE) has been one of the hot topics this year as investors from all over the world rushed to this virtual currency. The price of this crypto asset surged to massively high levels and things could continue in this way in the coming years.

But the question remains: where to buy dogecoin stock? Well, let us tell you that you cannot buy Dogecoin stock. But we will go into the details in this post. But don’t panic, there is still a way to buy Dogecoin that is much easier than you think. Let’s get started!

What is Dogecoin (DOGE)?

Dogecoin or DOGE is a cryptocurrency that became popular in recent years due to different reasons, which we will discuss in the next section. This virtual currency was created back in 2013 as a “joke currency.” It started as a fork of the Litecoin (LTC) network and it now became the 7th largest digital asset in the world after surpassing large virtual currencies such as Bitcoin Cash (BCH) or even XRP.

The coin was also created as a meme virtual currency that was based on the “Doge” internet meme. Its logo is the Shiba Inu dog that became popular on the internet and it is highly associated with this digital asset.

Dogecoin developers have been working during the first years after releasing the coin, but then they decided to leave the project behind. There have been some community members that tried to start new projects but they couldn’t bring a lot of attention from the crypto industry.

Billy Markus is the founder of Dogecoin and it worked side by side with Jackson Palmer in order to released Dogecoin to the market. The goal was not to be the currency that would surpass Bitcoin (BTC) – as many wanted at that time – but instead, to attract BTC buyers to purchase this coin.

Indeed, the coin was firstly used by tippers on the popular social media network Reddit and even on Twitter. Additionally, the Dogecoin community has been involved in different unique projects to raise awareness about virtual currencies in different regions. There have also been several caritative events that have been funded with DOGE over the last few years.

In recent years, Dogecoin became more of a speculative asset than in the past. While it had always had bullish and bearish periods, the recent expansion thanks to Elon Musk has been certainly massive. Some analysts are even wondering whether DOGE price could hit $1 in the future.

Why did Dogecoin Become so Popular?

Dogecoin became so popular because of different reasons. The first thing to consider is related to its use as a meme virtual currency. DOGE supporters promoted the digital assets on different social media networks with the goal of reaching an even larger audience. And they achieved very good results after almost 8 years of being released to the market.

Secondly, Elon Musk has been a strong promoter of this virtual currency on many different occasions. For example, a few years ago, Elon Musk claimed to be CEO of Dogecoin. He changed his Twitter profile for a short period of time.

Elon Musk as the CEO of Tesla is a very influential person in the financial markets. It has also attracted a lot of attention from younger generations. A large number of investors started to buy Dogecoin through different smartphone apps and the price of DOGE suddenly skyrocketed to unexpected prices.

In just a few months, Dogecoin moved from being the 30th largest digital currency to the 7th position, surpassing other large-cap cryptos such as XRP, Monero (XMR), Bitcoin Cash or even Litecoin.

This market expansion came at a moment in which the subreddit WallStreetBets started pumping a large number of stocks. As Dogecoin became so popular, some of these users that couldn’t catch the first market pump decided to move to the cryptocurrency market and buy Dogecoin.

In this way, DOGE was not only able to surpass previous all-time highs but also become one of the largest digital assets in the market. Surprisingly, after months from this price expansion, DOGE maintained its position among the top 10, which shows many investors didn’t sell their coins to the market.

The main question is: for how long DOGE will remain so high? If you are wondering about Dogecoin and where to buy it, then you can follow the next sections. They will help you get the necessary information you should have about how to buy Dogecoin.

Where to Buy Dogecoin (DOGE)?

First of all, you should know that Dogecoin is not a stock. You cannot buy Dogecoin as if were a stock such as AAPL or TSLA. Indeed, DOGE is a cryptocurrency. This is a very important difference that we should take into consideration if you want to buy Dogecoin.

Despite this difference being clear, there are individuals that use these terms interchangeably. Dogecoin is a cryptocurrency and it would follow different rules when compared to stocks. But there are also some similarities between digital assets and stocks: booths of them, for example, have fluctuating prices.

As a cryptocurrency, you will need to find the right platform for you to acquire Dogecoin. You need to find a cryptocurrency trading platform (crypto exchanges) that would let you buy the digital assets you want (not only DOGE). These platforms work in a similar way as brokers in financial markets.

You deposit funds through a wide range of payment methods and you can then purchase DOGE. Moreover, you can withdraw your DOGE or sell them for fiat currencies and withdraw them to your bank account. It is up to you to decide which trading platform you use.

The following is a list of cryptocurrency exchanges that will let you buy Dogecoin. It is up to you to decide which of these exchanges you use.

Binance is known as the largest and most popular crypto platform in the world. It was released in 2017 and it expanded surpassing even already established exchanges such as Coinbase or Poloniex. Nowadays, Binance is a clear leader in the industry and it has been offering a wide range of solutions to crypto users from all over the world. 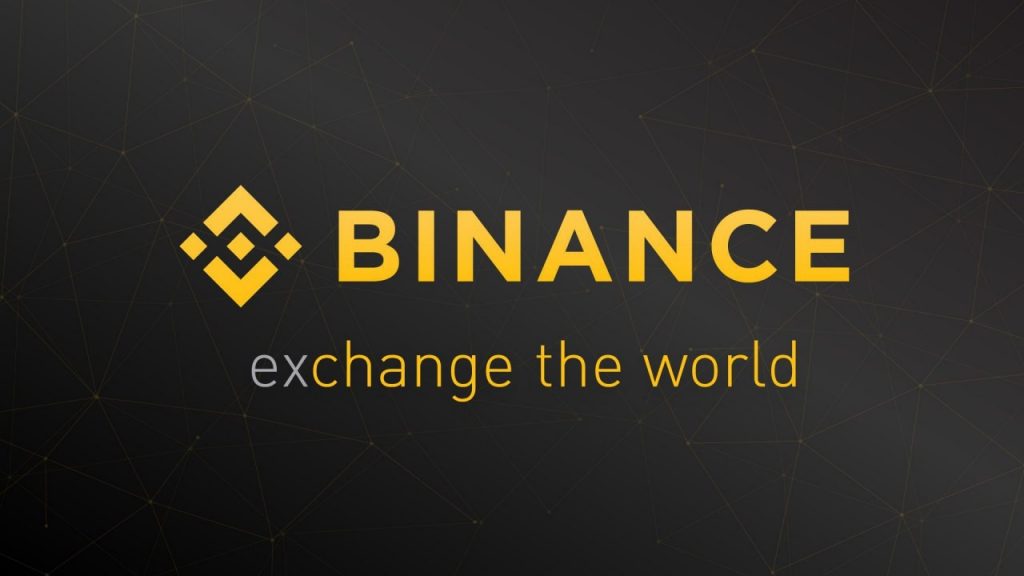 If you want to buy Dogecoin, then Binance could be one of the best platforms for you. This exchange is available in most jurisdictions and you can get access to numerous features. For example, you can deposit funds on the exchange and use its DeFi solutions, you can stake your coins and you can also borrow funds.

There are many things that you can do with Binance. Instead, if you are a trader, you should know that this platform has also added support to margin trading and futures. That means that you would not only be able to purchase digital assets and sell them, but you can also use more advanced trading solutions.

This is a great option for investors that want to buy Dogecoin but that want to also trade and execute advanced trading strategies in the cryptocurrency market. These are just some of the main characteristics of this exchange, but there are many others that you should also analyse.

Coinbase is also known in the market as one of the most recognized and secure exchanges in the world. This platform located in the United States has been operating in the crypto industry for several years and it is now one of the best exchanges to purchase digital assets.

This exchange has many different strong points. Coinbase has been chosen by millions of users from all over the world due to the way in which it allows users to buy virtual currencies. Its user interface is quite clear and it is a very easy-to-use platform.

This exchange is also present in most jurisdictions. Additionally, it also offers support to several fiat currencies, which is a key thing to onboard new clients. Users that want to buy Dogecoin would be able to do so in just seconds and through a very easy-to-use system.

KuCoin is another platform that supports DOGE. If you want to buy Dogecoin, you should also consider KuCoin as one of the main platforms where you could do so. One of the main advantages of KuCoin is the fact that it supports a wide range of virtual currencies that are usually not present on other platforms.

This exchange is also considered to be a close competitor to Binance due to the large number of services it is currently offering. Compared to Binance, it has added support to tokens that are not listed on the largest exchange. Indeed, KuCoin is usually one of the places where traders could find some of the “gems” in the crypto space.

KuCoin is also known for caring about users’ privacy. Indeed, it was one of the exchanges that didn’t require users to pass KYC controls. This is one of the reasons why it expanded as an alternative exchange.

Thus, if you want to buy Dogecoin and trade it against other trading pairs, this could be one of the best platforms to do so. Additionally, you will also find that the exchange has unique trading pairs that are currently only available on KuCoin.

OKEx is also a recognized cryptocurrency exchange that is offering solutions to thousands of users from different countries. This platform could also help you to buy Dogecoin in just a few simple steps.

This exchange is present in several jurisdictions, which means that you shouldn’t have problems using it to buy Dogecoin. Additionally, it has added support for several coins and digital assets. If you want to also engage in other crypto-related activities, this platform is expanding the offering of solutions it has. 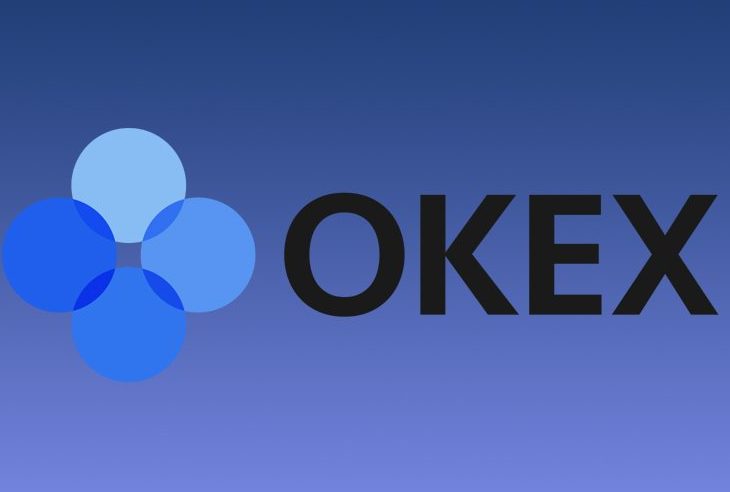 This cryptocurrency platform could be one of the best ways to buy Dogecoin due to the numerous payment methods supported. You can purchase digital assets using debit or credit cards and in just some minutes. That’s great, isn’t it?

OKEx is also one of the largest exchanges in terms of trading volume, which means that traders will have large liquidity to trade their digital assets. If you are a Dogecoin lover, then this exchange offers you all the necessary tools not only to handle your DOGE, but also to get access to many other solutions.

Although it could have been very difficult for Dogecoin to reach a price of $1 per coin, it seems more possible nowadays. This information shouldn’t be considered investment advice. Nowadays, DOGE sits at $0.317 per coin, making it the 7th largest in the market after Bitcoin (BTC), Ethereum (ETH), Cardano (ADA), Binance Coin (BNB), Tether (USDT) and XRP.

It also has a market valuation of $41 billion. If the entire cryptocurrency market continues to move higher, then there are large possibilities of Dogecoin reaching $1 per coin. The highest price ever reached by this virtual currency has been $0.60 a few months ago when everyone wanted to buy Dogecoin.

Bitcoin and Ethereum are usually the digital currencies we should follow in order to understand how the whole crypto market will behave. If these coins move higher, then there are high possibilities of other altcoins to follow.

In this guide, we have told you how to buy Dogecoin and how you can also get access to many other crypto services. You also know which are the things you should analyse when investing in Dogecoin and which has been DOGE history since it was created.

The future for Dogecoin looks bright. Nonetheless, we should also consider that this is a meme cryptocurrency with few use cases. Moreover, DOGE is also highly dependent on what some key figures say or do and this could increase the volatility of this virtual currency.