Home » Why Most Crypto Traders Are Banking On These Three Altcoins 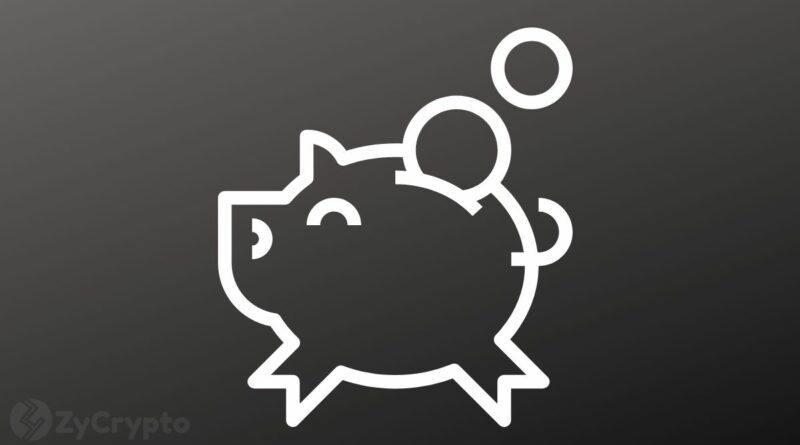 It has been a galore of new developments for the cryptocurrency ecosystem this month. The second quarter had kicked off quite intensely for Bitcoiners who witnessed a sharp decline in market value as the asset shaved 30% over the past few days.

However, the spotlight is on three altcoins, which by analysts’ standards, may be one of the most risk-associated assets at the moment, but are inevitably positioned for a breakout.

In terms of price and overall market value, Cardano is already going to the moon. While many altcoins have been on the receiving end of the bear market despite struggling to remain afloat, Cardano (ADA) has remained a unique beneficiary at this time.

After the energy consumption level of assets became a trending topic in the community, investors have begun to turn their gaze to assets like Cardano ADA, making it one of the most attractive altcoins in the near term. 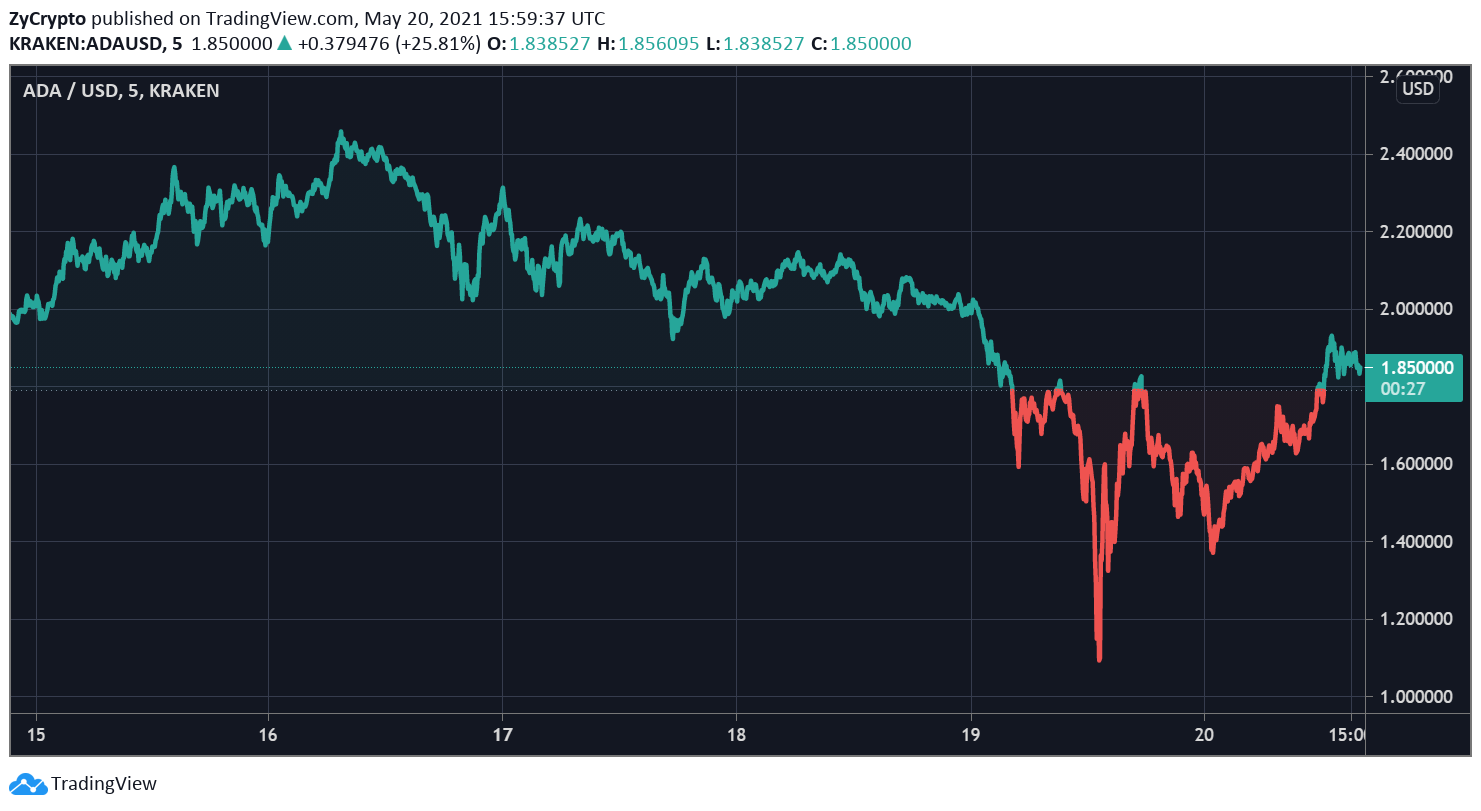 Cardano also managed to defy the market wreck to hit a new high of $2.37, while the market cap surged to $73 billion. With investors banking on Cardano being a flagship POS energy-friendly network, it will be unsurprising that the increased buying interest sends the 4th largest asset to new highs in the long term.

SafeMoon: the new kid on the block

The new kid on the block SafeMoon has recently seen exponential price rallies and quite an immense social media buzz, making it one of the few assets to successfully evade the bloodbath.

After getting a shout-out from Barstool Sports CEO Dave Portnoy, who revealed that he invested $40,000 in the asset, the cryptocurrency community went haywire, while analysts warned against intense market volatility.

In the long-term, as the project continues to list on exchanges, a handful of analysts believe that the newbie effect could hit and send SafeMoon to a higher price value. However, whether the asset will be able to maintain the new price levels is a question that must be left to time.

Dogecoin remains as promising as ever

At this point, the future of Dogecoin is evidently promising. Asides from the support from Elon Musk, which has carried the asset for the most part of the year, institutional interest may skyrocket when big hands like Coinbase finally put the asset up for trading.

Recall that in its first quarter earnings calls, Coinbase revealed: “we plan to list Doge in the next six to eight weeks. And then more broadly, we’re going to be focused on how we can accelerate asset addition in the future.” 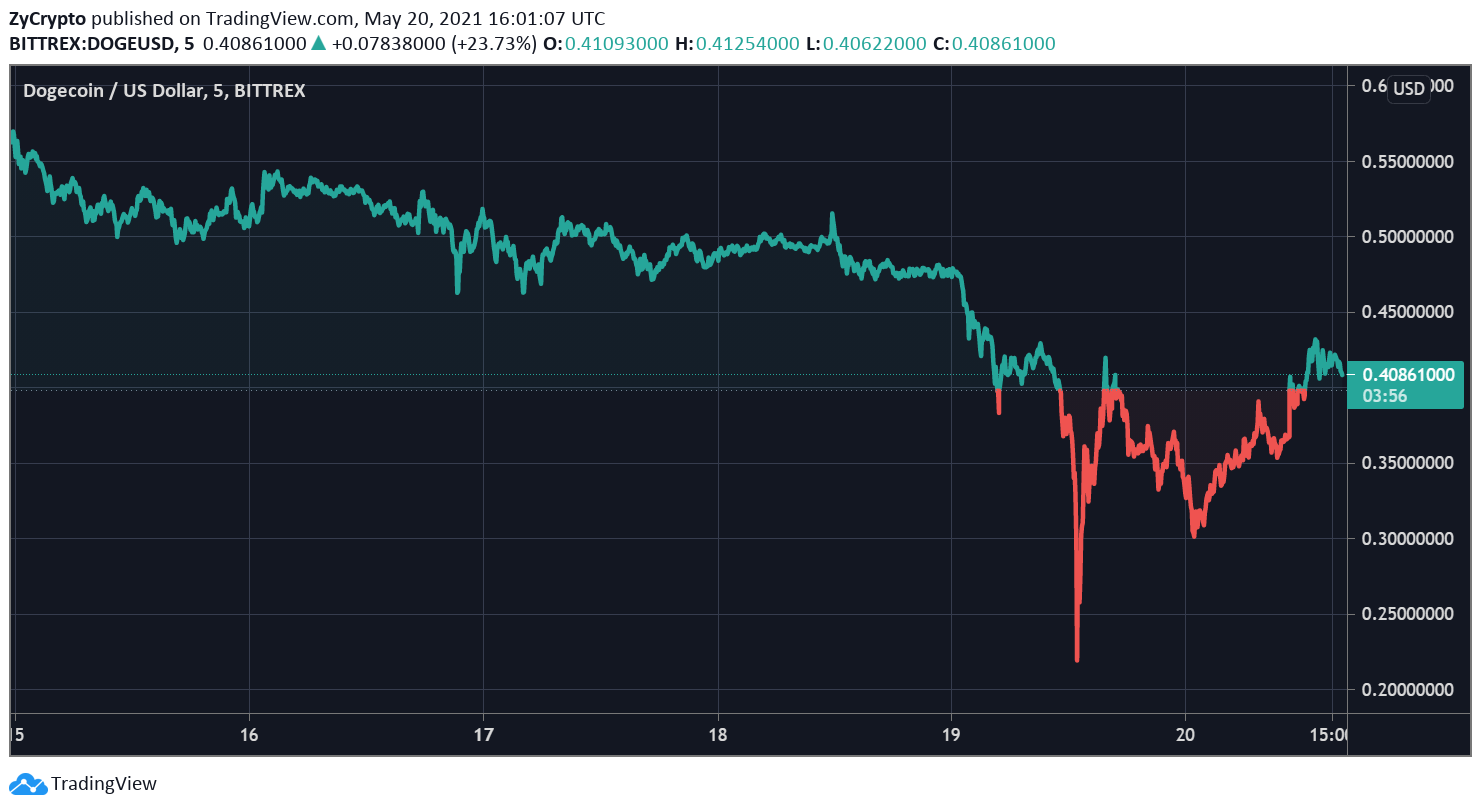 There has been a fair share of market pundits predicting that the DOGE rally is a big bet. At the same time, many more believe that the institutional support could reflect bullish price performance in the coming months.

Exchange Hacks Are On The Decline, Bank Says