The western state in the U.S. known for its vast plains and rocky mountains will now also be known as the first jurisdiction in the nation to formally identify cryptocurrencies as a new asset class. Despite, or maybe because of, its wild west pedigree, Wyoming has become a pro-crypto state.

One of the most important bills passed was House Bill 70, as it defines cryptocurrencies. Both the Securities and Exchange Commission (SEC) and the Commodity Futures Trading Commission (CFTC) remain unable to decide if digital tokens are securities or commodities. The CFTC has defined bitcoin and other convertible digital currencies as commodities.

To encourage the development of blockchain-based businesses in the state, the bill exempts “utility tokens” from Wyoming’s securities regulations. The bill was passed on March 6th. Hoping to set the tone for the federal government and other states, Caitlin Long, Co-founder of the Wyoming Blockchain Coalition said:

“The state of Wyoming is the first elected body in the world to define a utility token as a new type of asset class different from a security or commodity.”

Then There Were Four

The other bill the Wyoming Senate passed is House Bill 126. HB126 permits the creation of ‘Series LLCs’, allowing companies to create series’ of assets, transfer rights, and distributions to members.

House Bill 19, House Bill 70, and Senate Bill 111 were all signed by Governor Matt Mead and will be effective from July.

Wyoming Senate Ahead of the SEC and CFTC

Wyoming has not been caught like a deer in headlights. In moves that have been anticipated, these positive legal developments come at a time when the SEC and the CFTC continue to grapple with how to define cryptocurrencies. The SEC considers virtual currencies and tokens as securities. Conversely, Jack Weinstein, a federal judge in the Eastern District of New York declared:

“[V]irtual currencies can be regulated by the CFTC (Commodity Futures Trading Commission) as a commodity.”

“[…] very positive for the cryptocurrency community if Congress can break the tie and clarify everything. It’s very exciting that Wyoming is the first state to define what a utility token is, setting an example of how this could become a standard under federal law. I do believe that the Wyoming approach will work under federal securities law and am optimistic the SEC will agree.”

A number of U.S. states now allow taxes to be paid in cryptocurrency, but the Wyoming laws are far broader in reach. The moves will undoubtedly encourage crypto enthusiasts. They may also portend a shift in the U.S., where the cryptocurrency market is sorely in need of clarity, uniformity, and legal certainty.

Will other U.S. states join Wyoming in embracing cryptocurrencies and blockchain technology? Let us know your thoughts in the comments section below. 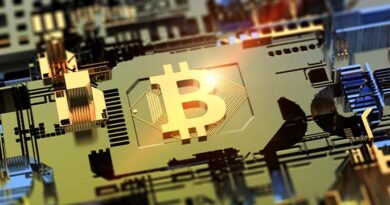 SEC Opens To Crypto, But Kik Still Left Out