Diane Katz: How excessive regulation is a major threat to our economy

Diane Katz, a Senior Research Fellow at The Heritage Foundation, explains why the government’s excessive regulation will have lasting negative effects on our economy.

The Trump administration’s regulatory agenda includes much-needed reform of the rulemaking process and the repeal of several major rules. But the president alone cannot tame the regulatory state (especially while threatening to regulate internet platforms).

Congress and the judiciary must also pursue reform and refrain from further expanding regulators’ powers. While incremental progress is possible, powerful forces favor the status quo, which makes substantive reform difficult to achieve.

But at least the U.S.’s economic freedom score this year is the highest since 2011—a result, in part, of President Donald Trump’s reform efforts. 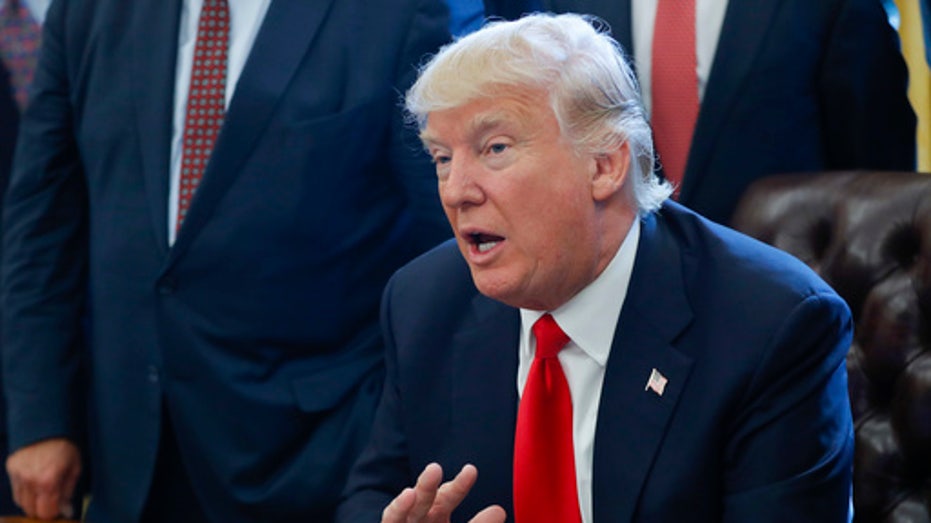 President Donald Trump speaks before signing an executive order in the Oval Office of the White House in Washington, Friday, Feb. 24, 2017. The executive order would establish regulatory reform officers and task forces within federal agencies a part

The Trump administration has curtailed the unparalleled regulatory expansion of the Obama years, during which the regulatory burden increased by $122 billion annually, according to analyses by the Heritage Foundation. That increase was nearly double the $68 billion in annual regulatory costs imposed on the private-sector during the George W. Bush administration.

To date, the Trump administration has issued 55% fewer regulations than his two predecessors had prescribed at the same point in their administrations. During Trump’s first 32 months in office, only 121 “major” regulations (i.e., rules that are anticipated to impose costs in excess of $100 million annually) have been issued, compared to 223 under Obama and 133 under Bush.

Slowing the output of new rules is essential, to be sure, but the federal stockpile of regulations—exceeding 185,000 pages of the U.S. Code—continues to impede investment, innovation and job creation. According to the Office of Information and Regulatory Affairs, the private-sector paperwork burden now totals 11.2 billion hours annually at a cost of $139.5 billion.

Ultimately, however, the federal regulatory system is so difficult to reform because it is a political spoils system — one by which various special interests impose their will on the public and profit from government favor.

Regulatory repeal by a president is a cumbersome process involving years of administrative wrangling, including a statement of rationale, analyses of rulemaking alternatives and solicitation of public comment.

There are also constitutional limits on the president’s powers to reform the regulatory process. For example, the White House cannot countermand regulatory directives from Congress, nor can it restrain Congress from delegating legislative authority to federal agencies. And while the president does influence the judiciary through his nominations to the federal bench, he cannot stop the courts from continuing to grant inordinate discretion to regulators.

Ultimately, however, the federal regulatory system is so difficult to reform because it is a political spoils system — one by which various special interests impose their will on the public and profit from government favor.

Excessive regulation and the regulatory state

In contrast to the president’s commitment to reform, his apparent sympathy for internet regulation is deeply troubling. Facebook, Google, and other dominant platforms do wield enormous influence, but they are not public properties and should not be treated as such. Ill-conceived regulation would actually secure their market dominance rather than erode it (which is part of the reason Silicon Valley titans have embraced government interference).

All three branches of government share the blame for excessive regulation, and action by all three is necessary to achieve meaningful reform. Unless constrained, the regulatory state will overwhelm America’s entrepreneurial spirit and diminish the freedoms upon which this nation was founded and by which it has prospered.

Andy Puzder: Here are the 7 most ridiculous economic proposals from the Dem debate