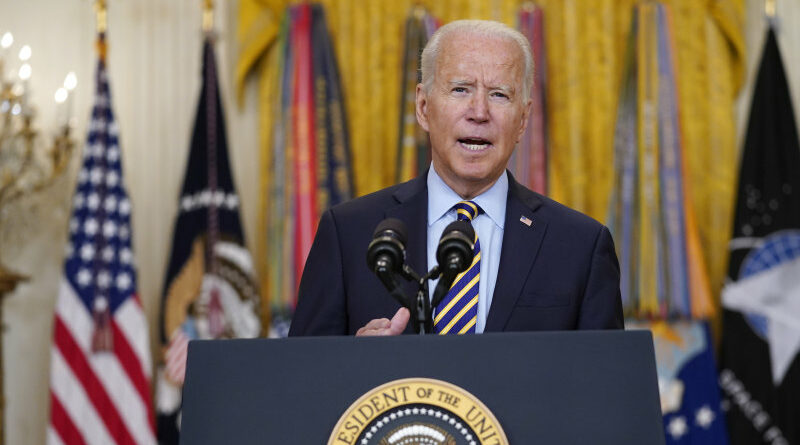 At last week’s virtual APEC meeting China’s Xi Jinping made a veiled reference to the next front in the competition with the US to dominate the 21st century economy.

In a pre-recorded video – he didn’t attend the meeting chaired by New Zealand’s Jacinta Ardern – China’s president said it was necessary to further develop digital infrastructure, facilitate the dissemination and application of new technologies and work for a digital business environment that is “open, fair and non-discriminatory.” 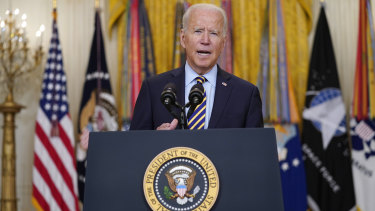 President Joe Biden’s push for a digital trade deal in the Indo-Pacific region is not being welcomed by China.Credit:AP

That might sound anodyne but it came in the context of efforts by the US to promote a digital trade deal in the Indo-Pacific region that could include countries like Australia, Japan, South Korea, New Zealand, Singapore, Malaysia and, perhaps, India along with Canada and Chile.

At stake is the nature of the rules governing digital trade and who writes them.

It’s not surprising that China’s state media, ahead of a meeting that was attended by Joe Biden, launched a pre-emptive strike, describing discussions about a digital traded agreement as a bid to protect American hegemony and the profits of its technology companies.

China’s Global Times said the US was “fixated on grouping together small circles and portraying China as a common enemy in the digital economic sector to lure other countries into a group building on its own rules”.

China’s Foreign Ministry spokesman, Zhao Lijian, said the discussions “fully expose its (the US) plot to gang up against China and contain its development and obstruct the common development of countries in the region.” The effort, he said, was doomed to fail.

Digital trade is experiencing explosive growth and nowhere more than within Asia. McKinsey has estimated that about half Asia’s economic growth last decade came from the technology and innovation sectors and that Asia accounted for more than half the global growth in technology company revenues and research and development spending.

E-commerce in Asia is growing much faster than in the US or Europe, with the growth rate accelerated by the pandemic. There are estimates, for instance, that within three years Asia will account for nearly two-thirds of the world’s 5G subscribers.

That makes the region the epicentre for the contest over the nature of the rules that will shape digital trade and the philosophy underpinning them.

The US is promoting a deal not dissimilar to the digital trade pact Australia signed with Singapore late last year.

It’s not going to easy for the US to sign up all the countries it is targeting in the region. Australia, Japan and NZ are likely to be very open to the idea, depending on the detail, but others like South Korea, Singapore and Malaysia will be concerned about a backlash from China.

That deal included commitments preventing restrictions on the transfer and location of data (there’s no requirement to store data in either jurisdiction), protections for source codes (no forced disclosures or transfers), compatible e-invoicing and e-payment frameworks, consumer protections, paperless customs procedures, provision for digital signatures and improved access to publicly available government data.

Like an agreement the US struck with Japan in 2019, and one between NZ, Chile and Singapore earlier this year, Australia’s deal with Singapore reflects an effort to promote free trade in digital services and products even though it includes some public policy exceptions to preserve sovereignty.
China’s approach to digital trade doesn’t quite match Xi’s desire for a digital business environment that is “open, fair and non-discriminatory”.

It effectively forces technology transfers, albeit less overtly than it once did, operates behind the “Great Firewall of China” which filters all internet traffic through China and more broadly restricts cross-border data flows.

Its policies favour and protect its domestic companies from competition and, if this week’s claims of stated-sponsored cyberattacks on business and governments around the world are accurate, has a very one-sided commitment to cyber security.

So, the US is offering a vision of an open and level playing field for digital business, albeit one that favours US tech companies because of their scale, while China is promoting a more fragmented future, shaped by domestic agendas, where it can leverage the influence it has gained throughout the region via its Belt and Road initiative – and the power provided by access to its own economy – to dominate the region’s digital economy and frustrate America’s ability to counter it. 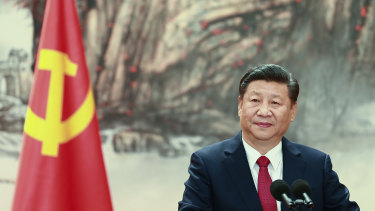 The moves have raised scepticism over President Xi Jinping’s pledge to give markets greater freedom.Credit:Getty Images

That collision of visions is of particular significance for the future of artificial intelligence, where China’s vast population and its collections of data on them give it an advantage over other countries – AI relies on big data and the more data that is collected the more sophisticated AI technologies will be.

The US, and other Western nations, want international rules protecting privacy and governing the ethical use of AI – a key technology for machine learning, autonomous driving, the future of finance and medical diagnostics and an open-ended range of other applications that will shape the rest of this century. China isn’t as committed to privacy and ethical considerations.

The Biden administration’s efforts to promote its version of a new digital order for the region is in contrast to the isolationist stance of the Trump administration that preceded it.

One of Trump’s earliest decisions was to withdraw from the Trans-Pacific Partnership – the centrepiece of Barack Obama’s “pivot to Asia” – an agreement designed to extend US influence in the Asia-Pacific and contain China.

The domestic politics of the TPP in the US would make it difficult for Biden to revisit the TPP – many Democrats opposed free trade agreements because they see them as threats to domestic industry and labour – but a digital trade pact could be presented as a counter to China with upside for US tech companies and small and medium-sized US businesses.

One of the great benefits of digital trade deals is that they make it much simpler and cheaper for SMEs to operate across borders.

It’s not going to easy for the US to sign up all the countries it is targeting in the region.
Australia, Japan and NZ are likely to be very open to the idea, depending on the detail, but others like South Korea, Singapore and Malaysia will be concerned about a backlash from China – along the lines of its “punishment” of Australia for a range of perceived offences – if they agreed to a deal against the wishes of the biggest economy in the region.

Still, if the US were able to simply sign up its traditional international allies to a single digital trade deal that would, at this stage of the development of the digital economy, probably give those countries sufficient clout to establish the basic rules for open digital trade and add another dimension to the containment strategy towards China that the US is pursuing with as much vigour under Biden as it did under Trump.

Kissinger says failure to mend U.S.-China trade relations would be ‘worse than the world wars that ruined European civilization’