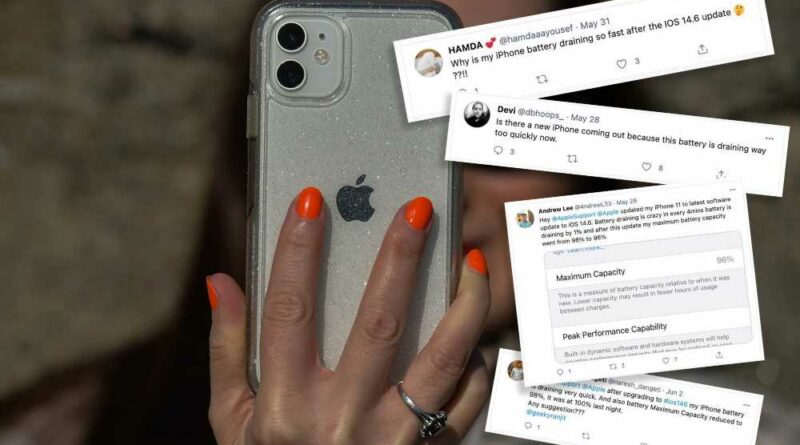 Apple customers slammed the company’s Community Forum and Twitter this week with gripes about the May 24 update.

“My battery life on iOS 14.6 is terrible… is it just me or anyone is experiencing this thing too??” wrote one user.

Another chimed in, “after iOS 14.5 and 14.6 updates, my device has been awful. Mostly the battery life. But iOS 14 was a TOTAL TRAIN WRECK.”

Many owners of older iPhone models complained about the update’s destructive impact on battery life.

“The situation is so bad that I can not work with the iPhone 7 for 2 hours and it runs out of charge,” one said.

But the issue is reportedly hitting even Apple’s most recent iPhone models. “14.6 is draining my iPhone 12 Pro battery……………………,” one user wrote.

Another agreed, “you are not alone. The ios 14.6 reduced drastically my iPhone 12 Pro battery life.”

“Come on, Apple—release a fix soon!!!!” another used pleaded.

“Hey @Apple the new iOS14.6 is DESTROYING my battery life. Not even 2.5 hours unplugged with light use and I’m already at half battery,” tweeted @MrClimaCool.

“@Apple your update to 14.6 is killing my battery. Glad to see you are once again forcing people to get new phones. Fix it. #Fail,” wrote @PearlJam2021.

“I began having battery performance trouble after the 13.5.1 update last summer, and after the 14.6 update finally accepted that Apple doesn’t intend to fix this issue for existing phones, and had the battery replaced. Nothing else I tried helped, but this seems to have worked,” tweeted @AcqExp.

Apple responded on Twitter, saying, “We can understand wanting more battery life and can assist with what you’re seeing. Which model iPhone are you using? If you check Settings > Battery > Battery Health, what number is there? Let us know in DM, please, and we’ll continue there.”

“This is the still worst battery result I have ever seen on my devices,” iAppleBytes concluded at the end of the video, which was posted on May 24. “Your experience may be different, but this is not something I have seen on a similar scale before. Fingers crossed for a quick iOS 14.6.1…”

Apple typically releases major software updates each fall to go with a new iPhone model, but it rolls out incremental updates throughout the year to provide new features and patch bugs or other defects.

Apple could reveal its next major update at its annual Worldwide Developers Conference, which is scheduled to run all next week.

Representatives for Apple did not return The Post’s request for comment on the complaints. 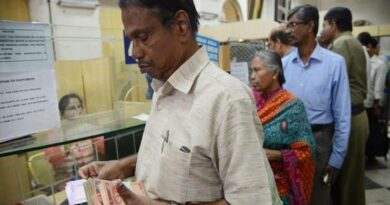