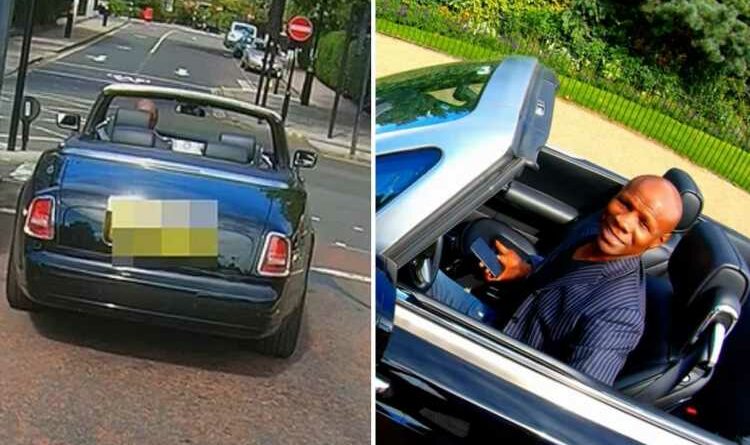 THIS is the moment Chris Eubank was caught saying "I'm an officer" before jumping a red light as he's caught using his mobile at the wheel.

The former boxing champion was driving his £370,000 convertible Rolls-Royce in Hyde Park when he was filmed on his phone. 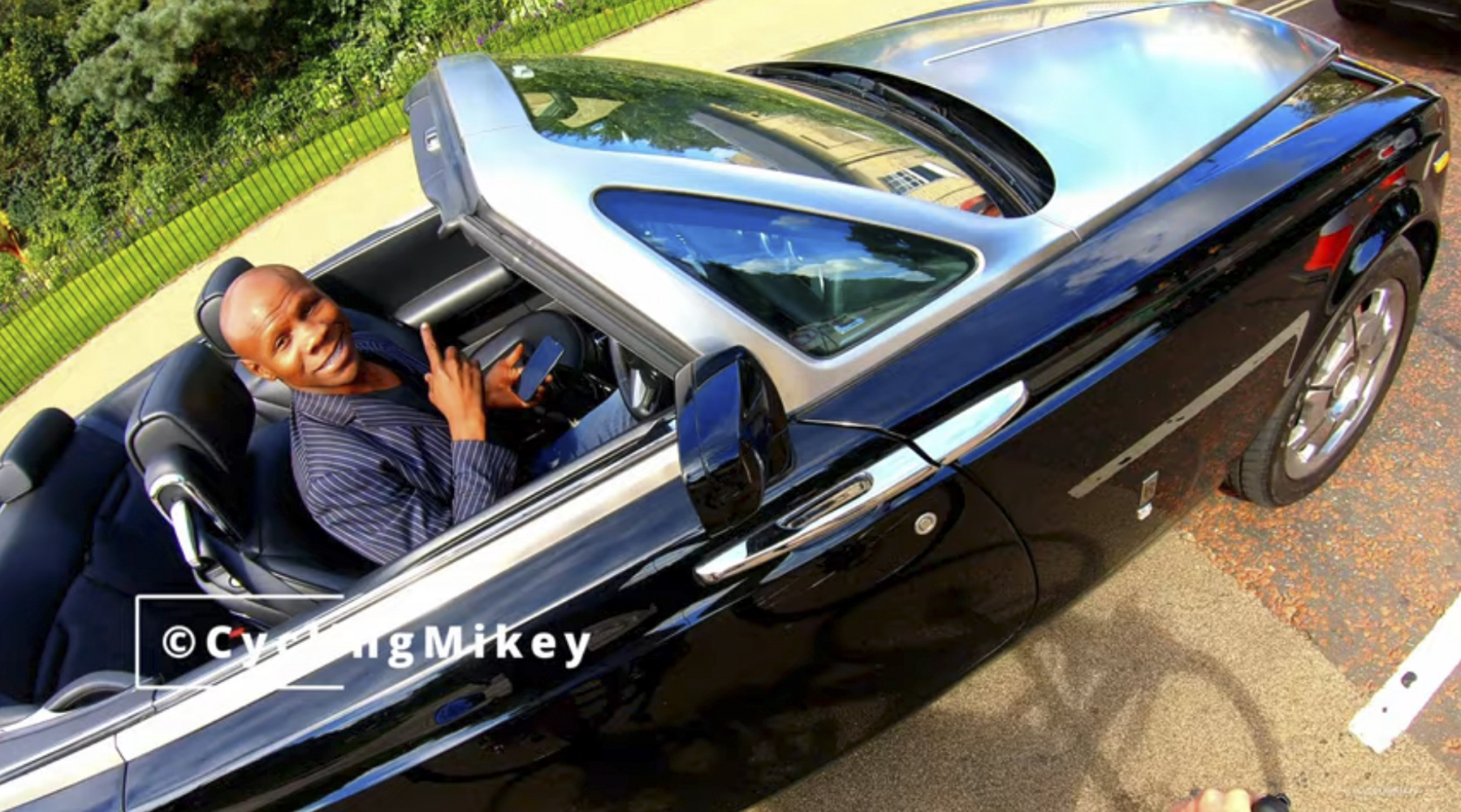 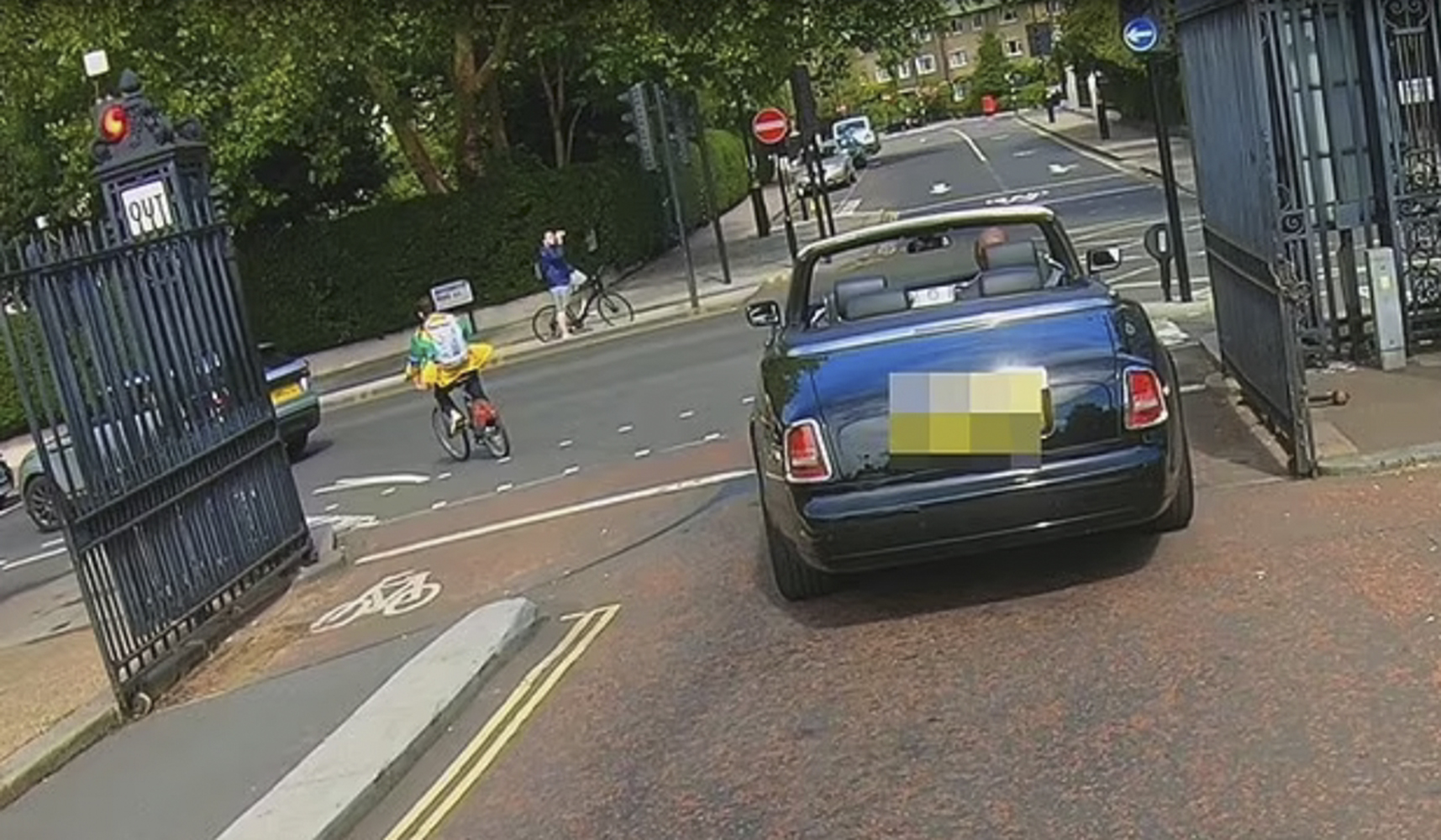 And the vigilante cyclist who caught him, Mike van Erp, was the same man who previously caught film director Guy Ritchie texting while driving in 2019.

He approached the former WBO middleweight and super-middleweight champion on his bike – but did not recognise the legendary fighter as he recorded him from a helmet-mounted camera.

The activist told the boxer on September 2 last year: "nice car, mate" before pointing out his phone was in his hand while at the wheel.

He then says in the clip, obtained by the Evening Standard: "I was the person who got Guy Ritchie. I didn't know who he was.

"Are you famous? I wouldn't know who you were either."

And while the pair were talking, Eubank claimed he was a police officer.

Pointing to his Bluetooth system in his car, Eubank then tells him: "Go away, go away, I'm an officer."

When asked if he means a police officer, the boxer replies: "Yeah, off you go, off you go." 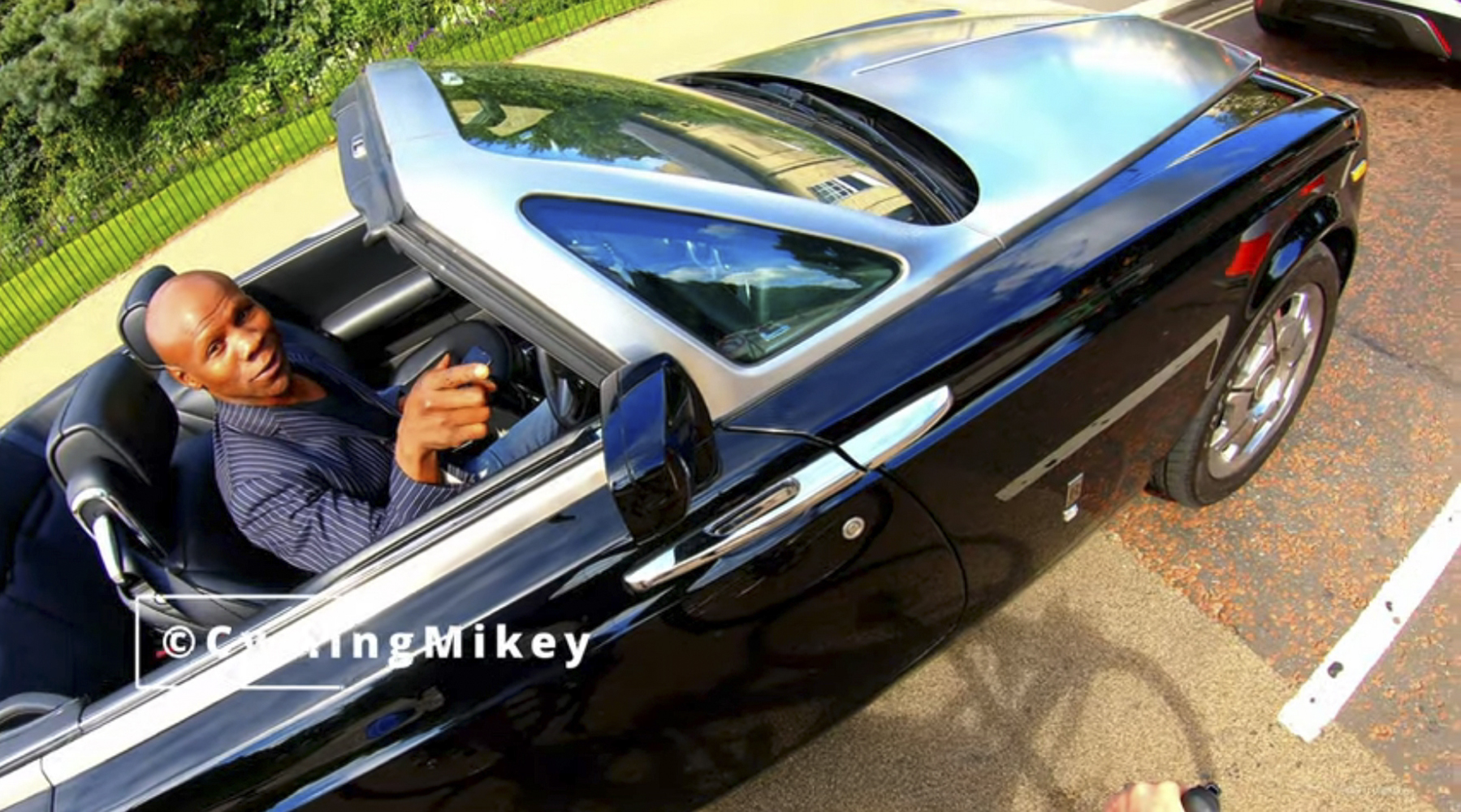 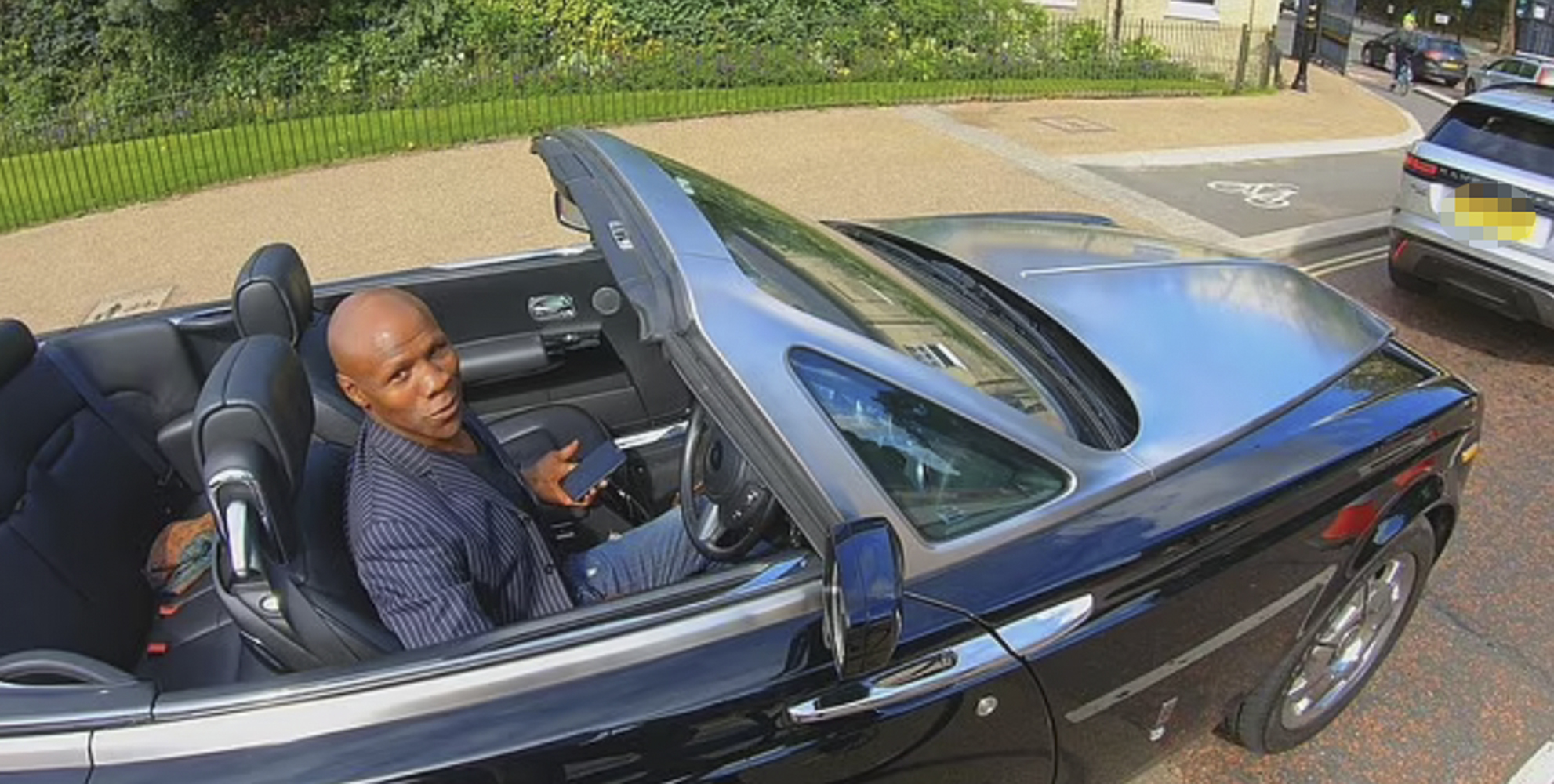 He then drives off – going through a red light – "because he's distracted on the phone", Mr van Erp says.

Eubank is reported to have told the court that he "unintentionally" did so to get away from a man "who admits he is a stalker."

He was handed three penalty points and ordered to pay £280 in costs at Bromley Magistrates' Court after admitting to failing to comply with the indication given by a traffic sign.

Last year, Guy Richie was banned from driving for six months after being caught texting while driving by the cyclist.

Mr van Erp sent the video to the Met Police, writing in a statement: "I spotted this driver texting on his phone.

"I stopped and whilst waiting for traffic to clear could clearly see the driver typing on his phone.

"I then crossed to the driver’s side where I saw his iPhone lit up with the classic blue and grey message bubbles of Apple iMessage, with text, and a message in process of being typed but not sent."

In the video, Ritchie can be seen waiting in traffic through the park before Mr van Erp approaches him.

Ritchie winds down his window and says "hello my friend", to which the cyclist replies: "I don't think you should be using your text messages while you are driving. I saw you doing it back there as well."

Ritchie drives away as the queue moves forward before the cyclist tries to speak to him again.

Mr van Erp said he did not know the driver was Ritchie.

"Drivers should not be doing this and people like me serve as a deterrent," he said.

The Snatch director admitted to cops that he was the driver who was filmed. 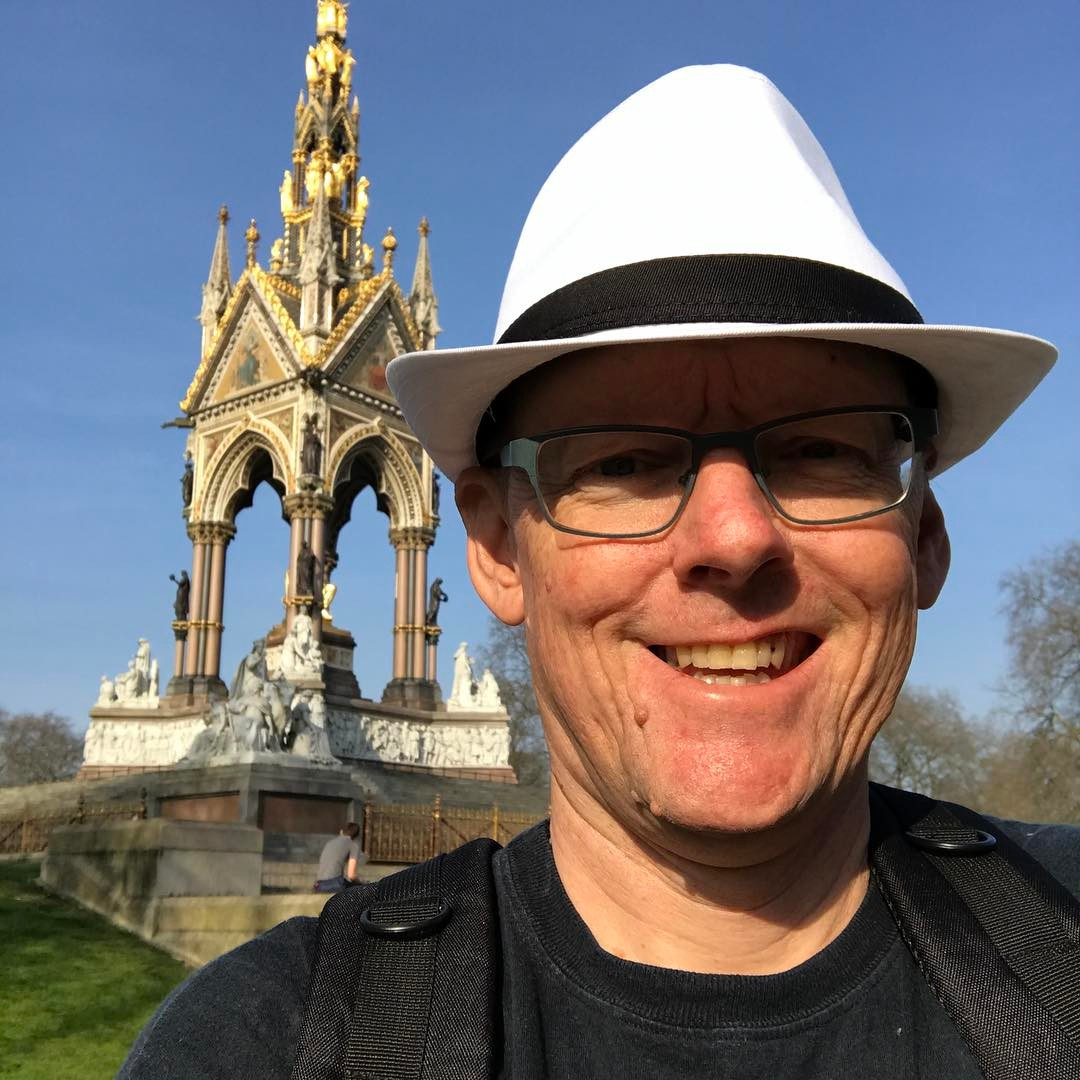 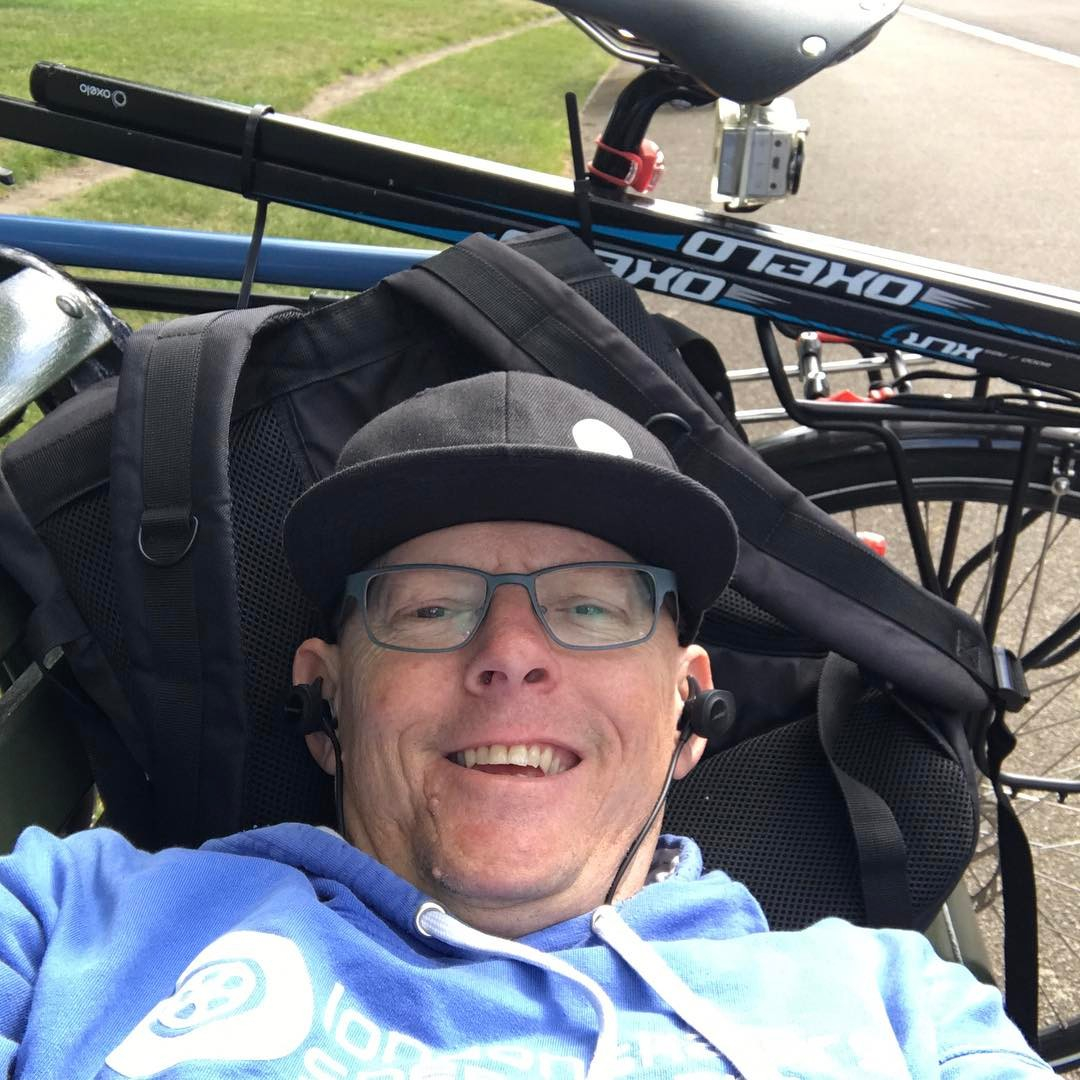 40 migrants rescued off coast of Libya brought to Malta 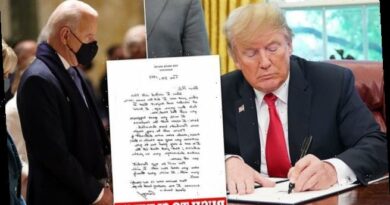