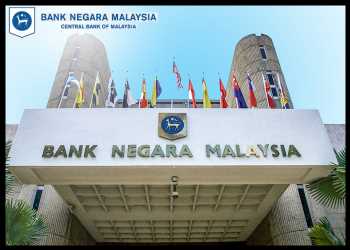 Malaysia’s central bank raised its key interest rate for the first time since 2018 citing rising inflationary pressures amid the war in Ukraine and strained supply chains.

The Monetary Policy Committee of Bank Negara Malaysia decided to increase the benchmark Overnight Policy Rate by 25 basis points to 2.00 percent from a record low.

The ceiling and floor rates of the corridor of the OPR are correspondingly increased to 2.25 percent and 1.75 percent, respectively.

The previous tightening was in January 2018, when the key rate was raised by a quarter point.

“With the domestic growth on a firmer footing, the MPC decided to begin reducing the degree of monetary accommodation,” the bank said.

Given low inflation and a continued need to support the recovery, the tightening cycle will be much more gradual than markets expect, Alex Holmes, an economist at Capital Economics, said.

The economist expects two more 25 basis point rate hikes spaced over the rest of the year, with another 25 basis point increase at the start of next year.

Nonetheless, the bank cautioned that inflation outlook continues to be subject to global commodity price developments, arising mainly from the ongoing military conflict in Ukraine and prolonged supply-related disruptions, as well as domestic policy measures on administered prices.

The BNM said the indicators suggest that the growth is on a firmer footing, driven by strengthening domestic demand amid sustained export growth. Further easing of restrictions and the reopening of international borders helped to strengthen economic activity.

The interest rate decision came ahead of the release of the first quarter GDP data on May 13. The economy is expected to expand 4.0 percent after rising 3.6 percent in the fourth quarter of 2021.

In blow to Trump, Democrat Edwards wins reelection in Louisiana