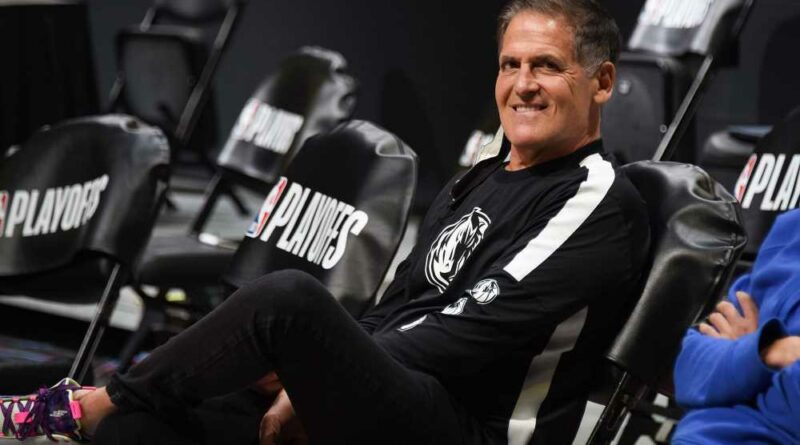 Dogecoin jumps after Mark Cuban claims it could hit $1

The Mark Cuban-backed banking app Dave is going public via a blank-check company deal that values the company at $4 billion.

The online banking platform known for its “banking for humans” catchphrase was created in 2017 to help consumers avoid overdraft fees from traditional banks. Dave claims it has saved its 10 million customers an estimated $1 billion since its launch.

The planned stock listing comes as the banking industry battles the launch of new consumer-friendly services as the pandemic accelerates the shift to online banking. A consortium of banks including JPMorgan, for example, recently announced plans to extend credit to disadvantaged groups.

Dave has put its stake in the ground around the thorny issue of overdraft fees, which Sen. Elizabeth Warren (D-Mass.) made a hot topic during a recent hearing with bank CEOs, claiming they would rather profit off customers during a global pandemic than give them a helping hand.

The app will go public through a merger with investment firm Victory Park Capital, a special acquisition company (SPAC).

The deal includes a $210 million investment from a series of financial firms led by Tiger Global Management. Other notable Dave investors include Wellington Management and Corbin Capital Partners, Capital One, and the Kraft Group.

The deal comes as SPACs come under fire for being risky and speculative investments. But Dave’s executives say they are confident they can overcome any hurdles.

“This transaction and continued support from our longstanding investors signify confidence in our strategy, vision and the significant growth opportunities ahead,” Dave CEO Jason Wilk said in a statement.