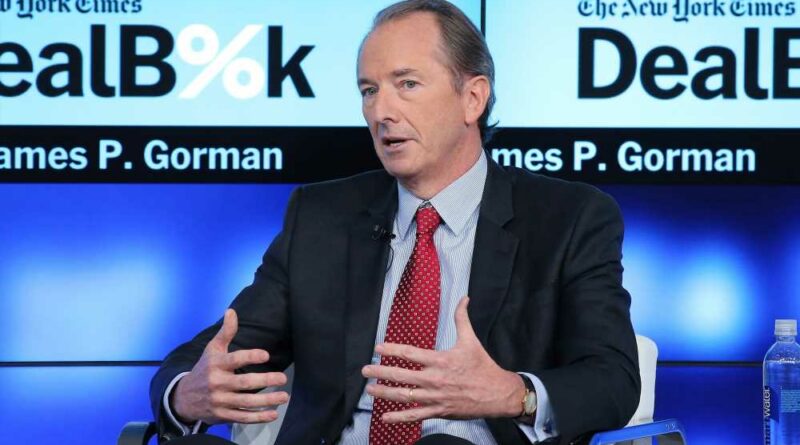 Morgan Stanley boss James Gorman doubled down on his stance against working from home, saying there’s no substitute for schlepping into the office and toiling with colleagues in person.

“I fundamentally believe the way you and I develop our career is by being mentored and by watching and experiencing the professional skills of those who came before us,” the Wall Street mogul told analysts on a Thursday earnings call.

“You can’t do that sitting at home by yourself, there’s a limit to Zoom technology,” Gorman added, asked whether he will allow employees to work from home.

Morgan Stanley’s hard-charging chief executive — who last month told employees, “If you can go into a restaurant in New York City, you can come into the office” — has told staff if they don’t return to the office by Labor Day, they could face a pay cut.

Gorman also earlier slammed Zoom in an effort to encourage face-to-face meetings with clients, as The Post previously reported.

But Morgan Stanley’s top boss also seemed to soften his stance slightly on Thursday’s call. He explained while he expected most people to work in the office, he would also allow employees flexibility moving forward.

“For some people the flexibility makes great sense,” Gorman said. “When they have health issues or are looking out for family members for a few months we can manage that.”

One wrinkle in Morgan Stanley’s plan to bring all employees back is they are prohibiting unvaccinated employees from returning. Still, Gorman is quick to point out the double standard of people who are out and about town but won’t return to their desks.

The debate over working from home has roiled major banks on Wall Street. At Goldman Sachs, most Big Apple staff were required to be back at their desks in June. JPMorgan Chase has brought back staff regardless of their vaccination status but is capping office capacity at 50 percent with a longer term goal of keeping 10 percent of the company’s 225,000 workforce at home permanently.

Meanwhile, UBS — Switzerland’s largest bank — is striking a different tone than its American counterparts and is letting most employees permanently work from home at least some of the time. The bank is also holding off on setting a date for a return to the office.

Citi, run by CEO Jane Fraser, cited childcare issues as the reason she’s waiting to force staff back in. With schools, daycares and summer camps closed during the pandemic, childcare became an enormous struggle for workers and was a burden that largely fell on the shoulders of women.