What would be the long-term impact of a federal vaccine mandate?

New measures requiring proof of vaccination to enter restaurants, gyms and other aspects of public life in New York City and elsewhere are putting a burden on private businesses already beleaguered after COVID-19-induced lockdowns to police fraudulent vaccination cards, as the FBI has sounded the alarm over the growing black markets for such counterfeit inoculation passports.

The vaccination requirement for New York City indoor dining, entertainment and fitness facilities isn’t supposed to take effect until the week of Aug. 16 – though Democratic Mayor Bill de Blasio on Monday applauded the some 30 business that already voluntarily started requiring proof of vaccination at entry. Enforcement will begin Sept. 13.

"Early adopters of the Key to NYC program are public health heroes," de Blasio said Monday. "Mass vaccination is the only way to stop the spread – and these businesses are giving New Yorkers more reasons than ever to protect themselves and their communities. I’m proud to stand with them."

Other restaurant owners, though, have voiced concern about the need to police this new rule, fearing shutdowns from the state department of health would further hurt their already suffering business.

"Our city’s restaurants have been devastated, and this is another imposition that is going to be extraordinarily tough for restaurants to deal with," Andrew Rigie, executive director of the New York City Hospitality Alliance, which represents over 4,000 restaurants, told "Fox & Friends" last week. "Restaurant workers have been put in the impossible position throughout the pandemic to essentially be the COVID police."

"I speak with restaurant owners throughout the city, and there’s a lot of people with a lot of different and passionate views about this, but the one thing we know is we can’t get shut down again. And if that’s a potential threat, we need to do everything now to avoid it," he said. 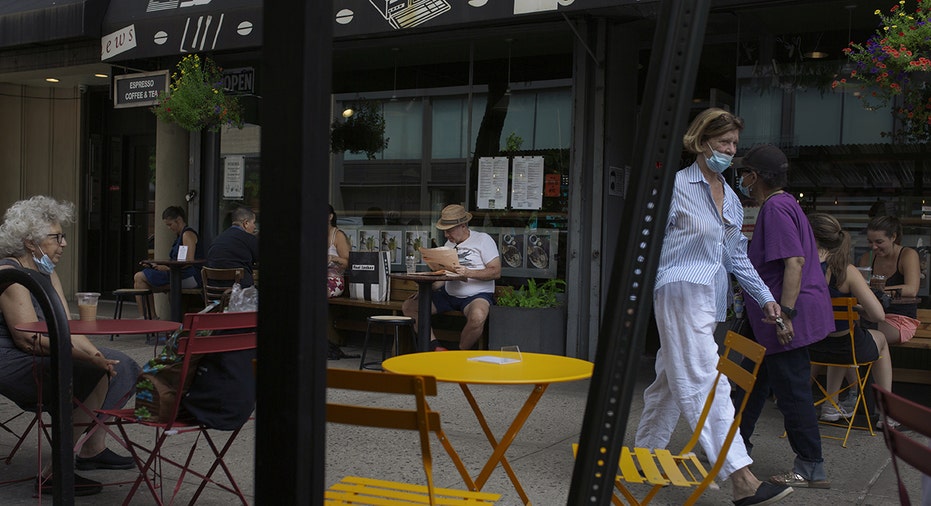 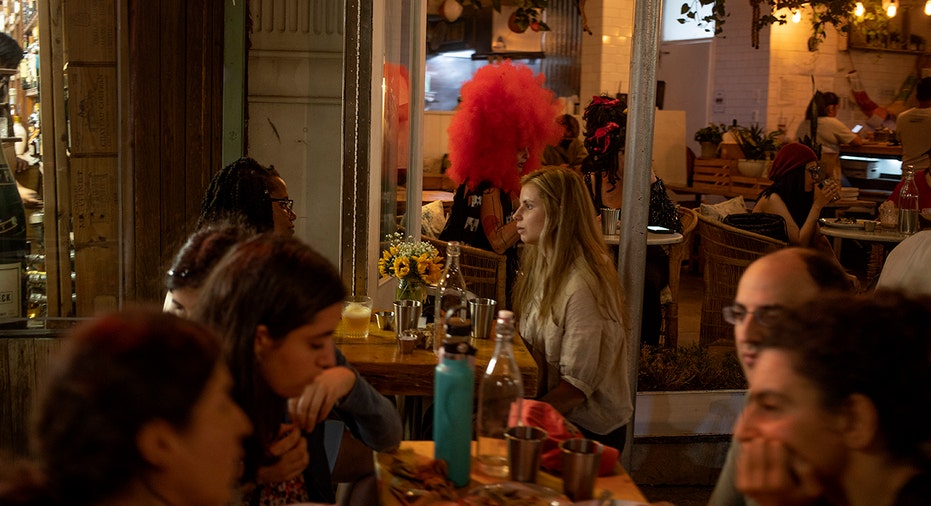 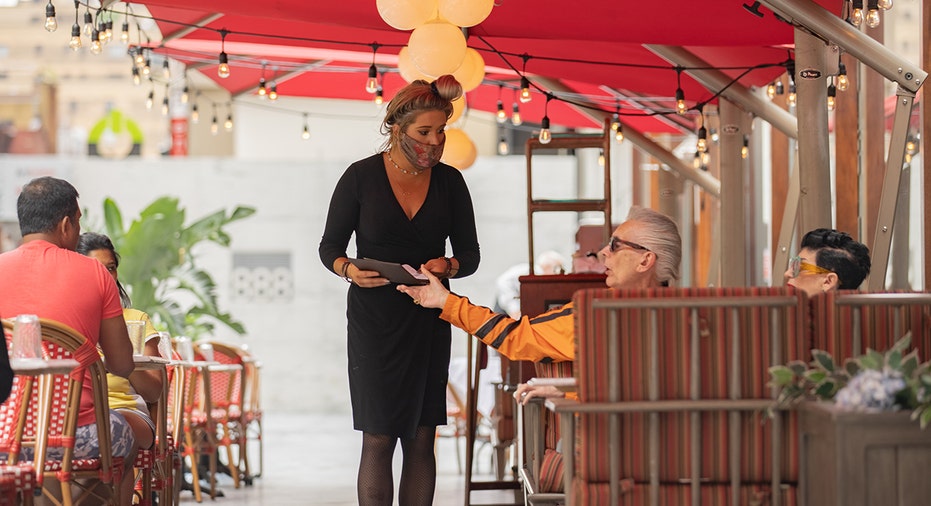 While some restaurants embraced the requirement, others, like Pasticceria Rocco in Brooklyn, have been more defiant to de Blasio’s mandate, and a large sign in its window reads, "We do not discriminate against ANY customer based on sex, gender, race, creed, age, vaccinate or unvaccinated. All customers who wish to patronize are welcome in our establishment," WCBS-TV reported.

"Whether you’re vaccinated or not, you are welcome," manager Mary Josephine Generoso told the station. "I just don’t think that we’re going to be the vaccination police. That’s up to the mayor’s office. It’s up to the health department to figure out, but it certainly shouldn’t be the burden of store owners, bars and gyms to be regulating that."

As the grace period that starts next week, enforcement of the rule begins Sept. 13. Even before a city government mulled requiring proof of vaccination, vaccine mandates issued by corporations for employees, and by universities for students wanting to return to campus this fall, already fueled demand for a new industry selling fake vaccination cards online.

In a recent criminal complaint by the U.S. District Court for the Northern District of California, photos show how the fake vaccination cards closely mirror the real cards issued by the Centers for Disease Control and Prevention (CDC), which show the type of vaccine and date of inoculation handwritten by a medical provider. Because it’s easily copied, there’s a push to digitize. 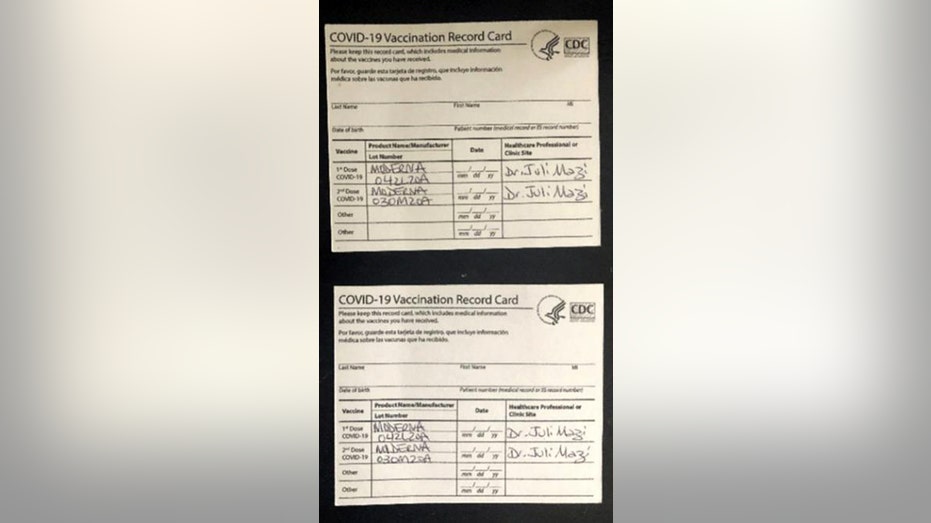 But there have been issues with the new NYC COVID SAFE accurately reading and verifying proof of vaccination documents, and because having apps record vaccination status also raises privacy concerns, most vendors will accept a physical card.

In May, FBI Chicago warned Illinois residents that posting photographs of legitimate vaccination cards online may leave individuals vulnerable to identity theft, as cards may contain an individual’s name, date of birth or insurance information. Affirming the creation, purchase or sale of vaccine cards endangers public safety, the FBI also warned that unauthorized use of an official government agency’s seal on such cards is a federal crime and penalties may include hefty fines and prison time.

And as early as February, when COVID-19 vaccine rollout in the U.S. was still slow, FBI El Paso, Texas, also issued a warning about identity theft, explaining that scammers were using photos of legitimate vaccination cards placed onto social media to forge vaccination cards and sell them for profit.

FOX Business reached out to the FBI New York office to inquire about fraudulent vaccine cards a week before de Blasio’s measure is to take effect but did not hear back before publication.

Though the proof of vaccine requirement in New York City is the first of its kind for government in the U.S. since the onset of the pandemic, bars and restaurants in other jurisdictions, including Washington, D.C., have begun requiring proof of vaccination for entry after Mayor Muriel Bowser reinstated an indoor mask mandate for the district last month.

Meanwhile, The Associated Press counted more than 600 colleges and universities now requiring proof of COVID-19 inoculations. And Microsoft, Tyson Foods and Walmart are among the growing list of larger employers in corporate America requiring vaccination for their onsite workers.

The United States of Cannabis