Sam’s Club to hire 2,000 workers ahead of holiday shopping season

Sam’s Club is testing technology that allows shoppers to scan big items at its stores and have them shipped to their homes.

The “scan and ship” pilot by the Walmart-owned warehouse club is aimed at bulky merchandise like patio furniture, mattresses, grills and large televisions that don’t fit into customers’ cars, the company said on Tuesday. Items typically arrive within three to five days.

Customers can already use an app at Sam’s Club to scan items in the store and check out without standing in line for a cashier, but the added feature allows them to ship some of the items they purchase instead of hauling them to the parking lot.

Customers can also use “scan and ship” to purchase items in colors that are not available at a particular store or goods that are out of stock, the company said.

“Scan & Go has been such a success story for us and Scan & Ship is a fantastic extension to all of the great innovation we already have in place,” Sam’s Club chief technology officer, Vinod Bidarkoppa, said in a statement.

Just three stores out of 600 are participating in the pilot, including its Dallas-based innovation lab. Sam’s Club stores are generally used as an incubator for initiatives that are eventually adopted by Walmart, including Scan & Go, which is available to Walmart+ customers.

Costco, by contrast, has been slower to adopt shopping technology, including curbside pickup, which is only being piloted at three clubs in New Mexico, according to a CNBC report. Costco instead focuses on pricier items and services like hearing aids and car rentals that quickly add up, according to the report.

A record 9.6 million people downloaded the Sam’s Club app in 2020, according to AppTopia, the company said, adding that the number was twice as many downloads as competitor apps.

How I got Allstate to pay up what they promised 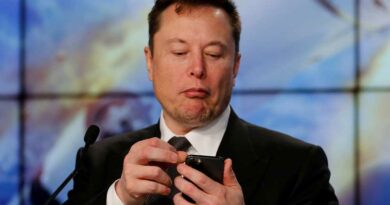 Elon Musk takes a break from Twitter after market-moving posts