Home » SEBI pitches for ‘person in control’ over ‘promoter’

Markets regulator SEBI on Tuesday proposed to rationalise the definition of ‘promoter group’ and move to the concept of ‘person in control’ as well as lower the minimum lock-in periods for promoters and other shareholders after an IPO.

In a consultation paper, the watchdog has also suggested streamlining the disclosures requirement of group companies.

The Securities and Exchange Board of India (SEBI) has sought comments from the public on the proposals, the window being open till June 10.

With regard to lock-in periods, SEBI has proposed that if the objective of the issue involves offer for sale or financing other than for capital expenditure for a project, then the minimum promoters’ contribution of 20% should be locked-in for one year from the date of allotment in the Initial Public Offer (IPO). Currently, the lock-in period is three years.

“Promoters’ holding in excess of minimum promoters’ contribution shall be locked in for a period of six months as opposed to the existing requirement of one year from the date of allotment in the IPO,” SEBI suggested.

The entire pre-issue capital held by persons other than promoters should be locked in for six months from the date of allotment in the IPO as against the current norm of one year.

In addition, the regulator has suggested rationalising the definition of ‘promoter group’ as the current definition focusses on encompassing holdings by a common group of individuals or persons and often results in including unrelated companies with common financial investors.

The regulator has proposed to do away with the current definition of promoter group as the deletion would rationalise the disclosure burden and bring it in line with the post listing disclosure requirement.

Citing the changing investor landscape, SEBI said there was a need to revisit the concept of ‘promoter’ to a concept of ‘person in control’ and a period of three years has been proposed for such a shift over in a smooth and progressive manner without causing disruption.

“Unlike the past, the concentration of ownership and controlling rights does not vest completely in the hands of the promoters or promoter group. There has been a significant increase in the number of private equity and institutional investors who invest in companies and take up substantial shareholding, and in some cases, control,” SEBI noted.

Such investors invest in unlisted firms and continue to hold shares post listing, many times being the largest public shareholders, having special rights, such as the right to nominate directors, it added.

Aggregate promoters’ holdings in the top 500 listed firms by market value, peaked at 58% in 2009 and is on a downward trend. 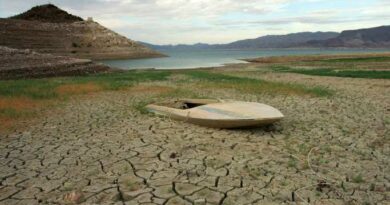 What Is the US Drought Monitor?