Los Angeles firefighters, police officers and other city employees received nearly $500 million in overtime pay for the 2018-19 fiscal year, and some city employees were able to double their salaries through working extra hours, officials announced Wednesday.

According to a report released by the office of L.A. Controller Ron Galperin, 53 percent of all city employees — excluding the Department of Water and Power, which uses a separate payroll system — recorded more than 8 million hours of overtime. This amounted to roughly $470 million. 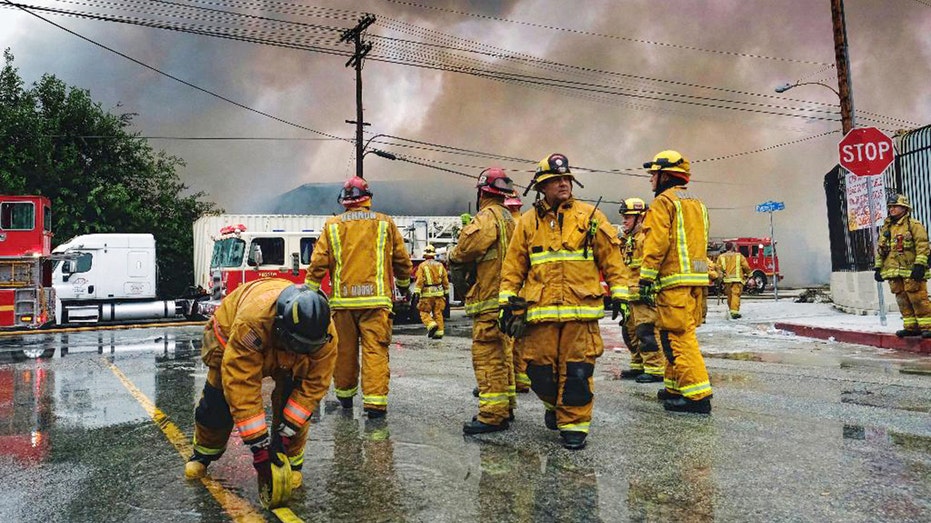 In this file photo, a large plume of smoke rises from a commercial warehouse fire as Los Angeles County firefighters arrive in Maywood, Calif.

AS MORE WORKERS BECOME ELIGIBLE FOR OVERTIME PAY, HOW WILL BUSINESSES RESPOND?

“Overtime is a critical tool to help the city serve Angelenos and protect communities from crime, emergencies and natural disasters,” Galperin said. "But the city can and should do a better job monitoring rising costs and adopt a data-driven strategy to track overtime hours across departments.”

Galperin added that overtime is vital for public safety agencies to address immediate needs as they arise, but the city Fire and Police departments clocked in most of the overtime hours.

Sworn Los Angeles Fire and Los Angeles Police department employees earned 77 percent of all overtime in 2019, "largely because their staffing models necessitate overtime." Eighteen of those employees reportedly earned more than $200,000 in overtime pay while four employees more than doubled their salaries.

MORE US WORKERS TO QUALIFY FOR OVERTIME PAY

Meanwhile, civilian and non-LAFD and LAPD employees earned 23 percent of all overtime in 2019. Eleven of those employees each earned more than $100,00 in overtime while two employees more than doubled their salaries.

The city spends most of its budget compensating its workforce in the form of salary or hourly pay, benefits and overtime for the community resources they provide, according to the report.

However, with overtime costs steadily increasing, roughly $110.6 million since the 2014-15 fiscal year, officials are pushing for better oversight to prevent employee burnout and ensure efficient use of public dollars.

Andrew Yang calls for US to ‘seriously consider’ four-day workweek

Can you get a personal loan while on Social Security?