Trade wars, political turmoil and climate crisis grabbed headlines in 2019. But two things of enormous significance happened without much notice.

Analysis by economists Homi Kharas of the Brookings Institution and Wolfgang Fengler of the World Bank reveals the world has reached a “double tipping point”. 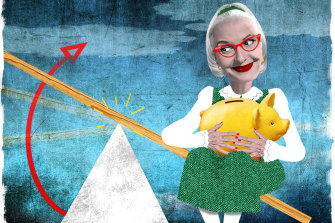 One has to do with age: for the first time ever, there are as many people in the world over the age of 30 as there are people under the age of 30. And the share of over-30s is now set to grow rapidly.

Reaching that demographic milestone “has profound implications for the global economy”, say Kharas and Fengler. In the pre-modern era, the typical life span was only about 30 years. But the world’s average life expectancy has more than doubled since 1900 and now stands at around 72 years.

The improvement has been especially impressive so far this century – global life expectancy jumped by 5 years between 2000 and 2015, the fastest increase since the 1960s. (The biggest regional gain was in Africa where life expectancy climbed by 9.4 years in that period to 60 years.)

The traditional population pyramid – with a small number of old people at the top and a large number of young people at the bottom – is starting to look more like a rectangle in most nations as age cohorts of about equal size stretch out across the life span. 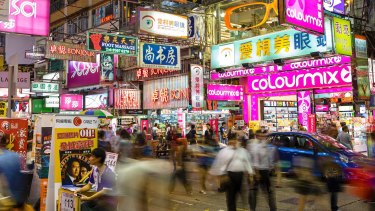 By 2030, about two-thirds of the world’s middle class consumers will reside in Asia.Credit:iStock

A second tipping point has to do with wealth: Kharas and Fengler argue half the world’s population, or 3.8 billion people, can now be considered middle class or richer. Another 3.8 billion people still live in households that are poor or vulnerable to poverty.

The economists define the global middle class as households which spend more than $US11 per person per day (Dr Kharas was involved in developing this definition for the Organisation for Economic and Development in 2010).

While many people in that category have a lower standard of living than what Australians might consider middle class, they do have discretionary income that can be used to buy consumer goods such as motorcycles, refrigerators or washing machines.

Once a family reaches that level of spending power they can afford to go to movies or dine out and invest more in education and healthcare.

What’s more, there’s evidence new entrants to the middle class will be happier than those still trapped in poverty.

Over the next decade 800 million people above the age of 30 will be added but there will be 100 million fewer people under the age of 30. In the same period 1.8 billion more people will move into the ranks of the global middle class while the number of poor and vulnerable will shrink by 1.1 billion.

“From now on, the world will have ever fewer poor people, about the same number of youth and young adults, and many more old and rich people,” the economists write.

A world with a middle class majority will face new challenges. One obvious example is the threat of higher greenhouse gas emissions caused by increased consumption.

“A majority middle-class world could have important effects on carbon emissions and climate change,” Kharas has warned.

New technologies and effective government policies will be needed to limit carbon footprints, especially in cities.

The growing global middle class will also reshape politics as it pressures governments to perform better.

The striking global improvements in longevity and incomes highlighted by Kharas and Fengler get little attention in wealthy nations such as Australia.

And yet the rapid growth of the global middle class is especially important for Australia.

As incomes grow there will be added demand from Asian consumers for many goods and services Australia is good at delivering, such as agricultural produce, tourism, education, healthcare and professional activities.

Making the most of that opportunity won’t be easy. It will require Australians to become much more familiar with Asian languages, societies and cultures. But if we get it right, Asia’s ballooning middle class has the potential to drive Australia’s exports, and economic growth, for many decades.