Coming every Sunday, Hodler’s Digest tracks every important crypto news story from the previous week. Essential reading for all Hodlers!

A civil enforcement action has been filed against five entities and three individuals who allegedly own and operate the exchange — including BitMEX CEO Arthur Hayes.

The CFTC is accusing the exchange of failing to take “the most basic compliance procedures,” and it is seeking the restitution of all “ill-gotten gains,” civil monetary penalties, permanent trading bans and injunctions against future violations.

BitMEX lashed out against the “heavy-handed” charges. The exchange said it plans to defend itself vigorously against the allegations, and stressed that its platform is continuing to operate as normal.

Despite this, data from Crystal Blockchain suggests that an unprecedented 45,000 BTC (with a market value of $475 million) has been withdrawn from BitMEX since the charges were levied.

Let’s take a look at what’s been happening over at KuCoin in a little bit more detail now. It’s estimated that the Singapore-based exchange lost upward of $200 million in customer funds as a result of a major hack in late September.

Hot wallets for BTC, ETH and ERC-20 tokens were affected by the incident, and analysts have claimed that as most of the funds stolen were ERC-20 tokens, the ill-gotten gains could easily be laundered through DeFi protocols.

On Saturday, KuCoin CEO Johnny Lyu said a “thorough investigation” has uncovered “substantial proof” that has allowed it to identify some suspects.

“Law enforcement officials and police are officially involved to take action,” he wrote on Twitter.

Lyu added that KuCoin is slowly coming back to full functionality and has reopened deposits and withdrawals for 31 tokens. Services for BTC, ETH and USDT will follow.

It trebles all around for Chainalysis. The IRS has given the blockchain analytics firm a cool $500,000 upfront as it tries to develop tools that can track transactions involving the privacy coin Monero, as well as layer-two protocols.

Another firm, the lesser-known Integra FEC, has also secured a contract on identical terms. If its technology is proven successful and approved for use, it’ll be given another $125,000.

America’s taxman received a total of 22 proposals as it begins its quest to clamp down on privacy coins amid fears they’re increasingly being used by cybercriminals. It said “comparative analysis was used” to decide which companies should win the contract.

Chainalysis is among the leading firms in crypto analytics and routinely wins such contracts with a range of government agencies.

The coronavirus has ripped the global economy to shreds — but worry not… Reddit may have just saved the day.

Etherscan had said more than 30 septillion MOONs have been distributed to 7,800 addresses. Given these tokens were changing hands on Honeyswap for $0.088 of xDAI at one point, that would result in a market cap of $2.66 septillion. By contrast, the entire global economy was worth roughly $133 trillion in 2019.But don’t pop the champagne yet. It seems more than possible this is just a badly written smart contract. MOON’s stated supply is actually 30 million tokens, giving the project a market cap of just $2.64 million. That’s hardly enough to make the good times roll again. 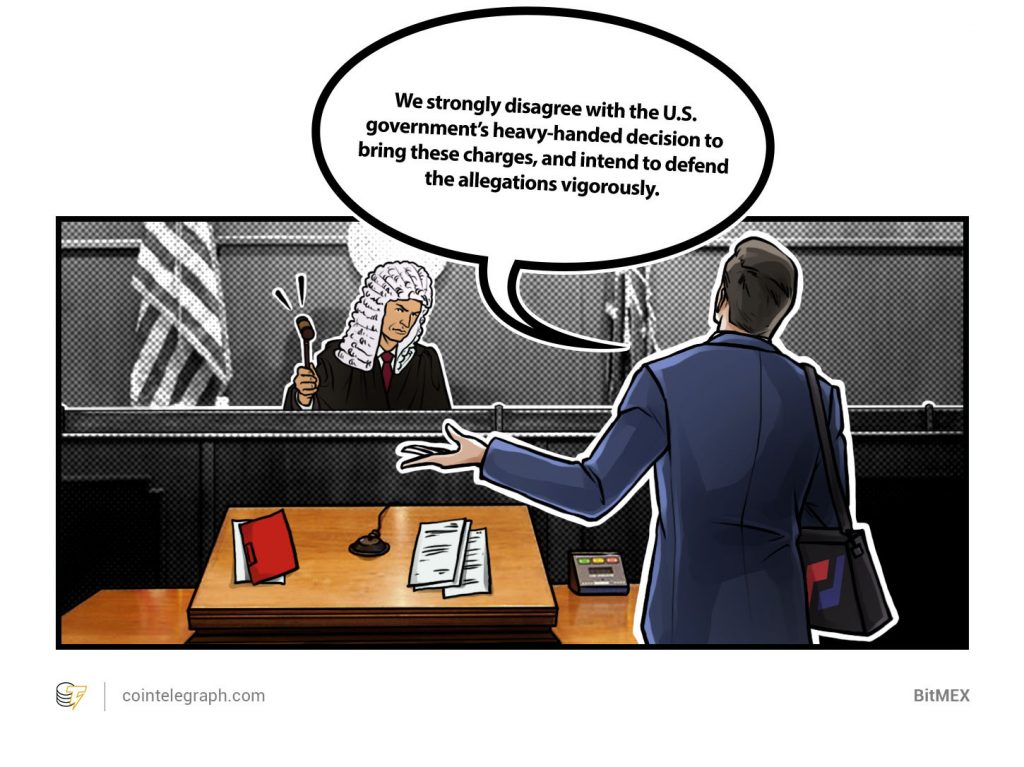 This next story helps illustrate the Everestian challenge that Bitcoin faces.

A new study by the Cambridge Centre for Alternative Finance recently revealed that 100 million people around the world currently hold Bitcoin and other blockchain-based assets.

This is a 189% increase from 2018 when there were estimated to be 35 million identity-verified crypto users worldwide.

Figures from the third quarter of 2020 also showed there are up to 191 million accounts at crypto exchanges — a number that doesn’t include self-hosted wallets. 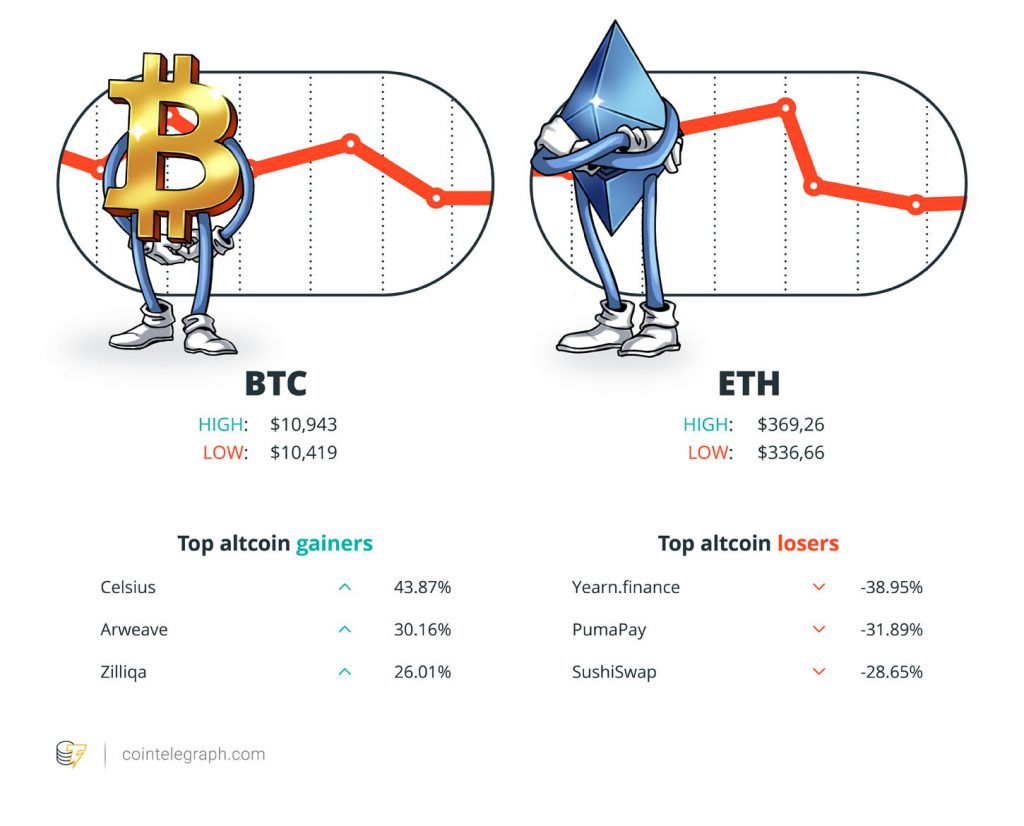 At the end of the week, Bitcoin is at $10,614.21, Ether at $348.89 and XRP at $0.24. The total market cap is at $339,870,924,686.Among the biggest 100 cryptocurrencies, the top three altcoin gainers of the week are Celsius, Arweave and Zilliqa. The top three altcoin losers of the week are Yearn.finance, PumaPay and SushiSwap.For more info on crypto prices, make sure to read Cointelegraph’s market analysis. Most Memorable Quotations“KuCoin is acting quickly and transparently to deal with it. We are trying our best to mitigate the impact of the incident by working with many blockchain projects, security firms and crypto exchanges.”Charlie Cai, KuCoin media manager“Tonight, @FLOTUS and I tested positive for COVID-19. We will begin our quarantine and recovery process immediately. We will get through this TOGETHER!”Donald Trump, U.S. President“I think, once and for all we can all agree that #btc is not correlated to gold and is correlated to equities, no chopping and changing whenever it suits our bias, this is how it is now.”“Benjamin Blunts,” pseudonymous trader“NBA Top Shot, on a scalable blockchain like Flow, is the first time fans can own a piece of the on-court action.”Aaron Gordon, professional NBA player and Dapper Labs investor“The Bitcoin market has always reacted negatively to major exchange issues or government confiscations. Historically this has always presented a great buying opportunity for Bitcoin. The Department of Justice action against BitMEX will be no different.”Vijay Boyapati, Bitcoin researcher“In public statements and at public events promoting Kin, Kik extolled Kin’s profit-making potential. Kik’s CEO explained the role of supply and demand in driving the value of Kin: Kik was offering only a limited supply of Kin, so as demand increased, the value of Kin would increase.”Alvin Kellerstein, U.S. District Judge“We’re seeing a spike in activity by new participants coming into BTC not yet reflected in price, it doesn’t happen often. This is what traders call a divergence, in this case it’s obviously bullish.”Willy Woo, on-chain analyst“DeFi is the new overhyped concept in Ethereum. The noise is too much, so everyone is just like running around trying to figure out what the next big thing is and then putting a ton of money inside without doing enough research.”Kosala Hemachandra, MyEtherWallet CEO“Apparently there is some kind of bitcoin buying race between MicroStrategy and Grayscale. Game on.”Barry Silbert, Grayscale CEO 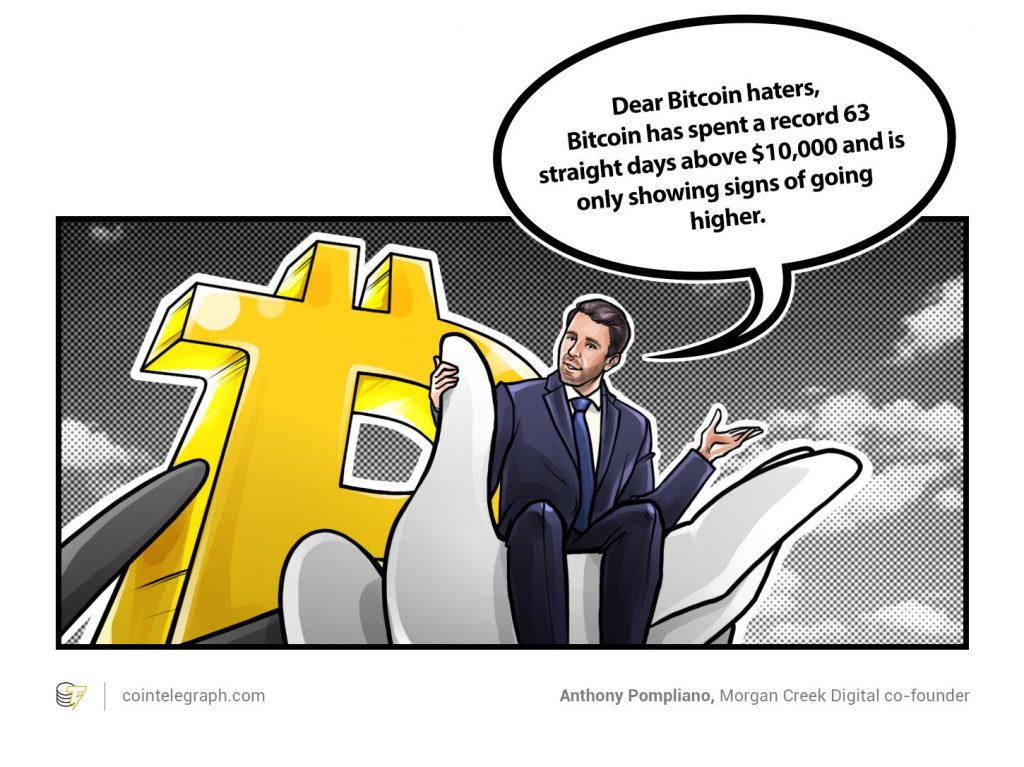 A judge has sided with the U.S. Securities and Exchange Commission, ruling that Kik’s $100-million initial coin offering did violate federal securities laws.

Judge Alvin Kellerstein concluded that ICO participants would have had a reasonable expectation of profit.

The SEC brought its complaint against Kik in June 2019, arguing that the firm had violated securities laws by selling $55 million worth of Kin tokens to U.S. investors in 2017 (and the remainder to overseas investors).

In a statement, Kik CEO Ted Livingston said the company is “obviously disappointed” by the ruling and confirmed that an appeal may be filed.

A new CipherTrace study says 56% of exchanges worldwide have weak KYC identification protocols, and platforms in Europe, the U.S and the U.K. are among the worst offenders.

Even though Europe is renowned for having stricter regulations, it was also found to have the highest proportion of Virtual Asset Service Providers with deficient KYC practices. The U.S., U.K and Russia are the three countries with the highest numbers of exchanges with weak KYC.

In light of the findings, CipherTrace CEO Dave Jevans warned that he doesn’t believe DeFi will manage to escape regulations for long.

It looks like the CEO and founder of MyEtherWallet, Kosala Hemachandra, has a dim view of the decentralized finance industry.

In an interview with Cointelegraph, he said: “DeFi is the new overhyped concept in Ethereum. The noise is too much, so everyone is just like running around trying to figure out what the next big thing is and then putting a ton of money inside without doing enough research.”

Hemachandra also warned that DeFi is to blame for Ethereum gas prices skyrocketing in recent weeks. At times, they have cost users between $40 and $80 per transaction. 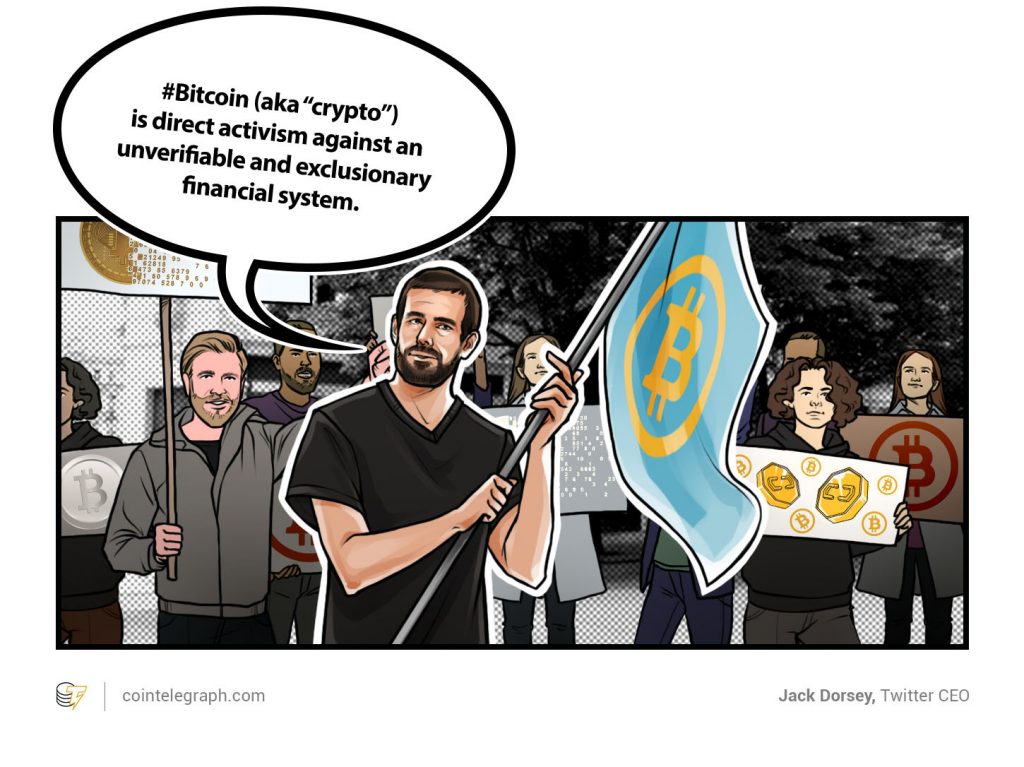 Three blockchain analytics firms reportedly have Monero-tracking abilities, which could affect XMR’s price — but can anyone actually track it? Here’s Benjamin Pirus.

The majority of global jurisdictions have crypto asset taxation guidelines, but Rachel Wolfson argues additional frameworks are required to keep up.

A society without paper money might be a less equitable society, and Andrew Singer warns that those lacking digital connectivity would suffer.