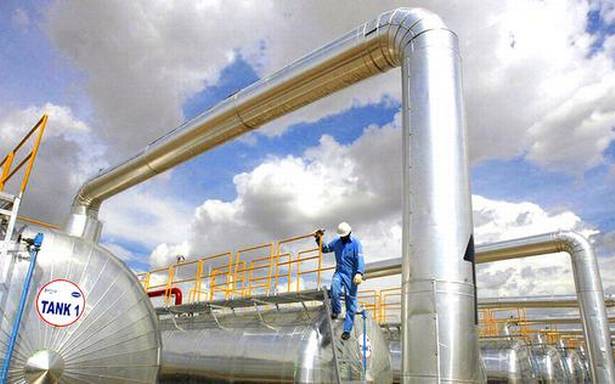 Move is a step in firm’s efforts to recover dues, potentially by seizing Indian assets

Cairn Energy has filed a case in a U.S. district court to enforce a $1.2 billion arbitration award it won in a tax dispute against India, a court document showed, ratcheting up pressure on the government to pay its dues.

In December, an arbitration body awarded the British firm damages of more than $1.2 billion plus interest and costs. The tribunal ruled India breached an investment treaty with Britain and said New Delhi was liable to pay.

Cairn asked the U.S. court to recognise and confirm the award, including payments due since 2014 and interest compounded semi-annually, according to the Feb. 12 filing seen by Reuters.

The case marked a first step in Cairn’s efforts towards recovering its dues, potentially by seizing Indian assets, if the government did not pay, a source with knowledge of the arbitration case told Reuters.

“If Cairn wins the case, it will be a step towards attaching and seizing Indian assets overseas, especially in the U.S.,” the source said.

Reuters reported last month that Cairn was identifying India’s overseas assets, including bank accounts and even Air India planes or Indian ships, that could be seized in the absence of a settlement.

Cairn declined to comment but pointed to a February 9 Twitter post where it had said Chief Executive Officer Simon Thomson was looking forward to meeting India’s Finance Minister in Delhi “next week”.

India’s finance and external affairs ministries did not immediately respond to requests for comment.

Cairn aims to enforce the award under international arbitration rules, commonly called the New York Convention, and recover losses caused by India’s “unfair and inequitable treatment of their investments”, the court filing showed.