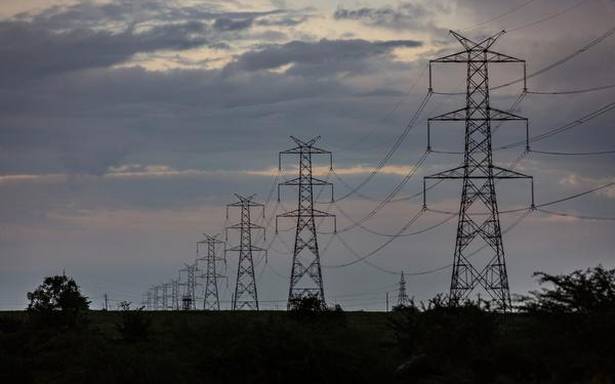 Earlier in October, SECI had called for the expression of interest for procurement of 1,000 MWh BESS

Solar Energy Corporation of lndia Ltd (SECI) is likely to float a tender in November for installation of 1,000 MWh Battery Energy Storage System (BESS) as a pilot project following overwhelming response to expression of interest in this regard, a senior official said.

Earlier in October, SECI had called for the expression of interest (EOI) for procurement of 1,000 MWh BESS.

A stakeholder consultation was held jointly by the Ministry of Power, Ministry of New & Renewable Energy and SECI, on October 28, 2021, under the chairmanship of power secretary.

"The meeting witnessed a huge participation from various stakeholders, ranging from battery manufacturers, system integrators and financing agencies, underscoring the fact that the Government of lndia has taken the steps in the right direction towards fulfilling the ambitious target of 450 GW of renewable energy capacity installation by 2030," the official told PTI.

Around 300 participants had registered for the meeting and more than 250 participants attended the same, hosted by SECI on a virtual platform.

The official said that SECI is likely to float a tender for installation of 1,000 MWh BESS in November.

The participants, encompassing significant project developers, OEMs (original equipment manufactures) as well as Gigawatt manufacturers were welcomed by the power secretary, who highlighted the key aspects of the government guidelines and the immediate road map outlined by the union power minister for installation of 4,000 MWh of Battery Energy Storage Systems in lndia over the next few years, he added.

The meeting on October 28, 2021, was moderated by SECI and gave a short presentation, briefing the participants about the key aspects of the guidelines (for procurement and utilisation of BESS as a part of generation, transmission and distribution assets and with all ancillary services) and draft tender documents.

The presentation was followed by a fruitful deliberation on the primary aspects of the project, broadly covering the project location, performance criteria, applicability of relevant Regulations, etc, the official stated.

The prospective bidders were assured of full cooperation and facilitation by the government agencies, as the success of this pilot capacity of 1,000 MWh is important to pave the way for rapid deployment of large scale standalone BESS capacity in the country, he informed.

The concerns of participants related to the draft guidelines (for procurement and utilisation of BESS as a part of generation, transmission and distribution assets and with all ancillary services) and tender documents were duly noted, with few of them being addressed during the meeting itself.

The participants were asked to submit their queries/suggestions on the draft documents by writing to the SECI, latest by November 7, 2021, he stated.

Based on the comments received, the guidelines will be finalised and issued soon after, followed by publishing of the tender documents by SECI, he further said.