Home » Markets » An election, a mine deal and China loom over Zambia's IMF talks 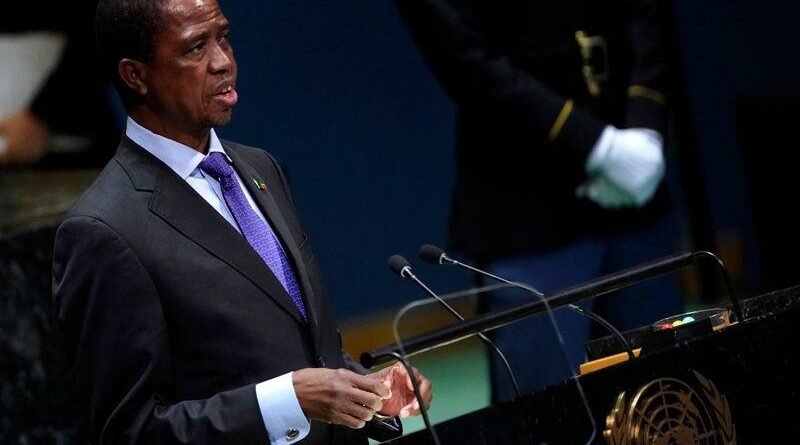 JOHANNESBURG (Reuters) – Zambia and the International Monetary Fund begin discussing a loan programme and debt relief for Africa’s first pandemic-era sovereign default on Thursday, with a controversial mining deal, an election and a mountain of debt to China looming over the talks.

Several African nations are reeling under precarious debt burdens that worsened during the pandemic, and the southern African copper producer is viewed by many as a complex test case for international efforts to tackle the looming crisis.

An IMF team will hold virtual meetings with Zambian officials over three weeks after Lusaka requested in December a programme with the Fund and in January debt relief under a new common framework by the Group of 20 major economies, designed to help the world’s poorest countries tackle their debt burden.

Together with Zambia and the World Bank, the IMF will draft a debt sustainability analysis that will form the basis for both.

Zambia’s debt had been considered unsustainable before the pandemic struck, and missing a coupon payment on a dollar bond in November tipped it officially into default.

While the framework principles have been agreed, the exact process and many details have yet to be hammered out.

Holders of Zambia’s $3 billion worth of Eurobonds accept that they will face a write down, but they want a seat at the table.

“We … have no clarity on how they intend to treat bilateral creditors, especially China,” said Kevin Daly of Aberdeen Standard Investments, a member of the creditor group.

Zambia owes around $3 billion to Chinese entities. Private creditors have blamed a lack of transparency regarding that debt for hampering talks with the government.

Beijing regularly offers debt reprofiling when borrowers have trouble paying. However, Zambia’s woes might require more than extending payment periods, and it is unclear if China is ready to share the pain.

“Beijing is likely to only accept nominal haircuts on its claims if they are reciprocated in at least as favourable terms by private-sector creditors,” said Mark Bohlund, senior credit research analyst at Redd Intelligence.

After years of strained relations, Zambia says it wants to work with the IMF to get its debt under control. But programme conditions are expected to be unpopular domestically and test the resolve of President Edgar Lungu ahead of elections in August.

The recent purchase of the Mopani Copper Mines by state mining investment firm ZCCM-IH – for many an early sign of electioneering – will complicate IMF talks, say analysts.

ZCCM-IH Chief Executive Mabvuto Chipata told Reuters the $1.5 billion in debt taken on for the transaction would be paid off using the mine’s output and not added to Zambia’s liabilities.

The IMF is unlikely to see it that way, said Grieve Chelwa, an economist with The New School in New York.

“Even though it’s sitting on Mopani’s balance sheet … ultimately the Zambian government is liable,” he said “Is this going to affect the talks? I suspect so. It’s a big deal.”

Here are the stocks to buy if an all-out U.S.-China trade war erupts, says Goldman