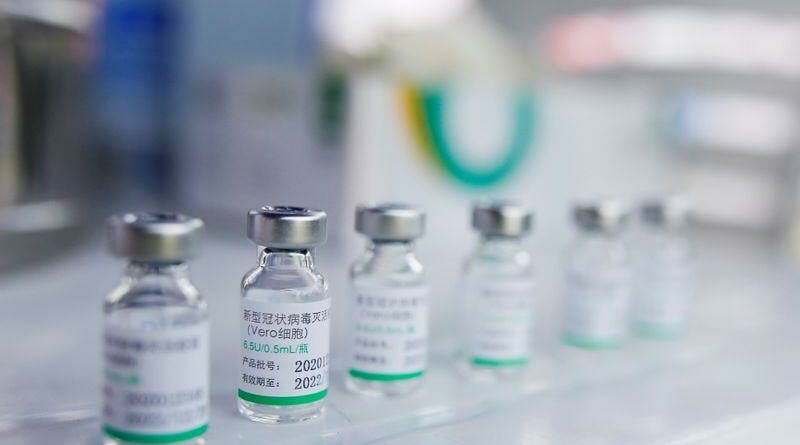 HARARE (Reuters) – Zimbabwe has purchased 600,000 COVID-19 vaccine doses from China’s Sinopharm, in addition to 200,000 China has donated, its information minister said on Wednesday, adding these were due to arrive in Zimbabwe by the start of March.

Monica Mutsvangwa also said Zimbabwe negotiating with Russia over the procurement of its Sputnik vaccines and was expecting more doses from India and COVAX.

A total of 800,000 Sinopharm doses will be in the country by the start of March, Mutsvangwa said in a video posted on the information ministry’s Twitter feed on Wednesday, with aircraft heading to China to collect the shots no later than Feb. 13.

“The donation of 200,000 doses and an initial batch of 600,000 doses which the Zimbabwe government has purchased are expected in the country by February 15 2021 and the first week of March 2021 respectively,” she said.

Only a handful of African nations have begun giving vaccinations as the continent scrambles to obtain supplies for its 1.3 billion people, even as many richer nations are racing ahead with mass immunisation campaigns.

Zimbabwe has set aside $100 million for vaccine procurement, and is looking to buy 20 million doses in a bid to immunize about 60% of its population and achieve herd immunity.

The Sinopharm announcement comes as COVID-19 cases surge in the country of around 15 million people.

It has so far reported 34,864 confirmed cases of the virus and 1,364 deaths, the majority of which have been recorded since the start of this year.

SoftBank sheds $15B on US tech stock rout