Home » Markets » An isolated Trump, cut off from Twitter, faces a new drive for impeachment 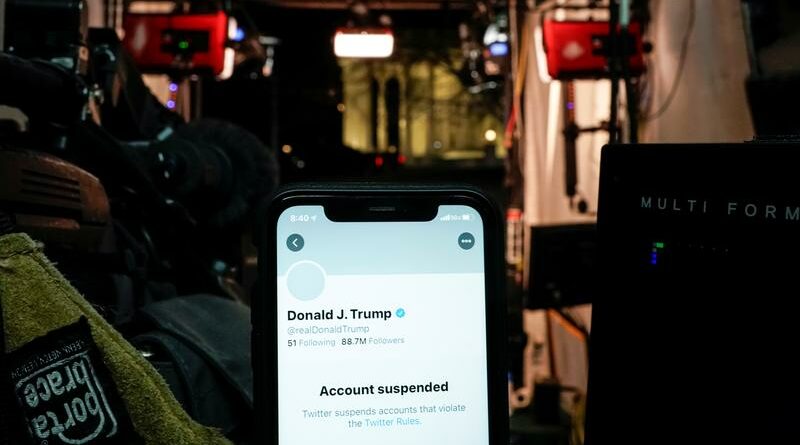 WASHINGTON (Reuters) – An increasingly isolated and angry President Donald Trump, cut off by Twitter in the waning days of his term, faces a renewed drive by Democrats to remove him from office after he incited his supporters to storm the U.S. Capitol.

Twitter permanently cut off Trump’s personal account and access to his nearly 90 million followers late on Friday, citing the risk of further incitement of violence, three days after Trump exhorted thousands of supporters to march on the Capitol as Congress met to certify his defeat to Democrat Joe Biden.

The resulting chaos, viewed with shock around the world, left a police officer and four others dead in its wake.

Trump’s frequent use of Twitter was a key part of his campaign as he overhauled the Republican Party and beat Democrat Hillary Clinton to win the presidency in 2016. Since then he has used it to fire up his political base, attacking those who opposed him.

Twitter has long resisted pressure to suspend Trump’s account. But after a “close review” of the president’s recent tweets, the company said on Friday evening it “had permanently suspended the account due to the risk of further incitement of violence.”

Trump later used the official @POTUS government to lash out at Twitter, addressing the 75 million “great patriots” who voted for him: “We will not be SILENCED!” Trump said he was considering building his own social media platform.

A photo illustration shows the suspended Twitter account of U.S. President Donald Trump on a smartphone in a media board cast tent at the White House in Washington, U.S., January 8, 2021. REUTERS/Joshua Roberts/Illustration

The suspension came a day after a subdued Trump denounced Wednesday’s violence in a video in which he also vowed to ensure a smooth transition of power.

House Speaker Nancy Pelosi said on Friday that if Trump did not resign, she had instructed the House Rules Committee to move ahead with a motion for impeachment and legislation on the U.S. Constitution’s 25th Amendment, which provides for removal of a president who is unable to discharge his official duties.

A copy of draft articles of impeachment circulating among members of Congress charged Trump with “inciting violence against the government of the United States” in a bid to overturn his loss to Biden.

Senate Republican Leader Mitch McConnell sent a memo to Republican senators detailing a possible timetable for an impeachment trial. He noted the Senate will hold its next work session on Jan. 19 and needs the consent of all 100 senators to convene sooner – meaning a trial would not begin until Trump was out of office, a source familiar with the document said.

A Reuters/Ipsos poll conducted Thursday and Friday found 57%of Americans want Trump to be removed immediately from office following the violence.

Trump’s role in encouraging Wednesday’s chaos has opened a growing rift within the Republican Party.

Senator Ben Sasse of Nebraska, a frequent Trump critic, told CBS News he would “definitely consider” impeachment because the president “disregarded his oath of office.”

Republican Senator Lisa Murkowski said Friday Trump should resign immediately and if the party cannot separate itself from him, she is not certain she has a future with it.

“I want him out. He has caused enough damage,” the Alaska senator told the Anchorage Daily News.

It is unclear whether lawmakers would be able to remove Trump from office, as any impeachment would prompt a trial in the Senate, where his fellow Republicans still hold power and two-thirds of the 100 members must vote to convict for his removal.

The House impeached Trump in December 2019 for pressuring the Ukrainian president to investigate Biden, but the Senate acquitted him in February 2020.

For the 25th Amendment to be invoked, Vice President Mike Pence and the majority of Trump’s Cabinet would need to declare Trump is unable to perform the duties of the presidency. Pence is opposed to the idea of using the amendment, an adviser said.