BEIRUT (Reuters) -At least 20 people were killed in a fuel tank explosion in Akkar in northern Lebanon, the Lebanese Red Cross said on its Twitter account early on Sunday.

Reuters was unable to immediately reach Red Cross and Lebanese officials for details.

At least 79 were injured and being taken to local hospitals, which are in dire need of donated blood, the Red Cross said.

Lebanon is suffering from a severe fuel shortage. Hospitals have warned that they are low on fuel and may be forced to shut down.

A military and a security source said that the Lebanese army had seized a hidden fuel storage tank, and was in the midst of handing out gasoline to residents when the explosion took place.

About 200 people were present nearby at the time of the explosion, eyewitnesses said.

The Red Cross said its teams were still searching the explosion site, sharing on Twitter a photo of several people walking around a large crater.

“The Akkar massacre is no different from the port massacre,” said former Prime Minister Saad al-Hariri on Twitter, referencing an explosion at Beirut’s port one year ago, and calling on Lebanese officials including the president to take responsibility and resign.

Hariri is the leading Sunni Muslim politician, the dominant religion in Lebanon’s north, and has been in open opposition to Lebanese President Michel Aoun.

Gebran Bassil, who heads the party founded by Aoun, wrote on Twitter that “our hearts are with families in Altalil and Akkar tonight.” 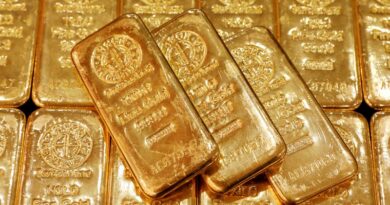