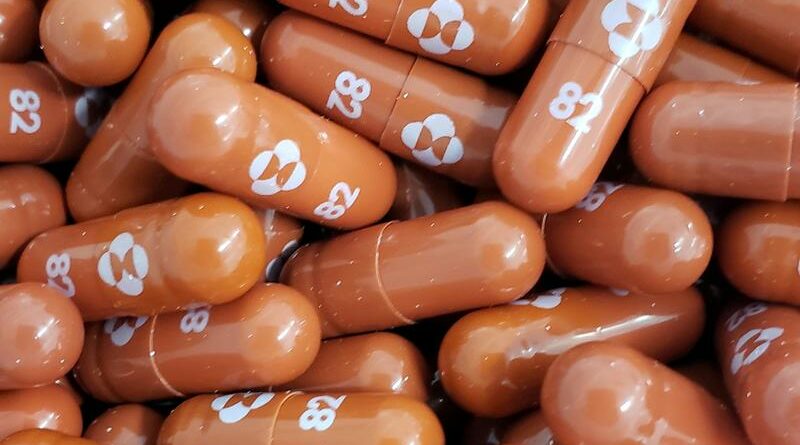 SYDNEY (Reuters) – Australia will buy 300,000 doses of Merck & Co’s experimental antiviral pill, Prime Minister Scott Morrison said on Tuesday, as the country looks to boost its vaccine arsenal to fight COVID-19 and aims to reopen its borders next month.

Molnupiravir, which would be the first oral antiviral medication for COVID-19 if it gets regulatory approval, could halve the chances of dying or being hospitalised for people most at risk of contracting severe COVID-19, according to experts.

Merck, last week, said it plans to seek U.S. emergency use authorization for the pill as soon as possible and make regulatory applications worldwide including Australia.

“These treatments mean that we are going to be able to live with the virus,” Morrison told Nine News on Tuesday, after he announced last week that an 18-month ban on Australians travelling abroad will be lifted from November in states enjoying higher vaccination coverage.

Morrison said Australia will likely open to international visitors next year as the latest border relaxations apply only for citizens and permanent residents.

Australia is pursuing a faster reopening through higher vaccination rates with Sydney and Melbourne, its largest cities, and the capital Canberra enduring a weeks-long lockdown to combat the highly infectious Delta variant. The first-dose rate in the adult population is expected to top 80% later on Tuesday.

Sydney, the country’s largest city, is poised to exit its lockdown on Oct. 11, the first Monday after it expects 70% of its population over 16 to be fully vaccinated, as daily cases fell to the lowest in nearly seven weeks on Monday.

Even with the Delta outbreaks, Australia still has relatively low coronavirus numbers, with around 115,200 cases and 1,350 deaths since the beginning of the pandemic.