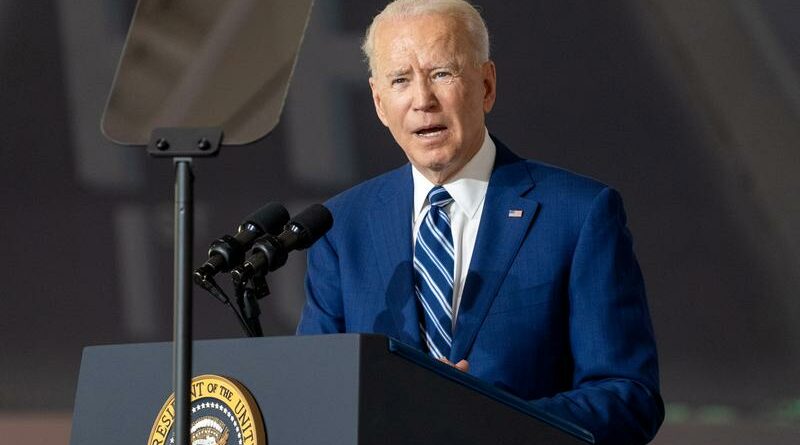 A Democrat, Biden urged Congress to protect LGBTQ people from discrimination by passing the Equality Act. Donald Trump, his Republican predecessor, did not officially recognize Pride Month during his four years in office.

“For all of our progress, there are many States in which LGBTQ+ individuals still lack protections for fundamental rights and dignity in hospitals, schools, public accommodations, and other spaces,” Biden said.

“We will not rest until full equality for LGBTQ+ Americans is finally achieved and codified into law.”

Biden cited what he called a tragic spike in violence against transgender people, especially transgender women of color and LGBTQ youth who face bullying and harassment in academic settings and run the risk of self-harm and death by suicide.

Activists describe the Biden administration as the most pro-LGBTQ in U.S. history.

On his first day in office, Biden signed an executive order directing federal agencies to protect LGBTQ people under all federal laws that prohibit discrimination based on sex. Biden also reversed a ban on transgender people openly enlisting and serving in the military.

The Biden White House also reversed an order issued by Trump’s then-Secretary of State Mike Pompeo on flying the Pride flag and some U.S. embassies, including in India and Australia, are highlighting their support for LGBTQ people.

In Florida on Tuesday, Governor Ron DeSantis, who is closely aligned with Trump, signed into law banning transgender women and girls from participating in school sports, part of a campaign in statehouses nationwide this year that equal rights activists assail as discriminatory.