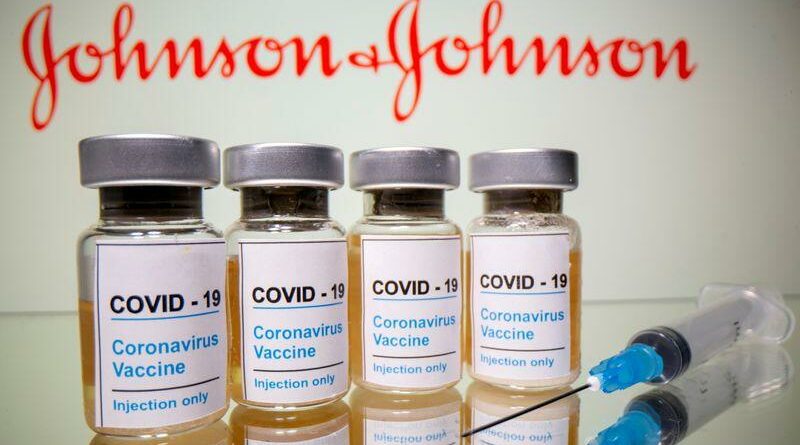 Markets
06/04/2021 brazil, coronavirus, health, J, US
FILE PHOTO: Vials with a sticker reading, “COVID-19 / Coronavirus vaccine / Injection only” and a medical syringe are seen in front of a displayed Johnson & Johnson logo in this illustration taken October 31, 2020. REUTERS/Dado Ruvic

“We agreed with Janssen to bring another 3 million doses that will be now be administered in June,” Queiroga said in an interview with the CB Poder program hosted by newspaper Correio Braziliense.

The Health Ministry had struck a deal with Janssen for the acquisition of 38 million doses, with delivery of 16.9 million shots estimated between July and September and 21.1 million between October and December.

Asked about Queiroga’s remarks, the ministry confirmed that some of the first delivery will be brought forward.

The J&J vaccine, a single shot against COVID-19 unlike others used in Brazil, was approved in March by the country’s health regulator Anvisa.

Brazil is already using three vaccines to immunize its population against COVID-19, produced by AstraZeneca, Sinovac Biotech and Pfizer.