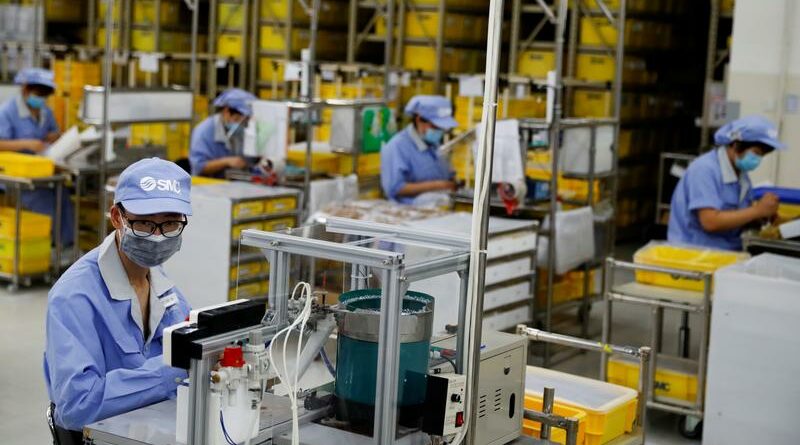 BEIJING (Reuters) – China’s factory activity fared better than expected in September, stabilising after a slump in August, a business survey showed on Thursday, with a smaller decline in production countering an uptick in demand.

FILE PHOTO: Employees wearing face masks work at a factory of the component maker SMC during a government organised tour of its facility following the outbreak of the coronavirus disease (COVID-19), in Beijing, China May 13, 2020. REUTERS/Thomas Peter/File Photo

The Caixin/Markit Manufacturing Purchasing Managers’ Index (PMI) rose to 50.0 in September from 49.2 the month before, versus analyst expectations of 49.5 in a Reuters poll. The 50-mark separates growth from contraction on a monthly basis.

China is in the grip of a power crunch due to a shortage of coal, tougher emissions standards, and strong demand from industry, triggering widespread curbs on electricity usage.

The output sub-index showed production fell for a second consecutive month but at a slower pace.

“The resurgence of the epidemic in several regions and shortfalls in raw material supplies slowed production at manufacturing companies,” said Wang Zhe, senior economist at Caixin Insight Group, in comments released alongside the data.

China has also been dealing with ongoing small-scale coronavirus outbreaks in the southeastern province of Fujian and Heilongjiang province in the country’s northeast.

“Surveyed enterprises said the rise in costs was mainly caused by a sharp increase in the prices of energy, industrial metals and electronic raw materials,” said Wang.

New export orders slipped faster into contraction, the data showed, hitting the lowest level since February, as overseas demand cooled. Factories continued to lay off workers and at a quicker pace.

“The demand for consumer goods was weak, reflecting consumers’ lack of purchasing power,” said Wang, adding that demand for intermediate goods was higher.

A sub-index for new orders returned to expansion. Input prices rose at the fastest pace since May.

3 Popular Pot Stocks That Won't Be Profitable in 2020 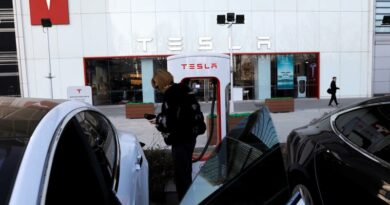 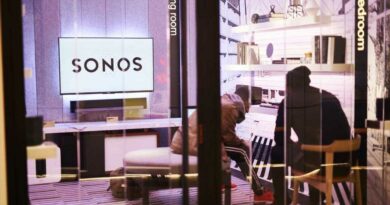