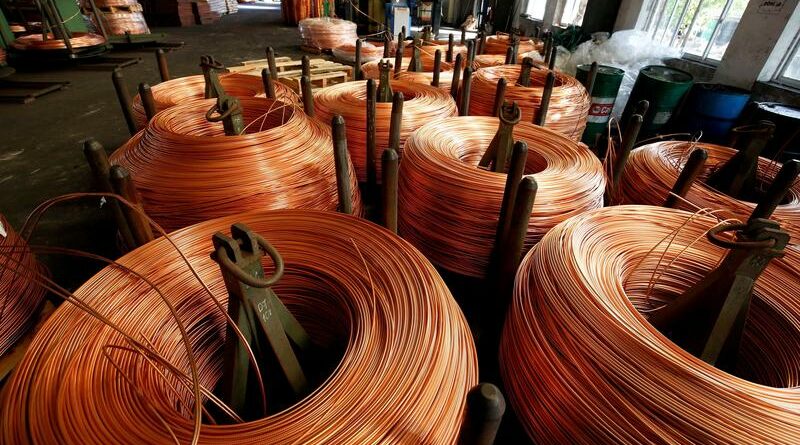 BEIJING (Reuters) – China’s factory gate inflation eased in June after a government crackdown on runaway commodity prices, but the annual rate stayed uncomfortably high and underlined growing strains on the economy as Beijing tries to bolster a post-coronavirus revival.

Friday’s data from the National Bureau of Statistics (NBS) showed the producer price index (PPI) increased 8.8% from a year earlier, compared with a 9.0% rise in May, and in line with analysts’ expectations in a Reuters poll.

The PPI, a benchmark gauge of a country’s industrial profitability, inched up 0.3% on a monthly basis, easing sharply from a 1.6% uptick in May, as prices for copper and steel fell.

The monthly slowdown comes as China, the world’s biggest consumer of both coal and iron ore, has stepped up efforts to rein in runaway metals prices. The measures included selling supplies from state reserves and launching investigation of illegal stockpiling and price gouging..

“The domestic policy of ensuring supply and stabilising prices in the commodity sector is showing initial effect, driving an improvement in the market supply and demand, and a slowdown in price gains of industrial products,” said Dong Lijuan, a senior statistician at the NBS in a statement accompanying the data release

Yet, some analysts believe the government crackdown will have only a limited impact due to an ongoing imbalance between tight supplies and rising demand by more countries recovering from the pandemic.

“PPI continued to hover at an elevated level in June and we did not see a significant fallback,” said Wang Jun, chief economist at Zhongyuan Bank, adding that he expects PPI to trend above 7% year-on-year in the second half of the year.

“Despite the recent changes in commodity prices, we cannot rule out price gains would accelerate again in H2. We need to stay alert to the possibility of another peak in factory-gate inflation.”

Hao Zhou, senior EM economist Asia at Commerzbank, expects PPI would stay around 8-9% in the second half of the year, given the recent strength in international crude oil prices.

Chinese leaders have raised increasing alarm over the negative impact of rising raw material prices on many small firms, which are unable to pass on the higher costs to consumers.

That in turn has stoked broader worries of a stalling in the post-COVID recovery of the world’s second-biggest economy.

To help firms cope with rising commodity prices, the country’s cabinet on Wednesday raised the prospect of timely cuts to the amount of cash banks must hold as reserve, which would be the first such move since April last year when the economy was badly jolted by the COVID-19 pandemic.

Many analysts expect the pent-up COVID demand has peaked and China’s growth rates are starting to moderate in the second half of the year, weighed by weakening exports, surging producer price inflation and Beijing’s continued crackdown on property market.

Pork prices, a key component of China’s CPI, have been on the decline in recent months, driving a drop of 1.7% in food prices. Concerned about tumbling pork prices, authorities late last month also announced plans to buy pork for state reserves.

China’s annual average consumer inflation is likely to be below 2% this year, the central bank governor Yi Gang said last month, well below the government target of around 3%.

Core inflation, which strips of volatile food and energy prices, stood at a mild rate 0.9% in June, unchanged from May, a potential source of concern for policymakers as it suggests underlying demand remains weak.

“In our view, the elevated PPI inflation reading is the result of supply side constraints, so we expect Beijing to turn to easing measures – rather than tightening – to contain the surge in raw materials prices and support growth,” said analysts at Nomura. 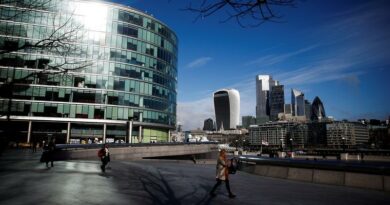 Irish assets worth 100 billion euros leave London due to Brexit

Mark Levin challenges psychiatrist who warned that Trump is 'dangerous': 'No offense, you sound like a palm reader'