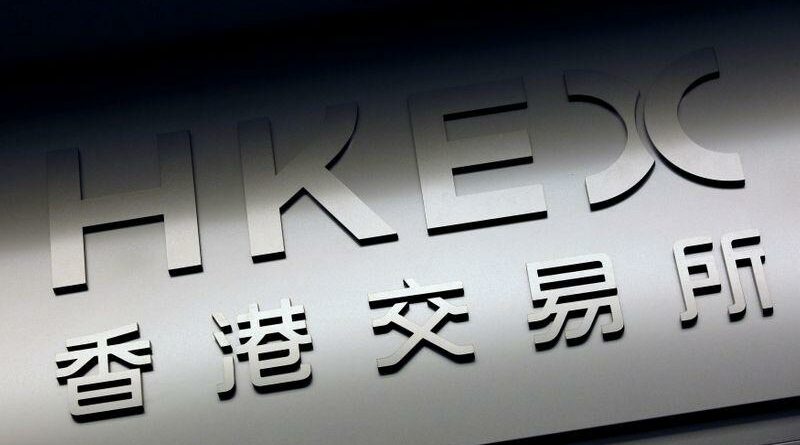 HONG KONG (Reuters) – Hong Kong announced on Wednesday it would increase the stamp duty on stock trading in the global financial hub, sending shares in the city’s stock exchange operator tumbling, even as it posted record profits on the back of high trading volumes.

The stamp duty on stock trading would rise to 0.13% from the current 0.1% on Aug. 1, Hong Kong Financial Secretary Paul Chan announced in his annual budget speech, as the government sought to boost revenues which have been hit by the COVID-19 pandemic.

He said the decision had been made after duly considering the impact on the securities market and Hong Kong’s international competitiveness.

The announcement sent shares in Hong Kong Exchanges and Clearing (HKEX) down 11%, the biggest one day fall since October 2008, even as it posted upbeat earnings.

“Whilst we are disappointed about the government’s decision to raise stamp duty for stock transactions, we recognise that such a levy is an important source of government revenue,” a spokesman for HKEX said.

Trading revenue is the largest contributor to HKEX’s income.

The Hong Kong government previously estimated it would earn HK$35 billion in stamp duty revenue for the current fiscal year as a result of high trading volumes, based on the current 0.1% tax rate.

Other major global trading centres such as the United States and Japan do not impose stamp duties on stock trading.

GEO Securities chief executive Francis Lun said a rise in the stamp duty had been expected by some investors. But he said the rise was smaller than some had predicted, and would cost an extra $HK30 for every $1 million worth of trades.

“It is not going to hurt the common investor in Hong Kong,” he told Reuters.

“It could have an impact on the flash or the day traders who operate on very thin margins but the existence of a stamp duty in the first place, even at 0.1%, means we have very few of those traders here.”

Hong Kong’s Financial Services and Treasury Bureau did not respond to a request for comment on how much revenue the increased stamp duty on stock trading would raise.

The budget papers said the combined impact of changes to several stamp duties would result in an increase of HK$13 billion in government revenues in the 2021/2022 fiscal year, the bulk of which would come from the increased levy on stock trading.

Average daily turnover of equity products traded on the Hong Kong exchange rose 60% in 2020, as investors reacted to market volatility early in the year, caused by the COVID-19 pandemic, and subsequent optimism caused by news of vaccine roll-outs.

Trading was also boosted by a string of new listings, most notably by U.S.-listed Chinese companies, such as tech firm JD.com, seeking secondary listings in Hong Kong.

Hong Kong was the second most popular listing venue globally in 2020, with deals worth $31.2 billion, compared to Nasdaq’s $51.3 billion, according to Refinitiv data.

Some 19 major stock exchanges in Asia, including HKEX, had a cumulative turnover of $5.5 trillion in January, the highest in six months, according to data from the World Federation of Exchanges.