SHANGHAI, July 14 (Reuters) – China’s yuan eased against a firmer dollar on Wednesday morning, with many investors growing cautious after the currency’s value against its major trading partners surged to a more than five-year high.

The weaker fixing, however, has pushed China’s trade-weighted yuan basket index to 98.45, the highest since March 16, 2016, according to Reuters’ calculations based on official data.

Markets widely take 98 as the ceiling for the index, with many investors believe that too strong a reading would be a disadvantage for China’s exports.

Some market participants speculated that the elevated basket index could prompt the policymakers to step in rein in the strength.

“The relatively rich valuation of CNY, with year-to-date 3.8% appreciation against its basket, adds another layer of vulnerability in the coming months, not to mention the divergence in policy direction compared with the U.S. Federal Reserve on tapering and normalization,” Wee-Khoon Chong, senior markets strategist for APAC at BNY Mellon, said in a note.

The yuan has only gained 0.8% against the dollar this year.

Sun Guofeng, head of the monetary policy department at the PBOC, told media on Tuesday that China would maintain normal monetary policy stance and prioritise stability and focus on domestic conditions.

Sun’s remarks came after the PBOC announced on Friday that it would cut the amount of cash that banks must hold as reserves.

But still, some investors took the surprise RRR cut as a signs of dovish tilt and believed that higher liquidity should naturally pile downside pressure on the currency, according to traders. 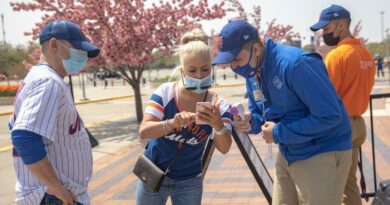 Microsoft doubles down on gaming with $7.5 billion deal for Doom-owner ZeniMax