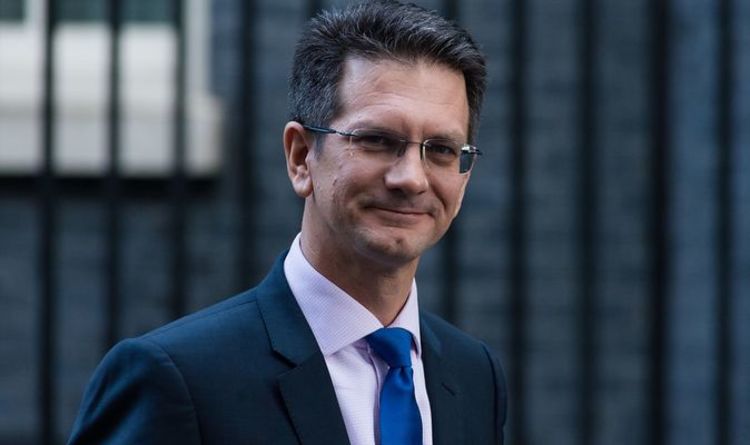 Prior to the beginning of the Euro 2020 final, English and Italian players took the knee to highlight racial inequality and discrimination – a move seen by a number of conservative politicians as a political statement. On Tuesday, Steve Baker, the former minister and hard Brexit campaigner, pleaded with his party to change their attitude towards taking the knee and called for better politicians to try and understand the motives behind it.

Writing a message to MPs on the Conservatives Against Racism, For Equality group, Mr Baker said it was a “decisive moment for our party”.

He said: “Much as we can’t be associated with calls to defund the police, we urgently need to challenge our own attitude to people taking a knee.

“I fear we are in danger of misrepresenting our own heart for those who suffer injustice.”

Prior to the start of the Euro 2020 tournament, Home Secretary Priti Patel, described the protest action as “gesture politics” and refused to condemn the many football fans who booed the English players throughout the competition.

On Wednesday, Labour will be granted an urgent question in parliament on racism on social media following the racist abuse thrown at players in the wake of the Euro 2020 final.

Sir Keir Starmer’s party also wants the Government to use the upcoming Online Safety Bill to give courts the power to ban anyone convicted of racist abuse online from entering football grounds.

Football banning orders apply to racist slurs shouted from the terraces but do not currently cover offences that take place online.

Jo Stevens, shadow culture secretary, said: “The racists who have been abusing England players online should be banned from football grounds.

“They do not deserve to be anywhere near a game of football.

“Labour would ensure that online abuse is treated in the same way as racism directed at players from the terraces is, so that these racists are brought to justice and banned from grounds.”

A Tory source told The Guardian: “I think there needs to be a serious realisation soon in government that people simply don’t care about the culture war crap.

“They care about the cost of living, NHS and crime.

“They don’t want to see us starting fights with Marcus Rashford.”

On Tuesday, the Prime Minister invited tech companies to No10, urging them to hand over details of individuals who have posted racist content online to the police.

A spokesperson for Mr Johnson said the PM would “reiterate the urgent need for action ahead of tougher laws coming into force in the online harms bill.”

He added there was “no question that abuse was upsetting, unfair and must be stamped out”.