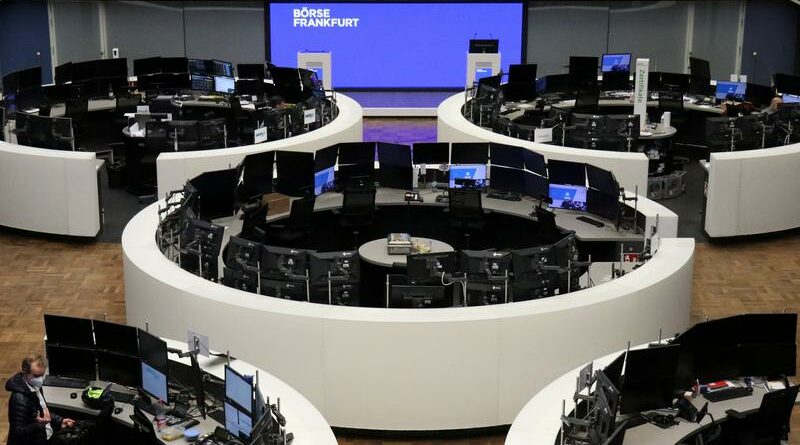 (Reuters) -European stocks kicked off the new quarter with gains on Thursday, as optimism around a new U.S. government spending plan and strong factory activity data out of the euro zone eclipsed concerns about another lockdown in France.

The pan-European STOXX 600 index rose 0.5%, hovering just 2 points below its all-time high. The benchmark ended the first quarter with a 7.7% rise – its fourth straight quarter of gains.

Despite slow vaccination programmes and a fresh pandemic wave hitting several countries, European markets have recovered almost all of their pandemic-driven losses on strong manufacturing activity and a bounceback in economy-linked stocks such as banks and energy.

Data showed euro zone factory activity growth galloped at its fastest pace in the near 24-year history of a leading business survey in March.

“We remain optimistic on the recovery and believe current vaccine delays in the EU are unlikely to jeopardise the rebound in growth: the supply of vaccines is set to improve significantly in 2Q/3Q,” analysts at Equita wrote in a note.

Chip stocks including those of ASML, ASMI, Infineon Technologies BE Semiconductor all rose between 1.2% and 4% after U.S. chipmaker Micron Technology issued an upbeat revenue forecast.

Also boosting the sector, contract chipmaker TSMC said it plans to invest $100 billion over the next three years to increase capacity at its plants.

British food delivery firm Deliveroo’s shares inched down 0.8% after plunging by as much as 30% in their trading debut on Wednesday.

Catering companies Sodexo and Elior slipped even as Sodexo forecast an expansion of second-half revenue after reporting a large beat on its first-half profit margin.

Swiss lender Credit Suisse rose 2.5%, but was on track for its worst week since March 2020, hit by worries about the fallout from Archegos Capital’s dramatic meltdown.

Jonathan Swan: How Joe Biden can be the big winner from tonight's debate