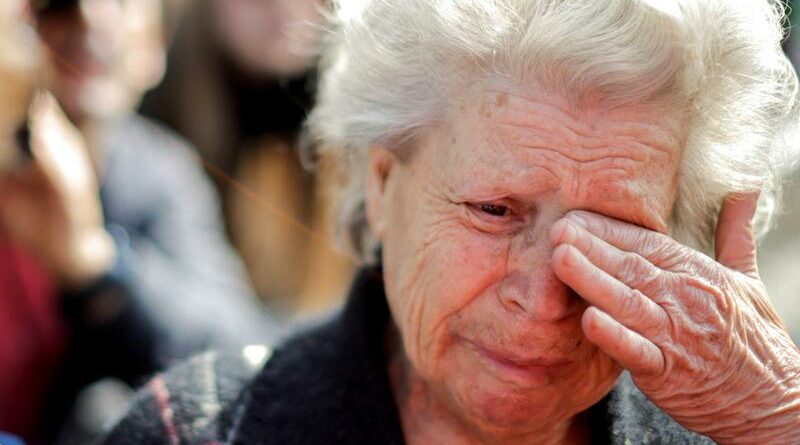 ZAPORIZHZHIA/MARIUPOL, Ukraine (Reuters) -Dozens of evacuees who cowered for weeks in the ruins of a steel works in Russian-occupied Mariupol reached the safety of Kyiv-controlled Zaporizhzhia on Tuesday where hospitals were ready to treat people for anything from burns to malnutrition.

Mariupol Mayor Vadym Boichenko said more than 200 civilians remain in the Azovstal steel plant in the Sea of Azov port city, which has been devastated by weeks of Russian bombardment, and that about 100,000 civilians were still in Mariupol.

“Thanks to the operation, 101 women, men, children, and older persons could finally leave the bunkers below the Azovstal steelworks and see the daylight after two months,” Osnat Lubrani, U.N. humanitarian coordinator for Ukraine, said.

The United Nations and International Committee of the Red Cross coordinate a five-day operation on April 29 to bring out women, children and the elderly from the steel works.

The sprawling Azovstal industrial complex became a refuge for both civilians and Ukrainian fighters as Moscow laid siege to Mariupol, devastating the city .

Hospitals have been stocked up and supported by volunteers to prepare for the arrival of the convoy, Dr Dorit Nizan, World Health Organization (WHO) Incident Manager for Ukraine, said by Zoom from Zaporizhzhia.

“We are ready for… burns, fractures and wounds, as well as diarrhoea, respiratory infections. We are also ready to see if there are pregnant women, children with malnutrition. We are all here and the health system is well prepared,” she said.

She said some people had arrived recently by making their own way from villages near Mariupol and had minor injuries, but that mental health was the “big issue”.

“Many cried when they arrived when they were met by family members. It was very moving,” she said.

In Mariupol, 64-year-old resident Tatyana Bushlanova is so used to Russian bombardments that she does not flinch when shells explode.

“You wake up in the morning and you cry. You cry in the evening. I don’t know where to go at all… everything is destroyed, everything is broken. Where should people go now? Here, they are sitting there with small kids with little ones,” Bushlanova said on Monday, wiping away tears on a bench outside a charred apartment block.

“It does not stop. I don’t know how to stay here during the winter. We don’t have a roof, don’t have windows. Everything is very complicated.”