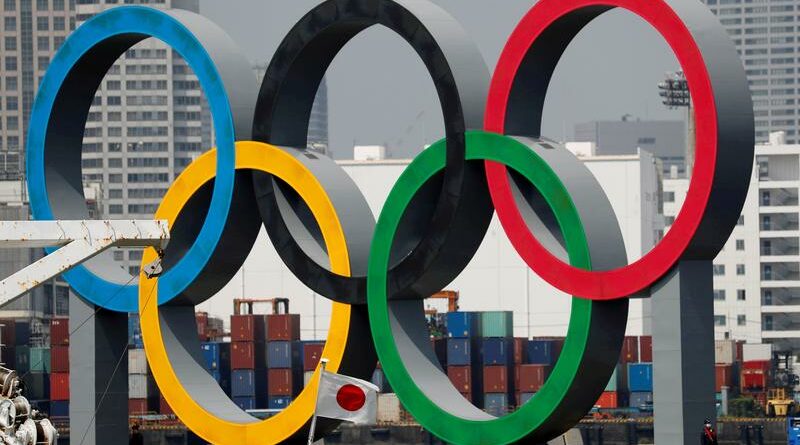 TOKYO (Reuters) – Moderna Inc’s COVID-19 vaccine is unlikely to win approval in Japan until May due to requirements for local clinical trials, the distributor said, casting doubt over a nationwide vaccination rollout before the summer Tokyo Olympics.

With an eye on the Olympics due to start in late July, Japan has secured rights to at least 540 million doses of COVID-19 vaccines from several Western developers, the biggest quantity in Asia and more than enough for its 126 million population.

But Tokyo faces a major regulatory bottleneck due to requirements for local clinical trials before requesting approval. Several other countries have fast-tracked the review process to expedite mass inoculations.

A Japanese trial of the Moderna vaccine, which has already won approval in the United States, Europe, Canada and Israel, is due to start this month.

Masayuki Imagawa, the head of the Japan vaccine business for Takeda Pharmaceutical Co, told Reuters it would likely take several more months to complete the trial and said securing approval in May was “the best case scenario”.

Takeda, Japan’s biggest drugmaker, is a critical component to Prime Minister Yoshihide Suga’s aim to have enough vaccines for the population by June before the Summer Games, currently scheduled to start on July 23.

The company is handling domestic approval and imports of the Moderna shot and local production of Novavax Inc’s vaccine, whose development and approval in Japan is further off.

Moderna did not immediately respond to an emailed request for comment.

A COVID-19 vaccine developed by Oxford University and AstraZeneca Plc is also being trialed in Japan, leaving a shot developed by Pfizer Inc and BioNTech the only one currently under regulatory review in the country.

Japan has arranged to buy 120 million doses each from Pfizer and AstraZeneca. Through Takeda, it will secure 50 million doses of the Moderna vaccine and up to 250 million of the Novavax formula.

Leaving regulatory hurdles aside, production arrangements and logistical challenges could also complicate vaccine rollouts, as Japan is gripped by a third wave of the pandemic that has been the widest and deadliest yet.

New daily infections nationwide have hit fresh records in recent days, exceeding 7,000 on Thursday. The prime minister has declared a month-long state of emergency in Tokyo and three neighbouring prefectures.

“To achieve the needed production volume, there are various factories to be contracted and tech transfers to be done all over the world,” said Imagawa. “And whether that can all really come together to secure enough supply is a remaining challenge.”

Pfizer carried out combined Phase I and II trials of its vaccine candidate in Japan in the autumn and said in late December it had applied for approval in Japan for its vaccine, which at the time was already being distributed in Britain and the United States.

Suga said he hoped administering the Pfizer shot could start by the end of February.

AstraZeneca began Japan trials of its vaccine in September but has not yet applied for approval, even as it was approved in India, Britain, Argentina and El Salvador and filed to regulators in South Korea and Mexico.

An AstraZeneca spokeswoman declined to comment on the vaccine’s approval or distribution timeline in Japan, citing confidentiality with the government.

Takeda hoped to begin clinical trials of the Novavax candidate next month and, upon approval, it would be mass produced at the company’s facility in Yamaguchi prefecture, Imagawa said.