Home » World News » UK snow forecast: 500-mile band of snow to hit Britain with up to 15 inches this weekend 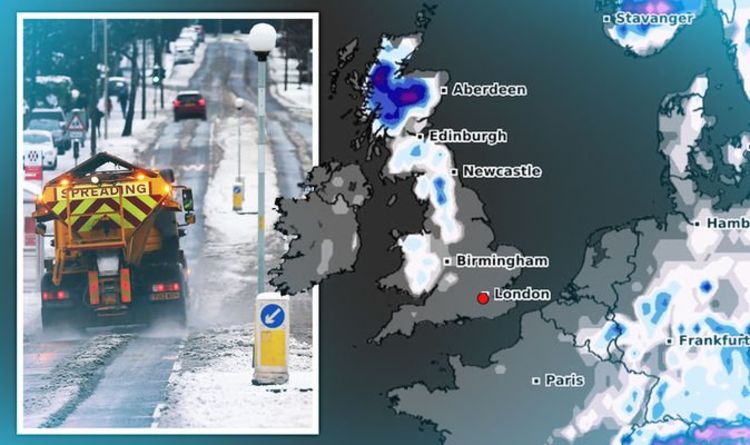 The weather chart shows snow is expected across Wales on Saturday, January 9 at 9am, extending all the way up to the north of Scotland.

The total distance covered, from Cardiff in South Wales to Durness in north Scotland, is 497 miles (800km).

The map, by WXCharts, shows Wales can expect between two and 10cm (3.9inches) of snow, while parts of Scotland can expect up to 40cm (15inches).

The graph, valid for 6am on Saturday, shows parts of Scotland can expect 38cm (15inches) of snow. 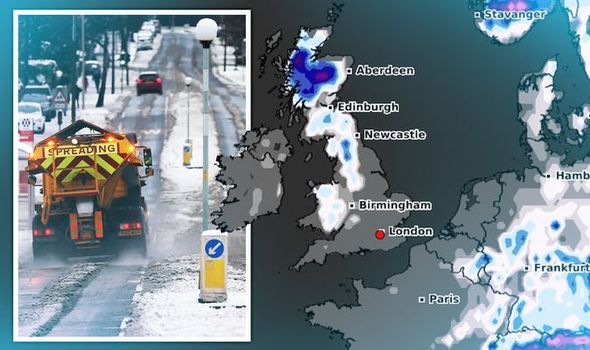 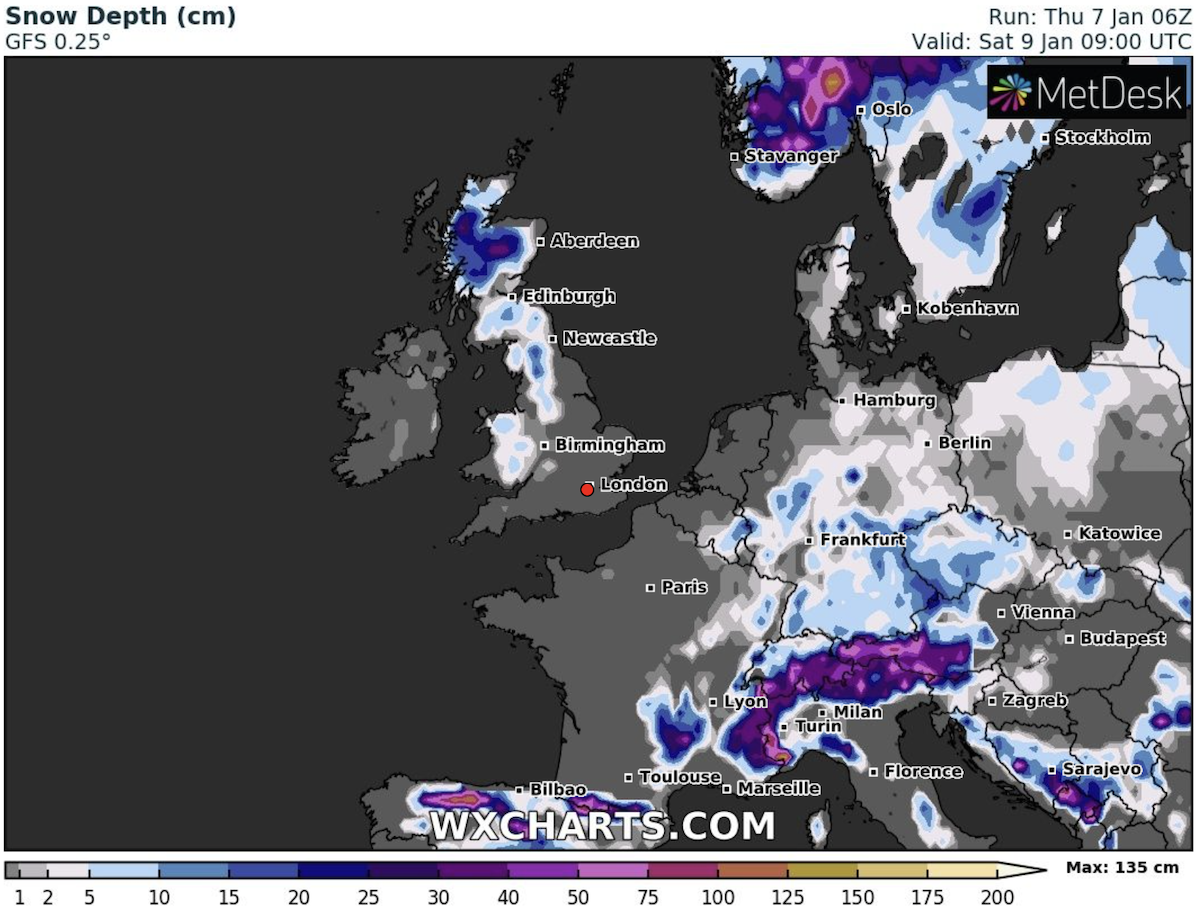 Other areas of the country can also expect significant snowfall, as indicated by the dark blue colours on the map.

The wintry conditions are set to move in from today, Thursday 7.

Weather maps by Netweather show much of north Scotland has a 100 percent risk of snow by 6pm tonight.

Parts of Wales, northern England and the Midlands also have a significant risk of snow, as indicated by the red and white colourings on the chart. 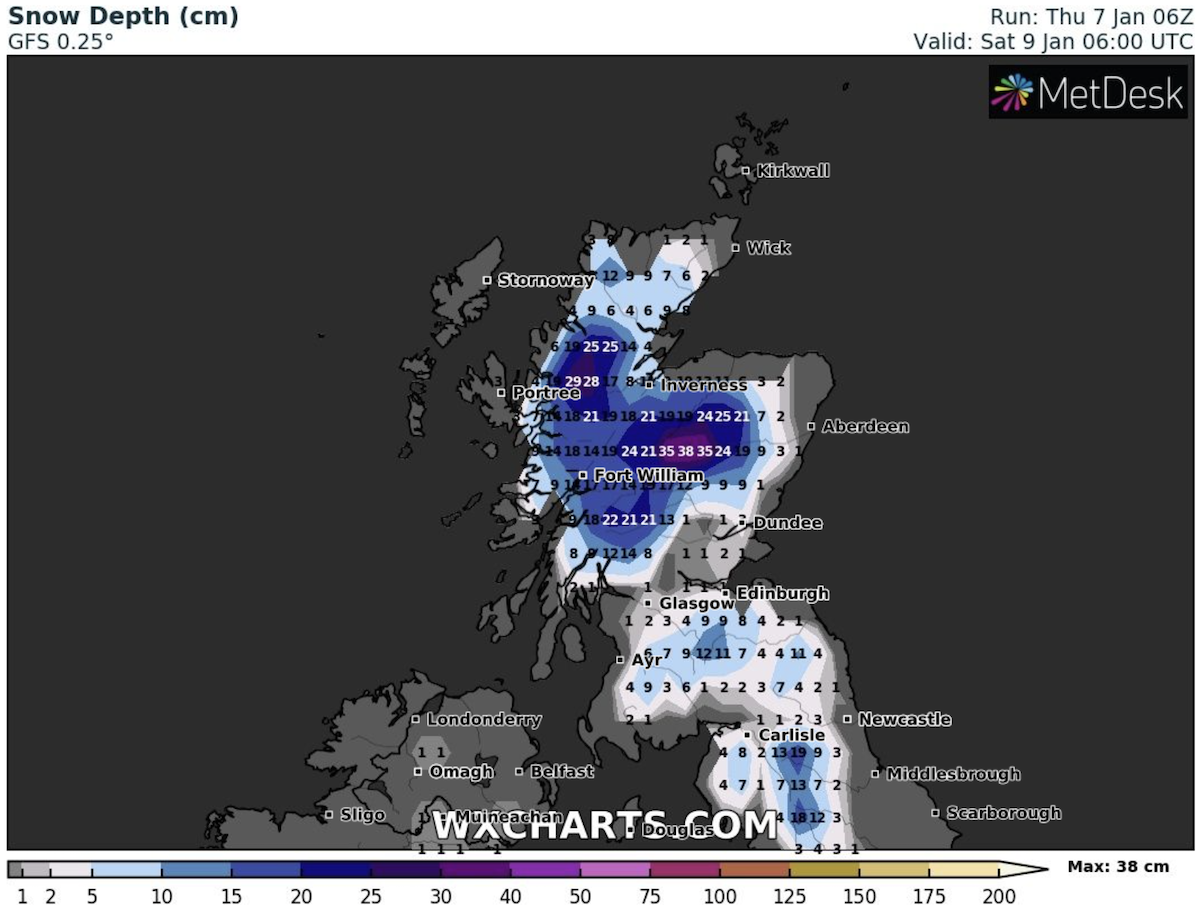 The snow risk is forecast to move further south overnight, with Wales, the Midlands and huge parts of the south covered by at least an 80 percent snow risk by 12pm.

This increases and spreads further west as the day progresses, according to the charts.

The weather maps are supported by several leading forecasters. 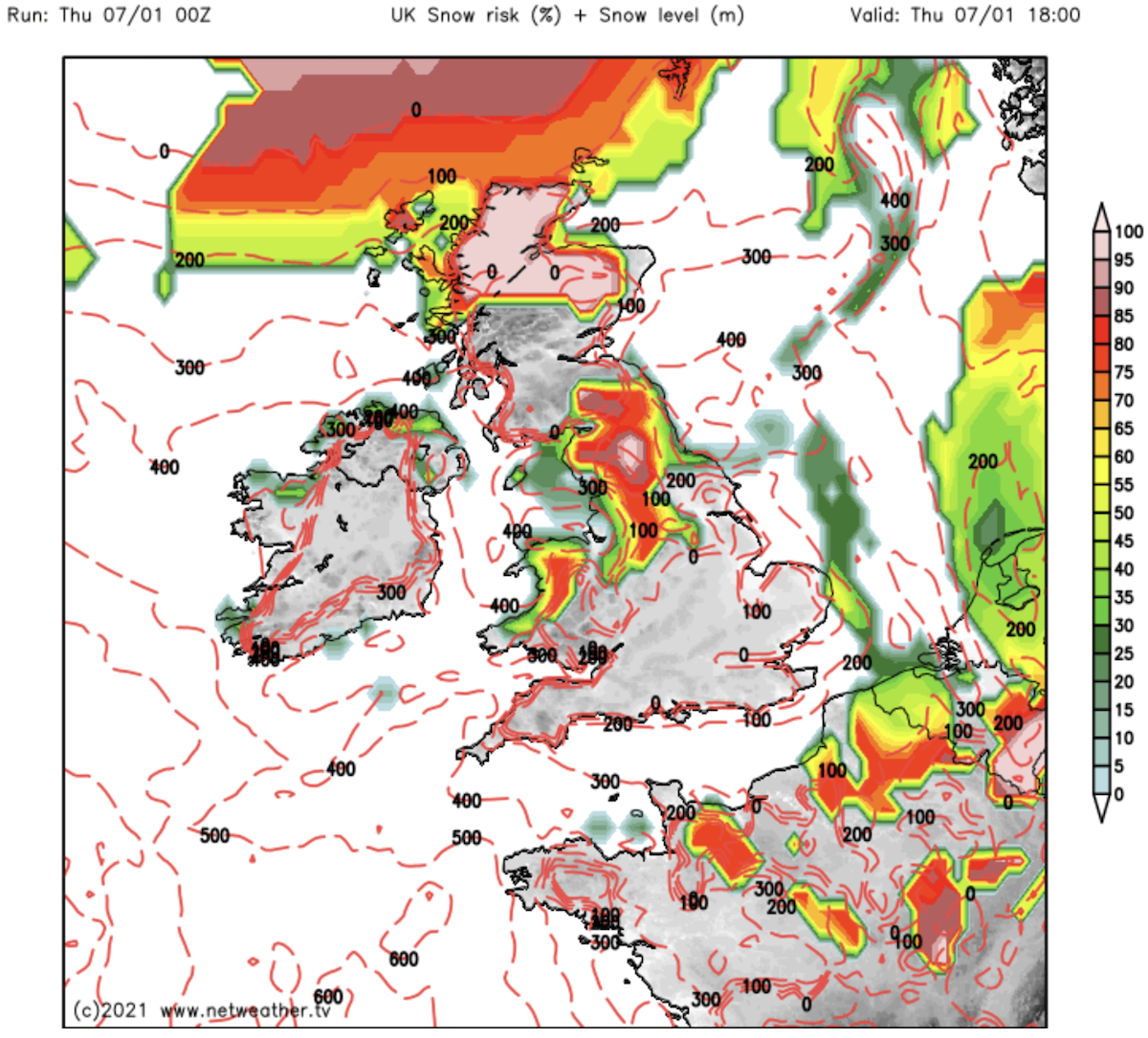 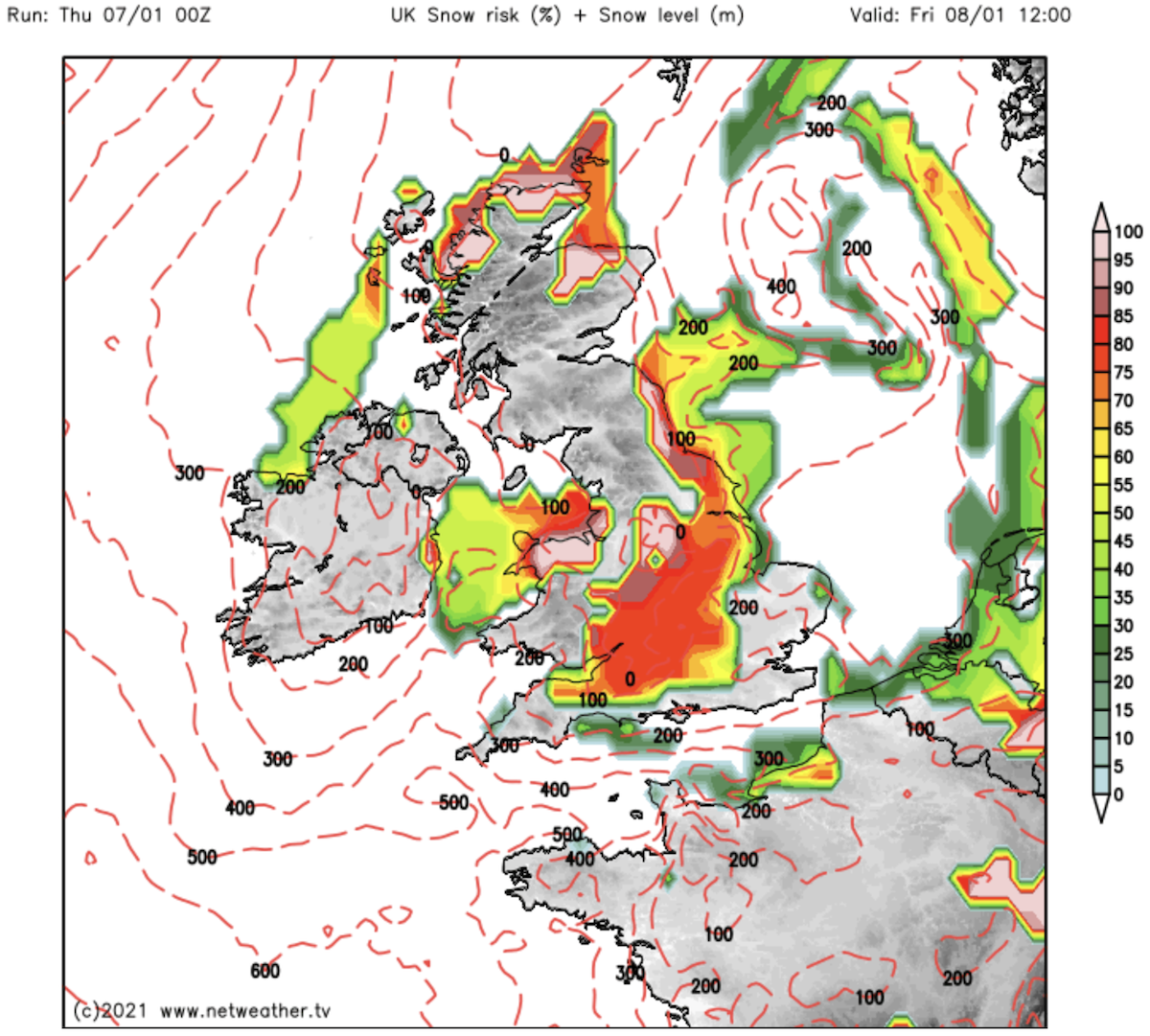 By Friday the Met Office said: “Outbreaks of rain, sleet and snow continuing over parts of England and Wales. 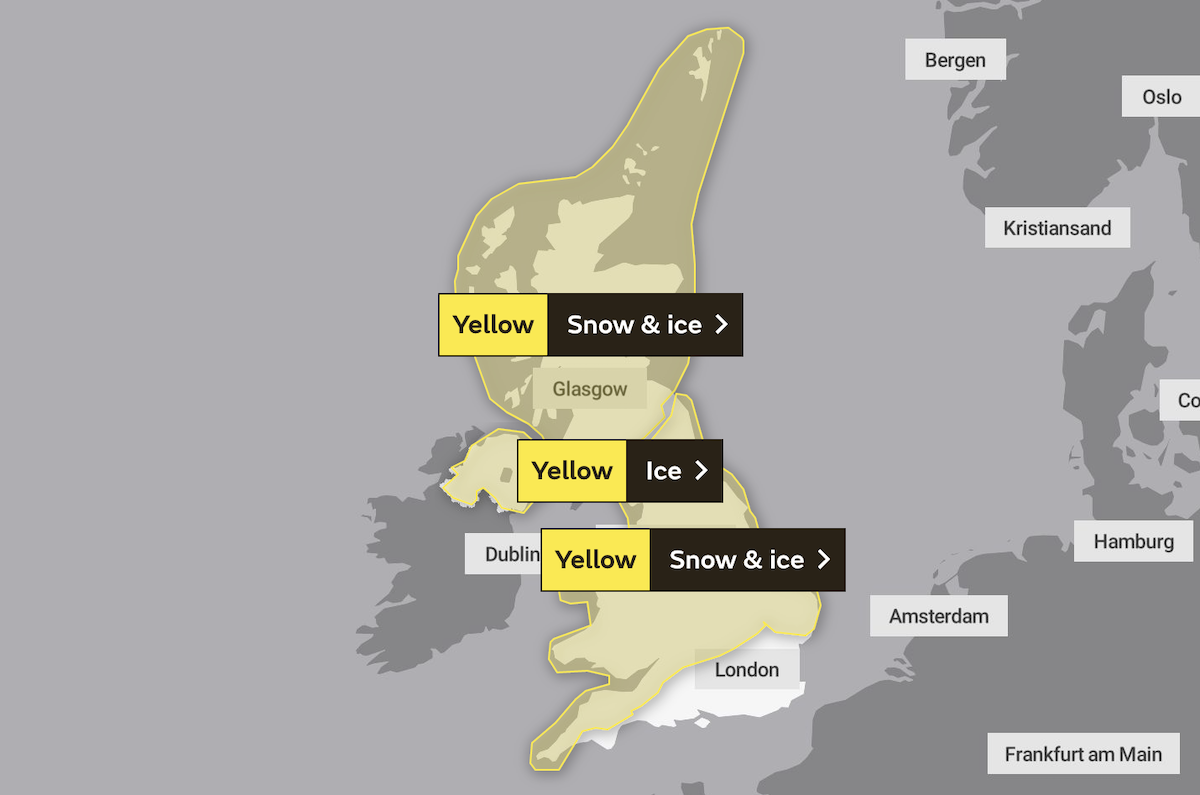 The forecasters have put in place a yellow snow and ice warning covering the whole of Scotland until midnight tonight.

A second yellow snow and ice warning also covers Wales and much of England, excluding the south east, from 5pm today until midnight on Friday.

The BBC forecast snow and sleet will move into Wales and central England overnight.

Netweather forecast Terry Scholey added: “In particular, hilly parts of the Midlands and Wales could wake to a couple of centimetres of snow on Friday morning, with most parts getting a ‘dusting’.

“The sleet and snow continue to march South through the day, to affect all but probably parts of the South East before dusk, but amounts should be small.”

WHO hopes coronavirus pandemic can be over in two years