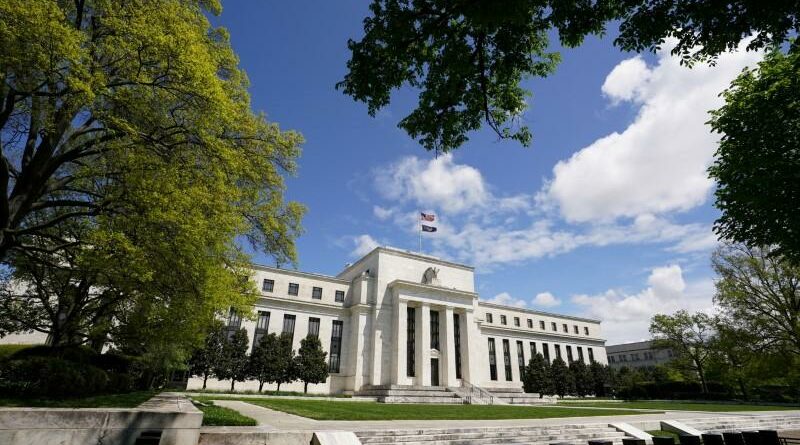 (Reuters) – The U.S. economy is growing at a robust pace and the labor market is rebounding, signaling it is nearly time for the Federal Reserve to start withdrawing its support, several U.S. central bank officials said on Wednesday.

FILE PHOTO: The Federal Reserve building is set against a blue sky in Washington, U.S., May 1, 2020. REUTERS/Kevin Lamarque/File Photo

Policymakers are in the process of discussing how and when they should begin to trim the massive asset purchases launched by the Fed last year to stabilize financial markets and support the economy through the coronavirus pandemic, and there are a range of views.

Kansas City Fed President Esther George said the standard for reducing the bond-buying program may have already been met by the current spike in inflation, recent labor market improvements and the expectation for continued strong demand. “I support bringing asset purchases to an end under these conditions,” George said during a virtual seminar organized by the National Association for Business Economics.

Dallas Fed President Robert Kaplan, in an interview with CNBC, said the U.S. central bank should announce its timeline for beginning to reduce its massive bond purchases next month and start tapering them in October.

In an interview with Reuters, Richmond Fed President Thomas Barkin said it may take a few months more for the U.S. job market to recover enough that the Fed can start to reduce its support for the economy, adding a centrist voice to the open debate over how to reduce the asset purchases.

“We are closing in … I don’t know exactly when that will be. When we do close in on it I am very supportive of tapering and moving back toward a normal environment as quickly as the economy allows us,” Barkin said.

The Fed slashed its overnight benchmark interest rate to a near-zero level last year and agreed to keep purchasing $120 billion in government bonds a month until there was “substantial further progress” toward its inflation and employment goals.

That monetary support, combined with strong fiscal aid, helped to usher the economy out of the crisis and set it on a path to recovery – signaling it is time for the Fed to start withdrawing some of that help, George said.

“Today’s tight economy … certainly does not call for a tight monetary policy, but it does signal that the time has come to dial back the settings,” George said.

Inflation has spiked this year as the economy reopened and supply chain disruptions made it difficult for some companies to keep up with a surge in demand.

President Joe Biden said on Wednesday that his administration is taking steps to alleviate bottlenecks that threaten the economic recovery and that he trusts the Fed to take any steps that may be needed to rein in prices.

Earlier in the day, the U.S. Labor Department reported that consumer price increases had slowed in July, a sign inflation may have peaked.

Fed Chair Jerome Powell has repeatedly said he thinks the inflationary pressures are temporary, but some policymakers say reducing the asset purchases soon could give them more flexibility to respond if inflation lasts longer than expected.

Kaplan told CNBC that the asset purchases do not help an economy that is now struggling with supply, rather than demand, issues and said reducing them soon may help to minimize excessive risk-taking.

“Like a doctor who’s prescribing medication to a patient that’s been through a trauma, if you start to see side effects and you don’t think the medication is very effective … I think best thing to do is, early, begin weaning off that medication,” Kaplan said.

While several Fed officials say recent higher inflation is helping the central bank reach its 2% inflation target, assessing the maximum employment mandate may not be as clear-cut.

The U.S. labor market is still short about 6 million jobs from its pre-pandemic levels. George said the pre-crisis labor market may not be the best metric for evaluating full employment because some people retired early and the pandemic caused other structural changes in the labor market.

Barkin told Reuters it remains an open question whether this fall will see millions return to the job market as schools reopen and programs like enhanced unemployment insurance end, or whether the pandemic, and its now dominant Delta variant, have changed life and occupational choices to such a degree that labor remains scarce.

“If we don’t get a big increase of people going back into the work force when unemployment insurance expires, kids are back in school, summer is over, then I am going to have to ask myself some questions about my assumptions,” Barkin said.

Corbyn readmitted to UK Labour after suspension over anti-Semitism report 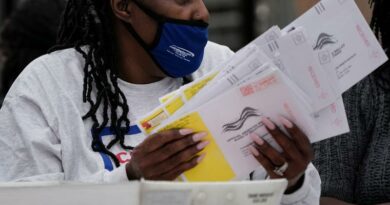 Investors reposition for stimulus, spending and tax as they look to Biden