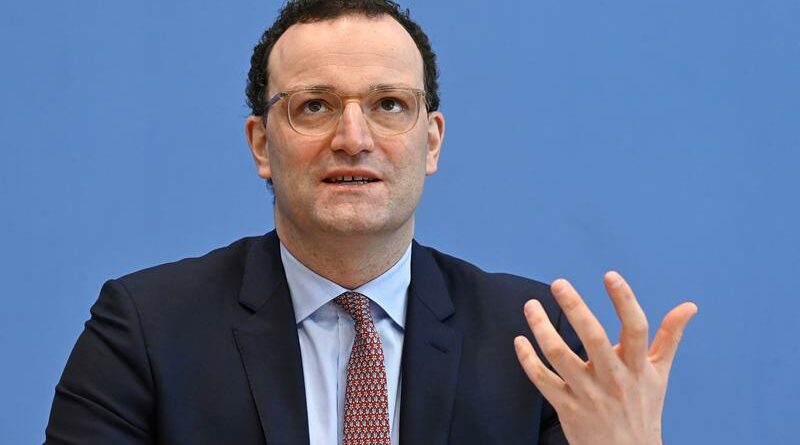 BERLIN (Reuters) – Germany is set to speed up its vaccination programme, but even with declining case numbers the rapid spread of more infectious variants of the coronavirus means nobody should drop their guard, Health Minister Jens Spahn said on Wednesday.

Spahn told a news conference that Germany would have received a total of 10 million vaccine doses by the end of next week. Some 4 million people, mostly carers and care home residents, have so far been vaccinated.

He added that a government programme to offer everyone free, rapid antigen coronavirus tests from March, financed from the public purse, would also help slow the spread of the virus.

The German government has faced criticism for its relatively slow pace of vaccinations, and business is increasingly impatient for an easing of the lockdown, now in its fourth month, especially with case numbers drifting downwards.

While vaccination was voluntary, Spahn urged the public to take up the offer of a jab: “If you wait, you risk serious illness,” he said.

Authorities reported on Wednesday that the number of new cases per 100,000 people over a week was now at 57, near the 50 mark where the epidemic no longer risks overburdening the health system, but well above 35, the point at which the government has promised a cautious opening.

Spahn said the more infectious British variant now made up 22% of new cases, and its share was doubling each week, while the South African variant made up 1.5%.

Other politicians, including Economy Minister Peter Altmaier, called on Wednesday for lockdown in Europe’s largest economy to be ended “as soon as possible,” but Spahn appealed for caution.

“Schools and kindergartens come first,” he said, warning that the impact on spread had to be fully evaluated before considering any further openings.

Oil on track for weekly loss on expectations for ample supply