* Oil falls as storm-hit U.S. supply trickles back into market

NEW YORK, Sept 17 (Reuters) – World shares fell on Friday, pressured by concerns over China’s markets, the potential for a U.S. corporate tax hike and an update on the U.S. Federal Reserve’s tapering strategy next week.

The U.S. 10-year treasury note yield rose to touch a two-month high, and the dollar touched a three-week high.

MSCI’s gauge of stocks across the globe shed 0.82%, while the pan-European STOXX 600 index closed down 0.9% for a third-straight week of losses. So far this month, the STOXX is down about 2%.

MSCI’s broadest index of Asia-Pacific shares outside Japan was 0.09% higher.

In the United States, concerns grew that a potential hike in corporate taxes could eat into earnings as leading Democrats and President Joe Biden sought to raise the top tax rate on corporations to 26.5% from the current 21%.

The Federal Reserve, facing a labor market that may be stalling or on the cusp of a surge, is expected next week to open the door to reducing its monthly bond purchases while tying any actual change to U.S. job growth in September and beyond.

“The big test comes as we move past the Delta wave – we will see how long it takes to loosen up the supply side of the economy,” wrote Bank of America economist Michelle Meyer. “Whether the supply constraints are fleeting or persistent matters for the Fed. The former allows for easy policy to continue.”

Stock market prices were expected to be erratic on Friday due to “quadruple witching” day, when four different futures and options contracts expire.

The yield on Germany’s 10-year government bond, the benchmark for the euro zone, was at -0.280% after rising as much as 3.5 basis points to a two-month high of -0.277%, after a Financial Times report suggested the European Central Bank expects to hit its 2% inflation target by 2025.

Stronger-than-expected U.S. retail sales data on Thursday boosted the dollar, which held steady near the previous day’s three-week high against an index of currencies.

The dollar index, a gauge of the greenback’s value against six major currencies, rose to 93.206, its highest since late August. 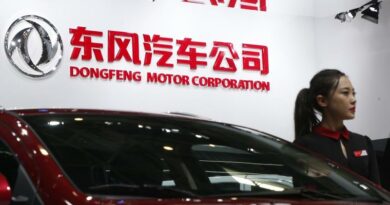