* European and U.S. futures in the green

SINGAPORE/SYDNEY, Sept 21 (Reuters) – Asian stocks struggled for traction on Tuesday in the wake of a sell-off that has shattered months of uneasy calm, as fears of contagion from the distress of debt-saddled developer China Evergrande triggered a global flight from risky assets.

Hong Kong’s Hang Seng set the tone, wobbling between losses and flat, leaving it down 0.1% by late afternoon. Japan’s Nikkei returned from a market holiday with a drop of 2%.

Currency, commodity and bond markets steadied, but were hardly upbeat as investors expect Wednesday’s Federal Reserve meeting to bring the bank a step closer to tapering.

European futures rose 0.3%, FTSE futures 0.7% and S&P 500 futures climbed 0.6% a day after selling hit stocks – especially banks – on both sides of the Atlantic and tipped the S&P 500 to its steepest fall in two months.

The index is now about 4% below a record high it hit in early September.

“The Chinese property market was yet another thing for already twitchy markets to contend with,” he said. “However, this doesn’t mean that it will be a dominant factor forever.”

China’s yuan steadied in offshore trade, recouping a little of the losses that sent it to a three-week low on Monday. Evergrande shares fell 4% as focus now shifts to Thursday when the company is due to make bond interest payments.

Struggling for cash, the developer owes $305 billion and market worry a messy failure could reverberate through China’s property sector and everything exposed to it – primarily banks and then the broader economy.

“For markets to bounce we need to see concrete actions from the authorities to stem any widespread contagion,” said Dave Wang, a portfolio manager at Nuvest Capital in Singapore.

Though China is on holiday, and mainland markets closed, there was little evidence of that yet, with no mention of Evergrande’s troubles in major Chinese state media.

An all-staff letter from chairman Hui Ka Yuan promised the firm would fulfil its responsibilities and “walk out of its darkest moment.”

Australia’s stock market rose 0.2% as miners BHP and Rio Tinto attempted to bounce back from nine-month troughs hit on Monday amid demand fears.

Copper hovered near a one-month low.

Evergrande aside, the next few days present more tests, with a slew of central bank meetings spanning Britain, Japan, Norway, South Africa, Sweden and Switzerland — headlined by the Fed.

Nerves ahead of the Fed kept the dollar from moving much lower, though it notched small losses against the euro and the Aussie, with the euro at $1.1730.

The yen slipped to 109.52 per dollar. The kiwi also eased slightly as comments from a central bank official suggested a cautious approach.

The 10-year U.S. Treasury yield crept up to 1.3277%. Investors are looking to the Fed on Wednesday for any insight into the tapering timeline as well as board members’ rates and economic projections.

Many analysts think details of the Fed’s taper timeline probably won’t be announced until November.

“In the short term, the focus is on the Evergrande issue, but its impact is being magnified somewhat given we’ve got all these central banks meeting,” said GSFM investment strategist Stephen Miller.

“Central banks rightly need to think about the ways they withdraw from these historically high levels of monetary accommodation, but the task is being made much more difficult by Evergrande and by fiscal blockages in the U.S.” 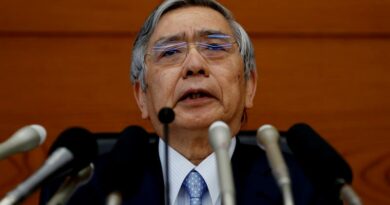 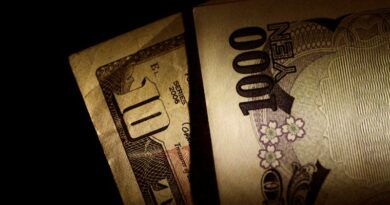