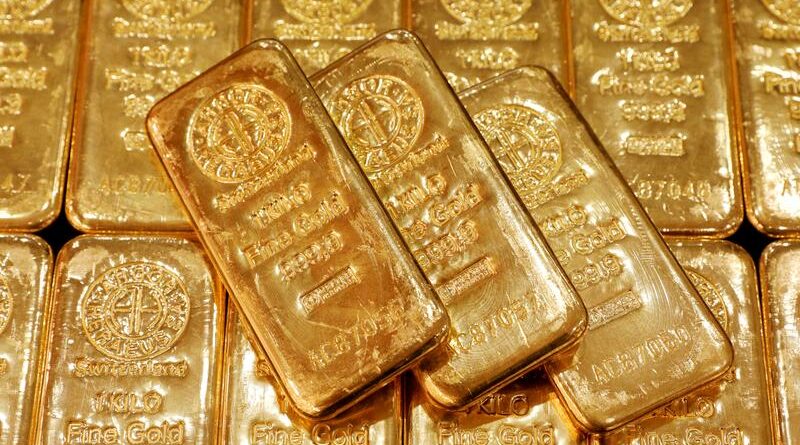 (Reuters) – Gold eased in range-bound trading on Thursday as investors ignored a subdued dollar and squared positions with a focus still on Friday’s non-farm payrolls data that could determine the U.S. Federal Reserve’s tapering strategy.

“The gold market right now is consolidating and does not care about anything else until the jobs number comes up,” said Phillip Streible, chief market strategist at Blue Line Futures in Chicago.

But “if there’s a larger breakdown in the dollar, gold might have some type of bid under it,” Streible added.

Gold investors seemed to take little notice of a dip in the dollar. Bullion typically gains on a weaker dollar as it makes gold cheaper for those holding other currencies.

The data comes on the heels of the Jackson Hole annual Economic Policy Symposium, where Fed Chair Jerome Powell said the recovery in the labour market would determine when the central bank starts slowing its asset purchases.

Gold is highly sensitive to any reduction in interest rates, which decreases the opportunity cost of holding non-yielding bullion.

“Gold prices need to try and push towards highs we saw in August, around $1,830, but for the time being, it’s probably not going to see much movement ahead of the payrolls numbers,” said Michael Hewson, chief market analyst at CMC Markets UK.

The Labour Department’s non-farm payrolls report for August is expected to show 728,000 jobs were created, according to a Reuters poll.